In the lead-up to the Iowa Caucuses on February 3rd, Bernie Sanders will hold two special concert events in the state headlined by longtime supporters Vampire Weekend and Bon Iver.

Bon Iver will perform at the first concert rally, set for Friday, January 31st at the Horizon Events Center in the city of Clive. During the 2016 election season, Bon Iver’s Justin Vernon hosted and endorsed Sanders during a rally in the musician’s hometown of Eau Claire, Wisconsin.

“I believe, unequivocally, that all people deserve support, love, and the freedom to choose how to live their own lives,” Vernon commented in a statement. “There are promises in our constitutional language that are being superseded by money and greed in this country; I believe that Senator Sanders is the only one that has the pedigree, the experience, the courage, and the undying spirit to begin to put these obstacles of freedom to rest.”

Both rallies are open to the public on a first come, first served basis. Fans can RSVP to Bon Iver’s concert here, while Vampire Weekend’s RSVP link can be found here.

Bon Iver and Vampire Weekend join a long list of musical acts that have backed Sanders’ 2020 run. In recent months, Jack White, Ariana Grande, and Cardi B have all pledged their support for the Vermont senator. 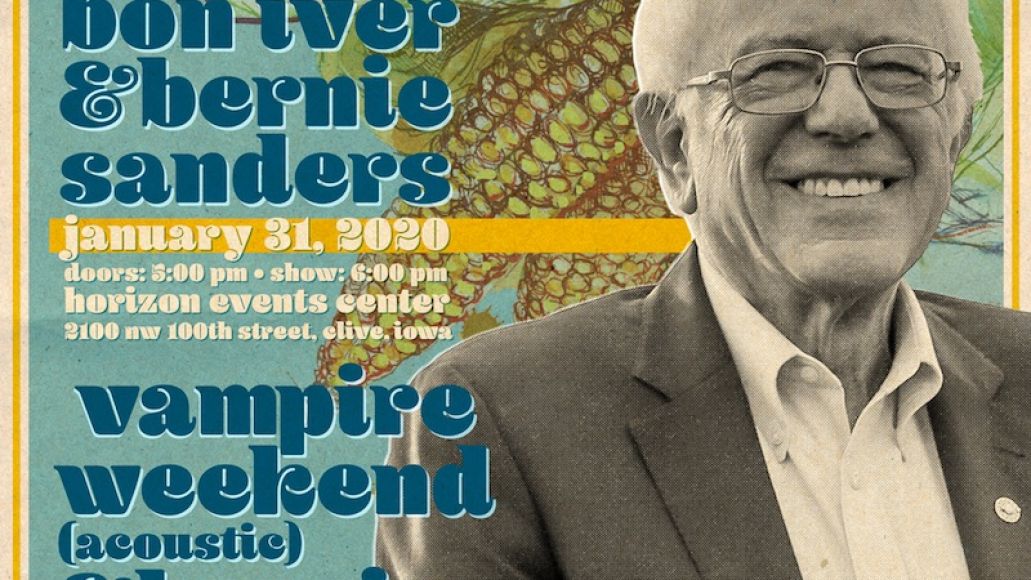