Rock legend Billy Idol used his name — literally — to speak up against cars and trucks idling in New York City during a rally with Mayor Bill de Blasio on Thursday morning.

The “War on Idling” campaign is an effort to cut down the harmful exhaust polluting the air from idling vehicles in the city. The practice of idling — leaving your engine running while stopped for extend periods of time — has been banned by law in New York since 1972, but the problem still persists.

The campaign encourages New Yorkers to report on motorists seen idling in their neighborhoods. Residents who report idlers will be rewarded a portion of the fine.

Given his name, Idol was the obvious face for the campaign, which adopted the inevitable slogan: “Billy never idles — and neither should you!” Shirts and promos for the campaign feature the phrase with a picture of Idol.

“I want to give back to the city, and when I heard about this campaign, it just made sense,” Idol said. “It’s amusing, but it is very serious. If you can, shut off your engine. Save my health, help my lungs. I need my lungs.”

Slapping a celebrity musician on the campaign might sound cheesy, but for the sake of the countless standing vehicles polluting the air on a typical day in the five boroughs, it appears Idol and Mayor de Blasio have taken a ‘whatever works’ approach. And it isn’t totally based on name, as Idol has supported environmental causes in the past.

For more information on the campaign, visit the city’s “War on Idling” website. Watch Idol’s appearance at the rally and see the campaign poster below. 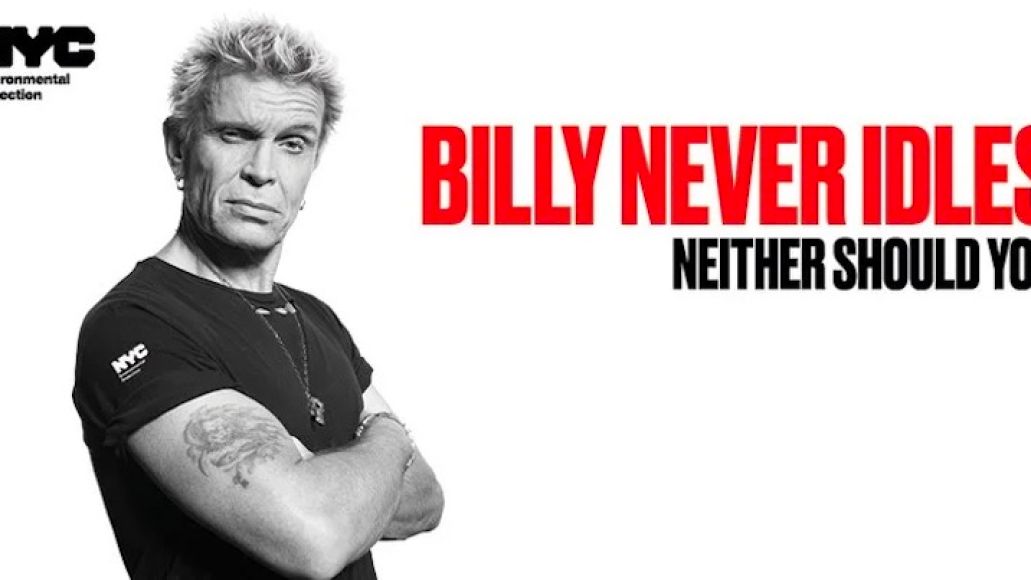