Television usually leans into personal stories over broader-based ones. Every once in a while, shows like The Wire, or Deadwood, or even Game of Thrones try to balance the growth and hardships of communities as a whole, with those of the individuals within them. But for the most part, the medium relies on viewers liking and, more importantly, investing in its characters enough to stick with them for years and years of stories.

That’s certainly true for BoJack Horseman. If there’s an overall trajectory to the show, it’s one of the titular horse sinking lower and lower into recklessness and addiction and depression until, at the midpoint of the series, he hits rock bottom. Then, BoJack slowly but surely pulls himself back together and, in fits and starts, gradually becomes a better person. By the final season, he is, while far from perfect, still a force for good in his friends’ lives, helping set each of them on the path toward their own personal happiness and satisfaction, rather than ignoring their needs in favor of his.

And yet, what makes the show’s final season, and by extension the series, so interesting is that it doesn’t stop there. While BoJack himself is getting better, the show traces the collateral damage his actions have caused, particularly towards the young women unfortunate enough to cross paths with him. Granted, BoJack Horseman, as that title portends, is not about Penny Carson or Gina Cazador or Kelsey Jennings or even Sarah Lynn, but the show refuses to ignore the lives that were affected by his actions, even as BoJack himself recovers. 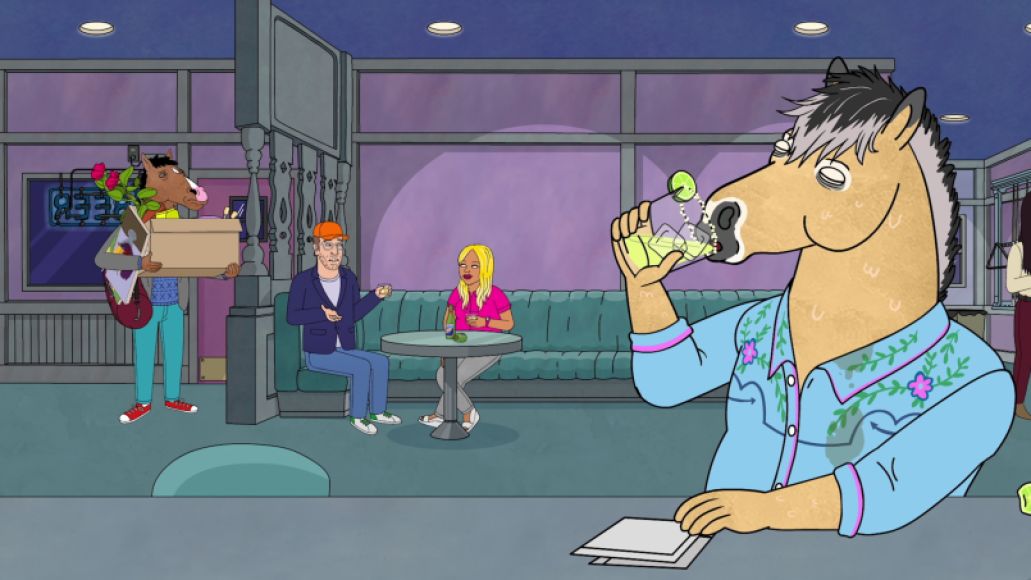 Because of this, the series pulls at both sides of the audience’s sympathies to astonishing effect. We want to see BoJack heal and do better. We want to see the hard work he’s put into becoming a better person rewarded by the universe. But we’re also well aware of the unforgivable pain he’s inflicted upon so many people in his orbit, sins he could get away with through the power he wields and the industry in which he works.

But the show is quite cognizant of this, too. Even before the #MeToo hashtag was coined, BoJack Horseman grappled with such issues in episodes like Season 2’s “Hank After Dark”, and it digs even deeper into those themes in the show’s last gasps. These episodes explore the blowback from the public revelation of BoJack’s worst moments. They show an investigative reporter and a rededicated interviewer sketching an outline of BoJack that is undoubtedly uncharitable but, as BoJack himself admits, still accurate. And on the whole, this last chapter treats BoJack with empathy and rewards him for his self-improvement, but not at the expense of harboring just as much empathy for those whom he’s hurt and whose pain is unchanged by his recovery.

At times, Season 6 flinches from fully committing to that tack. The last eight episodes of the series include shame spirals and grave self-realizations and low moments of remorse and backsliding. But they also offer reminders that the position BoJack occupies, and the spaces in which he operates, still help protect and insulate him from the worst consequences of his actions. After BoJack’s worst mistakes are laid bare in that aforementioned interview, he becomes a pariah. He’s shunned by his industry, cut out of his own show’s reruns, and worst of all, sees Hollyhock break ties with him. These destabilizing events send him into a relapse and put him, nigh-literally, on death’s door. It looks as though BoJack’s worst mistakes are finally catching up with him. 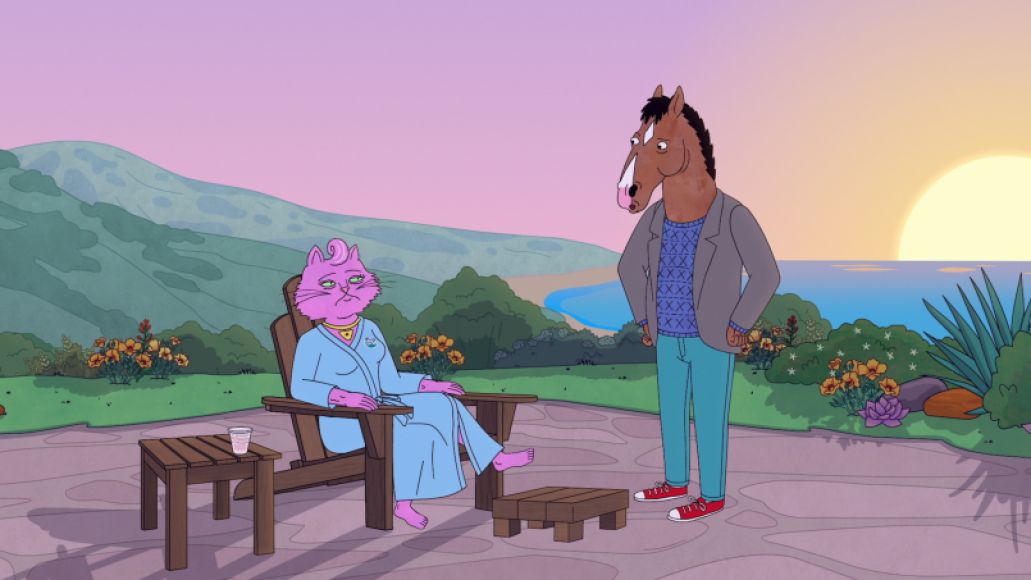 Despite this, BoJack near-miraculously recovers from his near-death experience unscathed. A comparatively brief prison stint gives him no choice but to sober up again. And the series finale suggests that his crass new film will do well enough to open more doors in Hollywood for him, regardless of his ugly past. BoJack pays some costs for his actions, most notably the end of his relationship with Hollyhock and most of his closest friends moving on in their lives without him. But he sidesteps many, if not most, of the worst consequences for what he’s done. At best, the final season presents BoJack as something of a Moses figure, one who’s able guide those closest to him to the promised land of genuine success and fulfillment, only forbidden to truly join them himself.

Much of that premise stems from a cynicism about the way our society still forgives and rewards people like BoJack on a long enough timeline. Mel Gibson is poised to make Lethal Weapon 5. Roman Polanski recently received the most “French Oscar” nominations. Donald Trump bragged about grabbing women’s anatomy, and it didn’t hinder him from reaching the highest office in the land (where he’s currently staving off an impeachment, no less). If these men can still have careers in the public eye after their transgressions, what’s to stop BoJack?

Some of it evinces an unwillingness to fully adopt the Sopranos approach of letting your main character irrevocably sink into the mess he’s made. The penultimate episode gestures toward that outcome in a brilliant impressionistic sequence about mortality and acceptance, only to pull BoJack back from the brink in the finale’s rapid-fire opening montage. Nevertheless, the season and the series draw strength from that essential tension: wanting to see our main character vindicated for all the good work he’s done vs. wanting to see him receive his karmic comeuppance for actions that don’t suddenly disappear. In its final bow, BoJack asks whether that sort of personal recovery, even from a place of understandable hardship, can be enough to atone for a lifetime of wounds inflicted on others. 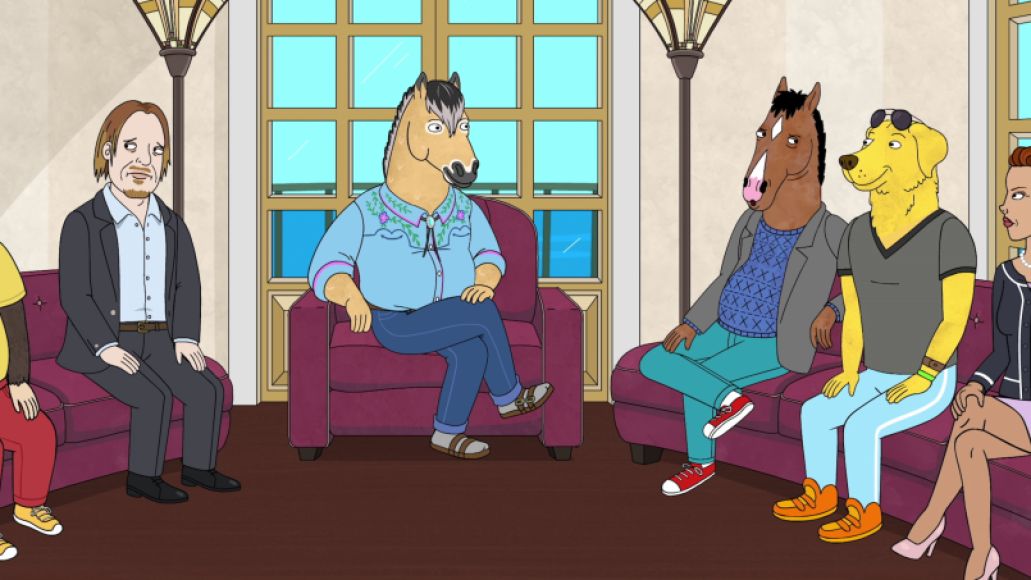 The answer to that question is complicated and not wholly satisfying, in the way that answers to those kind of hard questions should be. But the series laudably plays in that space, finding humor but also poignance in the inflection point between one person’s individual path toward self-betterment, and the broader path of destruction they cut to reach it. There’s laughs to be had in BoJack finding himself reduced to portraying the titular “Honry Unicorn” in a tawdry comedy movie. There’s pathos in seeing him work so hard to earn familial love with his sister he could never forge with his parents, only to see it slip away when she learns about his weakest moments. There’s melancholic warmth in seeing BoJack’s closest friends still care about him, but understand that they’re not responsible for him anymore. As in the real world, there’s a sense of righteousness to seeing women tell their stories and extracting, however briefly, a measure of justice against this person who blithely hurt them.

All of this is what makes BoJack Horseman unique among most television series, especially in the animation medium. It’s willing to plumb the depths of one famously sad horse’s personal descent and slow rehabilitation. But it’s also apt to widen its lens, invoking the names and stories and scars of those farther away from the marquee and the broader community that both enables his behavior and suffers its harms.  After all, we know the names of more abusers than of the abused. We see more stories of redemption than of the people still laboring under the original damaging act. We think about the art we might have lost had the transgressors been shunned, but not the great work we never got to see from their victims. BoJack’s final season still cares about its title character’s struggles and his efforts to do better, but it also means to be a corrective, maybe even a warning, not to blind ourselves to the ways in which these systems stop our communities from getting better.

With that, the show gives us a mirror, one reflecting the social structures that too often push our focus toward individual malcontents and their personal stories, while relegating the people they’ve hurt to the background. It says that personal growth is necessary and worthwhile, but not a substitute for trying to repair the damage we’ve caused. And it tells us that, in the end, c; they stay with us, and give us reason to help heal those we’ve hurt, not just ourselves. That notion should resonate long after Netflix’s autoplay ushers us along toward something else.

In Its Final Season, BoJack Horseman Tallies the Costs of Hurting Others While Saving Yourself