Crate Digging is a recurring feature in which we take a deep dive into a genre and turn up several albums all music fans should know about.

Let’s start this off by clearing up a big misconception that must be addressed: K-pop is not a genre. A type of music? Sure. An industry? Yes. A musical scene? Definitely. But not a specific genre. Boom, now we can move forward.

In all seriousness, though, K-pop is more of an umbrella term that encompasses many genres like hip-hop, synthpop, rap, EDM, and pretty much everything else –often mixed together into one single song. For categorization purposes, it’s easier to just box Korean idols and pretty much any Korean artist that has a fan base outside of Korea into “K-pop” and call it a day. But when even in the idol world you have groups as starkly different as the bubbly, happy-go-lucky TWICE and the grungy pop-EDM of NCT 127, and then you add popular R&B soloists like Heize or Crush, while also bringing in rappers like Zico into the mix, “K-pop” as a specific genre moniker just doesn’t make sense.

CedarBough Saeji, a professor in Korean Studies at Indiana University Bloomington known as “The K-pop Professor” on social media, points out that one of K-pop’s most distinctive characteristics is that it is genre fluid. In a recent-ish podcast, Saeji explained K-pop with a recipe analogy. “If you’re gonna make banana bread, then you definitely need bananas in there. And you need to have some flour, and some things like that. So what else is there? You need enough of the ingredients that people recognize as being primary ingredients of K-pop. If you have enough of these key elements that make up K-pop, then [that’s K-pop],” she said.

When it comes to production, K-pop is always shifting; songs that are popular now sound very different to those released just two years ago when the trop-house craze was booming, or even that weird dub-step stint eight years ago. K-pop thrives by either beating the trendy sounds of the day to a pulp or living a few years ahead in the pop future — that’s why K-pop songs either age terribly nostalgic or transcend the boundaries of aging.

Album Review: BTS Justify the Hype on the Reflective Map of the Soul: 7

Also, as an industry, K-pop focuses more on singles than complete bodies of work — though this is slowly changing — and B-sides often serve as fodder to sell the glitzy main song. However, if you consider yourself a multi-fan (meaning a fan of multiple groups in K-pop lingo), you might be more open to explore the albums of many other groups outside of your faves and expand your K-pop experience.

As aforementioned, time isn’t exactly the kindest to K-pop, and while classic songs instantly come to mind, albums are a tougher task. That’s why instead of focusing on quintessential albums, we’re opting for a range of artists and albums that showcase just how genre diverse K-pop really is. 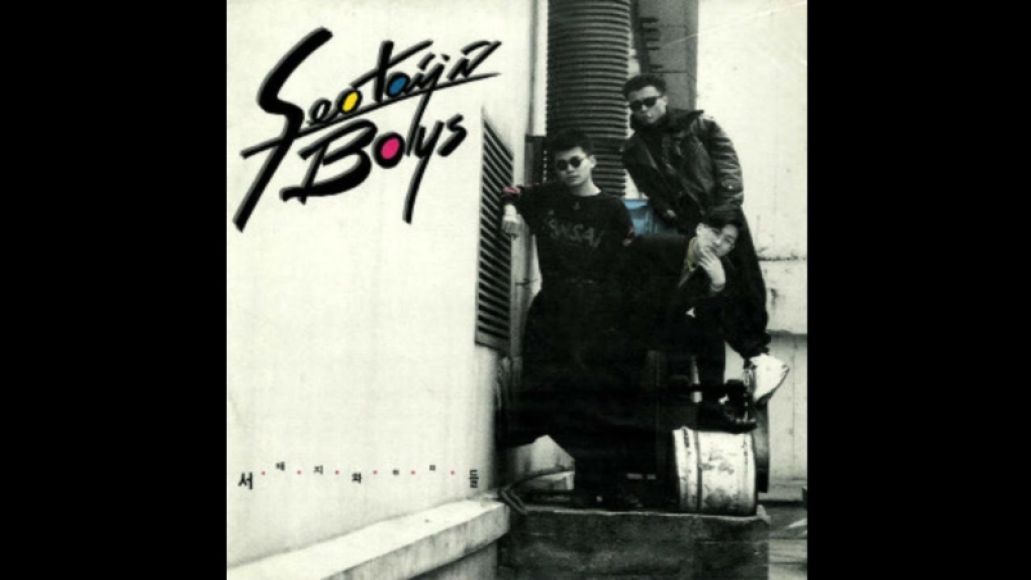 When it comes to K-pop, we can point to Seo Taiji and Boys as the founding fathers. The trio are credited for revolutionizing Korean pop music — which, at the time, was mainly ballads and trot — when they imported sounds popular in the West and mixed rap, new jack swing, and techno on their 1992 debut, “I Know”, paired with an infectious choreography and trendy fits. Much like the single, the self-titled album incorporated a multitude of genres, sonically falling somewhere between New Kids on the Block, “Pump Up the Jam”, and Milli Vanilli-esque R&B. Their debut album single-handedly shifted the industry’s focus on the younger demographic as the main consumers and thus created what is now the culture around K-pop.

Top Track: “You, In the Fantasy” 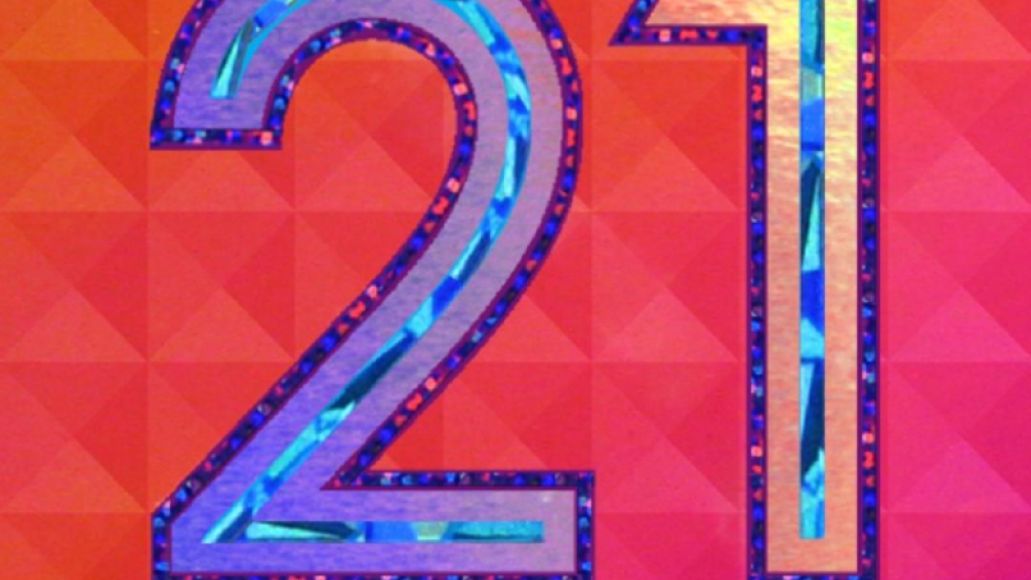 For the longest time, 2NE1 was almost synonymous with K-pop to listeners in the West, and the songs on their first studio album laid the foundation for them to become one of the most iconic groups in the scene. Characterized by their badass image and self-empowering lyrics, To Anyone solidified their impact. True to the trends of the late aughts, the album features heavy Auto-Tuning, repetitive hooks, and electro-pop craziness, but in the best way. At the time, 2NE1 was the only female ensemble blending hip-hop, reggae-pop, and synthpop in songs like “Clap Your Hands” and “Can’t Nobody”, which ended up becoming their sonic identity. The album also highlighted their singing chops on “It Hurts” and “You and I”. 2NE1 went onto have much bigger records, but To Anyone was their first full-length that would influence generations of both fans and K-pop girl groups. 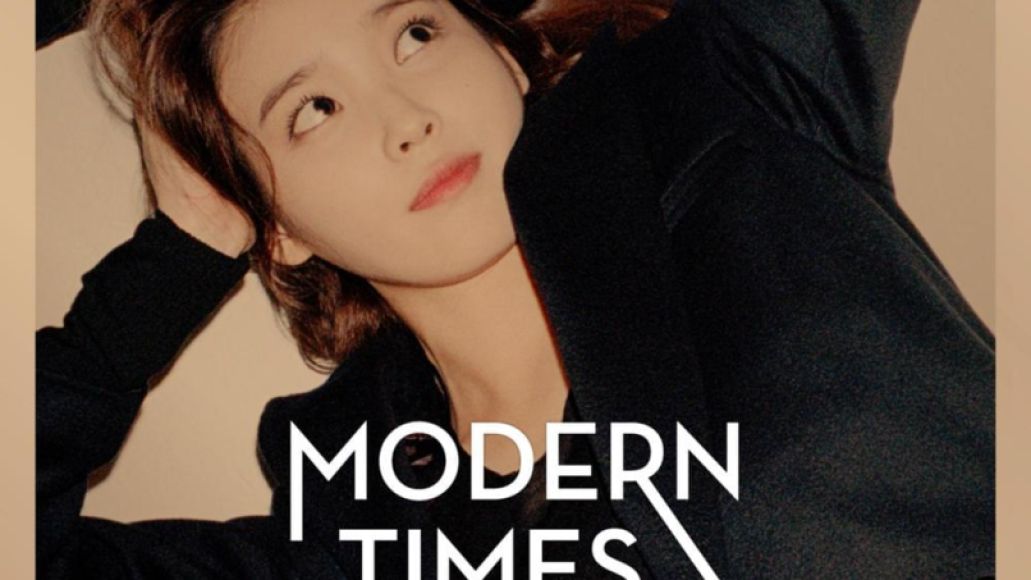 Throughout the first part of her career, IU was known as the “Nation’s Little Sister” for having a bright, innocent, Disney-type persona. Modern Times and its reissue, Modern Times Epilogue, changed that. On this album, the singer explored big band on “Red Shoes”, Latin swing on “Everybody Has Secrets”, and also kept it pop-friendly with lead single “Friday”, as well as sprinkle jazz and bossa nova throughout its entirety. Not exactly the album you expected from a then 20-year-old pop starlet. Modern Times Epilogue is a prime example of why K-pop just isn’t a genre, but a genre-fluid music scene that will even invoke gypsy jazz if needed. 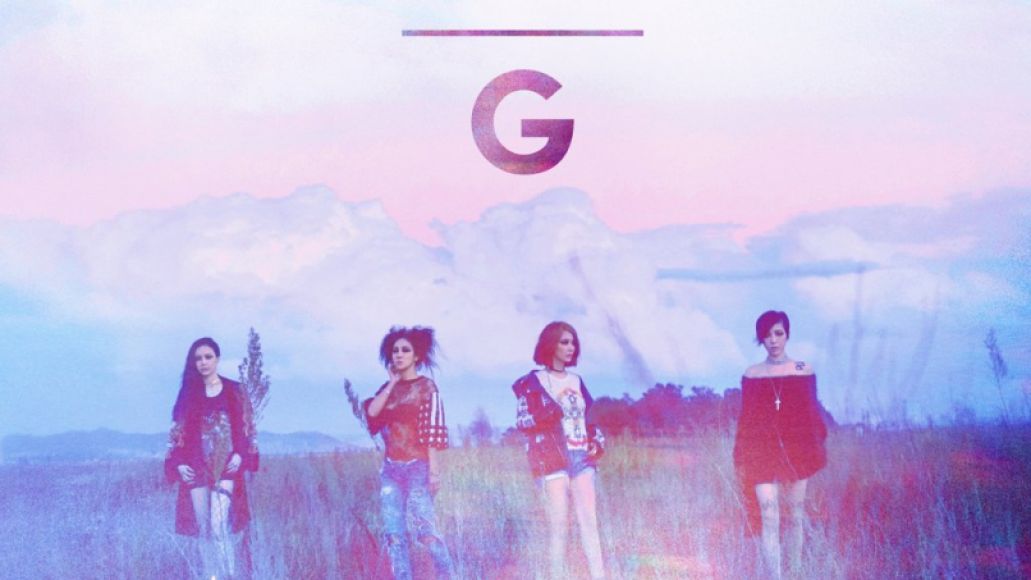 By the time BASIC came out, the vocal group Brown Eyed Girls had nothing else to prove, and yet, they put out an album to remind listeners just why they’re K-pop icons. Though sexiness is often used as a concept in K-pop, girl groups are never awarded their own agency over their sexualities. Brown Eyed Girls have never put up with that double standard, and being the queens of provocative, raunchy concepts, BASIC is full the sexual innuendos (masturbation on the brassy “Warm Hole”, sexual yearning on the breezy “Time of Ice Cream”) and sensual maturity (the ethereal “Wave”) that women in their 30s are allowed to experience. Though no song sounds like another, BASIC is consistent in BEG’s strong vocal performances and the tendency to keep pushing the envelope and play with melodies 10 years into their career as a group. 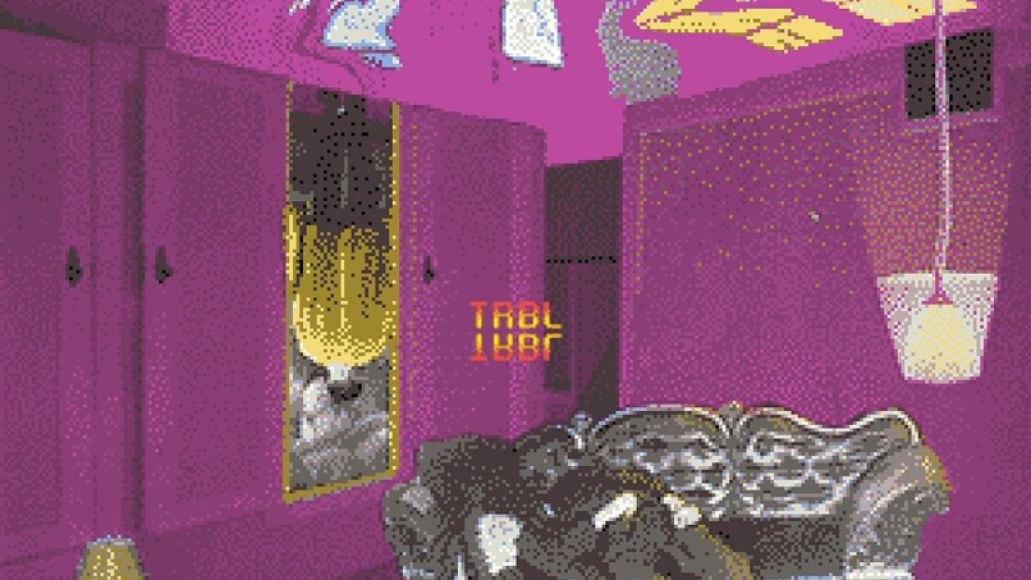 Though K-pop artists have been incorporating R&B into their music since the ‘90s, the second half of the 2010’s birthed a slew of exclusively R&B singers and saw the genre break into the mainstream. One of the artists to do so, elevate the scene, and come out on top was DEAN. Blessed with the falsetto of an angel and opting for a hip-hop soundscape, the singer crafted an album that thrusted Korean alt-R&B into the future. There’s something for everyone on 130 Mood : TRBL: ‘90s funkiness with “21”, the trap-infused “Bonnie & Clyde”, and the jazzy piano on “What 2 Do”. Korean R&B is one of those murky territories where one questions whether it’s considered K-pop or not. But with DEAN’s strong global fan base and a presence that rivals idol groups, it’s important to at least recognize his impact on the scene.

BTS — The Most Beautiful Moment in Life: Young Forever (2016) 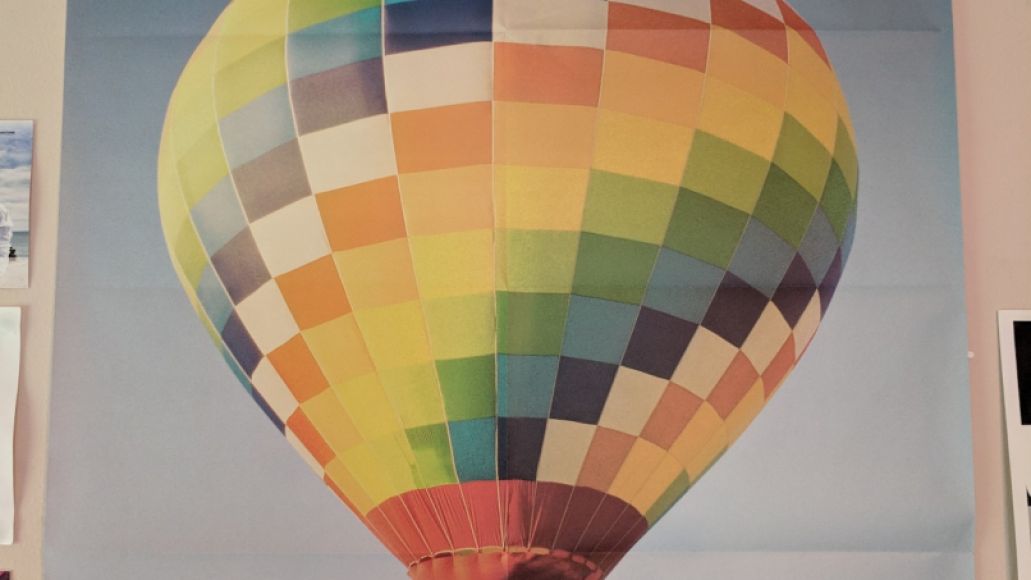 There’s no denying that BTS is the biggest band in the world. And though they’ve reached the top spot on the Billboard 200 with their last three albums, it’s the tracks on the compilation album The Most Beautiful Moment in Life: Young Forever that served as the launchpad for them to take over the world. Just like the singles on the previous installments of the series, “Save Me” and “Fire” see them stray from their strong hip-hop roots and begin experimenting with electro-pop. On the album cuts, the members showcase their individual skills (the vocal-line on the haunting “House of Cards”, the rap-line dissing older generations that see the youth as entitled on “Silver Spoon”) and put the spotlight on their growth as artists. On The Most Beautiful Moment in Life series, BTS matured from student hooligans to young adults trying to figure out adulthood while trying to hold on to their youth for as long as possible. Young Forever laid the groundwork for what we now know BTS is capable of doing and so much more. 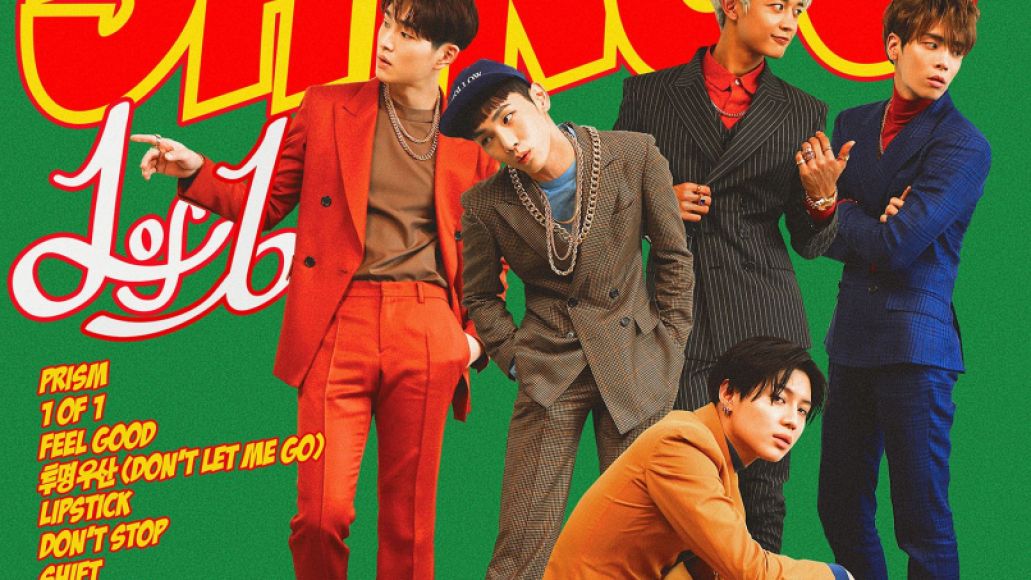 Throughout their entire career, SHINee have had their fingers on the pulse of what’s next in K-pop and have built their brand on it, and with 1 of 1 and its callbacks to the ‘90s, it was no different. Leave it to SHINee to make new jack swing (“1 of 1”, “So Amazing”) and UK garage (“SHIFT”, “Feel Good”) seem fresh in 2016. The vocal performances are also nothing to sleep on, for the members’ distinct, individual tones color songs like the sensual and yearnful “Don’t Let Me Go” and “Lipstick” beautifully. No one in K-pop successfully experiments with sounds quite like SHINee. 1 of 1 is a retro-sounding album not only invoking the ‘90s, but expanding on the R&B stylings the quintet have used since their early years, but with more mature, lush vocals. 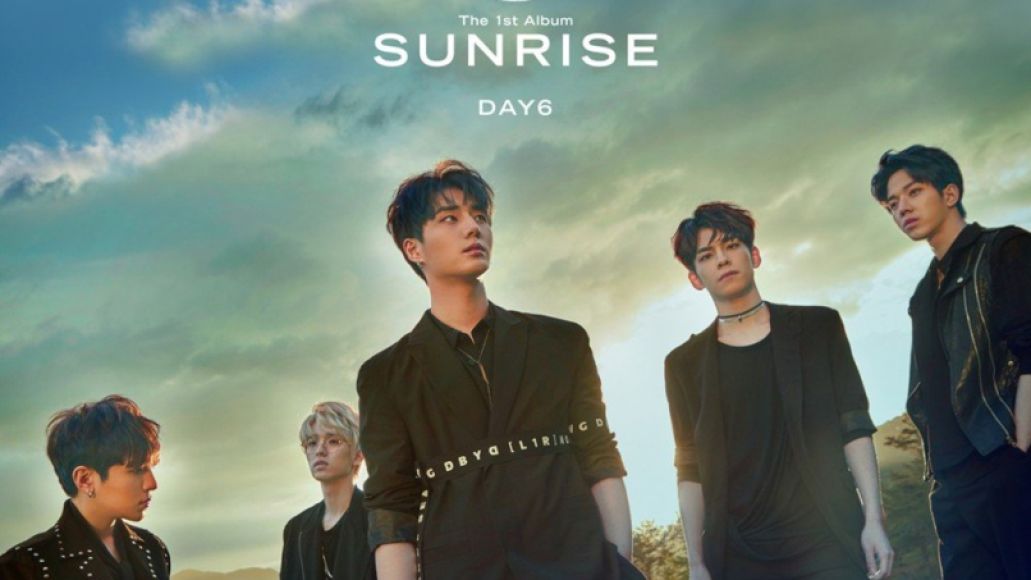 Though not as prevalent as dance groups, pop-punk bands also have a place within the K-pop scene; they’re referred to as “idol bands,” and Day6 is the most popular one right now. After working on a project where they released a promotional single and a B-side every month for a year, the quintet compiled all their work in Sunrise, a romantic, angst-filled album powered by the members’ strong vocals and all the bells and whistles of a proper K-pop production. With catchy tunes like “DANCE DANCE” and “Man in a Movie”, and songs that hit you right where it hurts like “Goodbye Winter” and “I Wait”, Sunrise has something for all those broken hearted, depending on how you chose to alleviate the sense of loss. 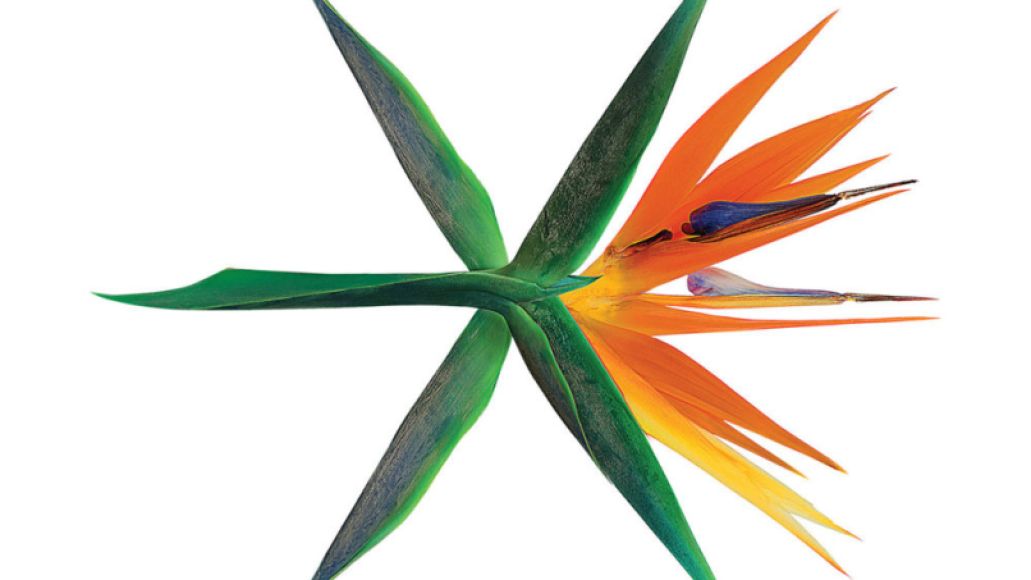 From the dramatic album opener, “The Eve”, it’s clear that EXO were done playing up the alien concept they’ve been loyally portraying since their debut and were now focusing on presenting a more mature side with longevity. Though they expand on their futuristic, funky leanings and the soundscapes they’re known for and have excelled in with tracks like “Touch It” and “What U Do”, they also get weird  — in a good way! — with the eerie, reggae-infused single “Ko Ko Bop” and the glitchy, genre rollercoaster “Chill.” THE WAR’s production, as well as the members’ soulful vocal performances, showcase how a group with an established sonic identity builds upon it and evolves in their artistry. 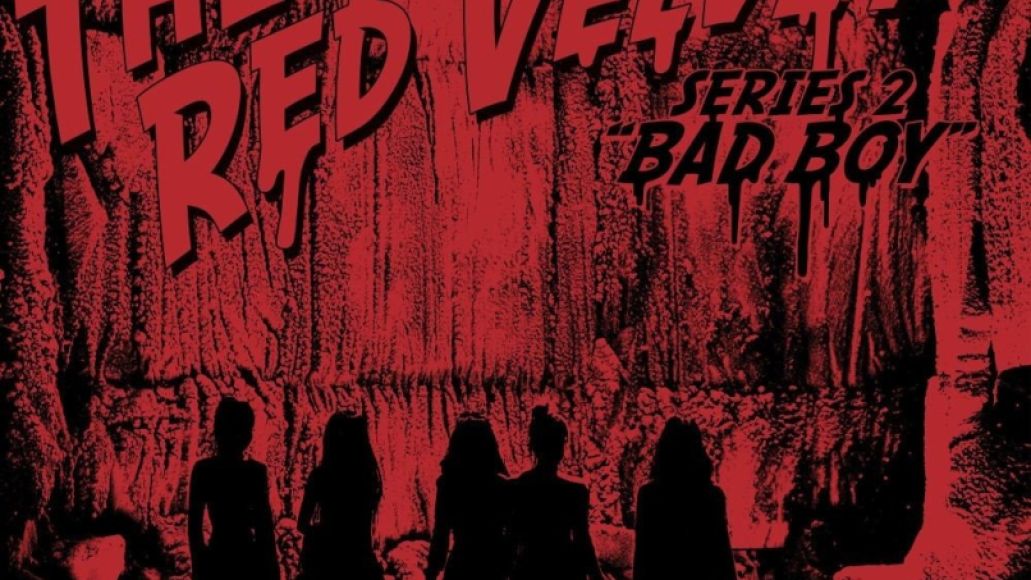 Red Velvet, among many things, have built a reputation out of having an unmatched repertoire of stellar B-sides when it comes to K-pop girl groups. And the reissue of their The Perfect Red Velvet album is their magnum opus. Though the singles, “Bad Boy” and “Peek-A-Boo”, give us Red Velvet at their cheeky, R&B vocals best, the album cuts explore everything from nu-disco to trap-beats to beautiful harmonies. Red Velvet started out their careers by separating themselves into two identities: “Red” is the vibrant side while “Velvet” is the sultrier one. The Perfect Red Velvet, with songs like “My Second Date” and “Attaboy,” broke that binary by combining both identities and making them work as one bold, yet sleeker, nuanced persona. They also relied on their emblematic “velvet” sound with lush alt-R&B ballads “Perfect 10” and “Kingdom Come”. The repackaged version of The Perfect Red Velvet set Red Velvet up as the cool girls of K-pop and also leading, key players in a highly impacted scene.