It’s an election year in the United States and legendary Canadian hardcore-punk outfit D.O.A. aren’t keeping quiet. The band has announced that its 18th studio album, Treason, will be out March 15th. They’ll also hit the campaign trail supporting Dead Kennedys on a East Coast tour in March followed by headlining dates across North America in May and June.

The politically charged new album is in line with D.O.A.’s sentiments for the past four decades: a “musical reaction” to the “dismaying news coming out of world capitals,” according to the press release.

The band that once blatantly blasted former US President Ronald Reagan with “F**cked Up Ronnie” now take on current US President Donald Trump with the reworked yet equally as blunt, “F**cked Up Donald”. They also chide Trump’s entire cabinet with opener “All the President’s Men”.

Other tracks focus on topics such as the unfair treatment of refugees and global warming. Elsewhere, the band offers brutal takedowns of the misogyny, bigotry, and warmongering of the current Trump administration. 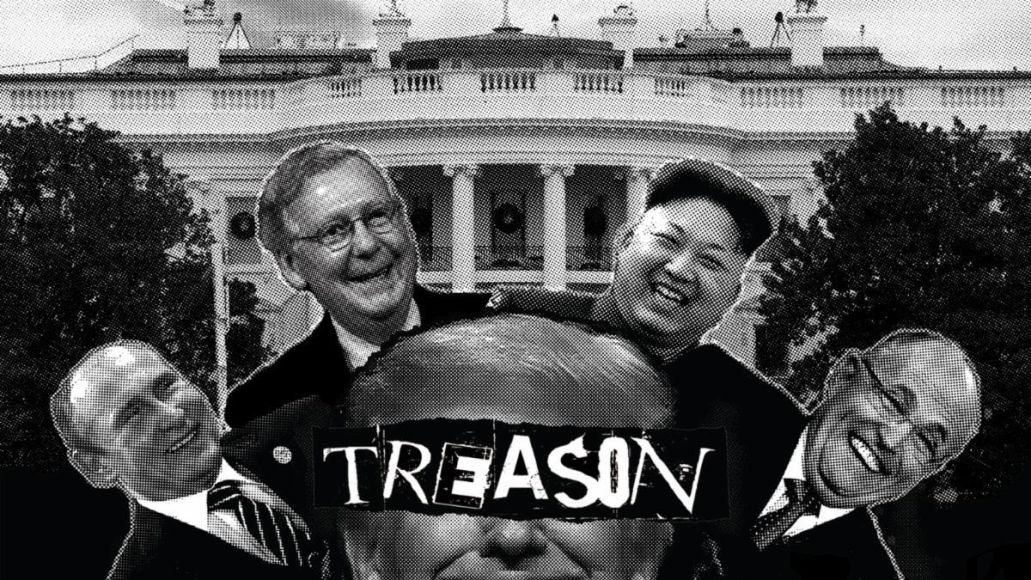