Metal fans have been taking a deep dive into Metallica’s music for more than 35 years. Now, a deep dive into the sea has resulted in a newly discovered creature named after the iconic band.

The deep-sea creature has been dubbed Macrostylis metallicola. According to Phys.org, the crustacean was discovered by Dr. Torben Riehl of the Senckenberg Research Institute and Natural History Museum Frankfurt and Dr. Bart De Smet of Ghent University in Belgium. Riehl’s love of Metallica led to the creature’s name.

“The powerful music of Metallica has accompanied me the majority of my life,” explained Riehl of the creature’s name. “Songs such as ‘Master of Puppets’ and ‘One’ are outstanding masterpieces in rock history and I am thrilled to be able to give something back to the band by naming a new species after them!”

Macrostylis metallicola was discovered in the abyss of the northern Pacific while the scientists were conducting environmental baseline studies as part of a broader environmental impact analysis. The creature inhabits the Clarion Clipperton Zone, which sits roughly between Hawaii and Mexico.

Metallica themselves have acknowledged the honor, giving the creature’s name a metal logo, and expressing gratitude in an Instagram post:

“We’ve played on all seven continents, made it into the Rock & Roll Hall of Fame and now… we’re a crustacean! Senckenberg researcher Dr. Torben Riehl and Dr. Bart De Smet of Ghent University in Belgium have discovered a new crustacean species in the depths of the northern Pacifica Ocean and decided to name it after some rock band… Welcome to our world Macrostylis metallicola!

First of all, stellar name Dr. Riehl. Second, what an honor! Not only did Dr. Riehl name his discovery after a band as he has been a fan since childhood, The Thing That Should Not Be has a few things in common with us. The worm-like creature dwells in complete darkness, has no eyes, and is colorless. Talk about Blackened! It also lives amongst metallic nodules containing cobalt, copper, manganese, nickel, and rare-earth elements. So it basically lives in a rock stadium? Now that’s one metal crustacean!

You just never know what you’ll find ‘lurking beneath the sea.'”

Metallica recently canceled their headlining appearances at the Sonic Temple and Louder Than Life festivals, explaining that those weekends conflict with an important recovery program for James Hetfield. The frontman had entered rehab in September in an effort to deal with his addiction struggles.

However, Metallica will still play the Epicenter, Welcome to Rockville, and Aftershock festivals, and embark on a South American tour in April. Pick up tickets here. 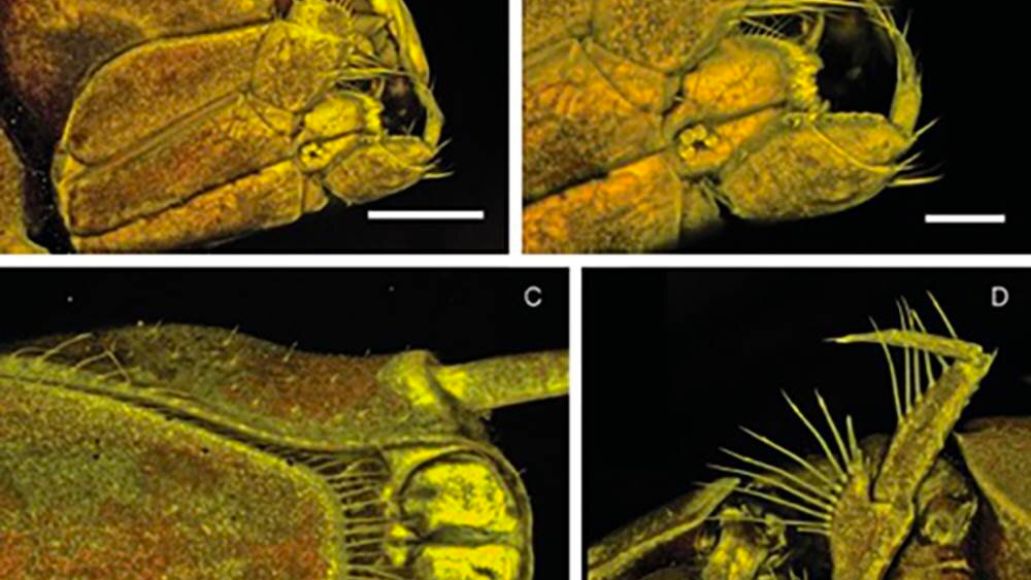