The Pitch: Five “lucky” guests are delivered to Fantasy Island, where they are warned by caretaker Roarke (Michael Peña) that they each have one wish that must be played out to completion. This includes Melanie’s (Lucy Hale) revenge plot on her high school bully Sloane (Portia Doubleday), Elena’s (Maggie Q) redo of a marriage proposal, Patrick’s (Austin Stowell) desire to enlist, and brothers Bradley’s (Ryan Hansen) and Brax’s (Jimmy O. Yang) quest for a banging party. Naturally, none of their fantasies play out in expected fashion as it is revealed that their secret desires are not only very real, but also have deadly consequences.

Be Careful What You Wish For: Early in the film, when the rules of the Island and the film itself are being clarified in plodding exposition to both the guests and the audience, Roarke explains to Elena that most people opt for mundane fantasies, often involving “sex stuff”. Ironically, this not only describes Bradley and Brax’s wish, which involves a kind of Spring Break pool party that encourages equal opportunity ogling of male and female models, but also the film’s entire premise, which is predicated on a series of truly uninspired desires.

One of Fantasy Island’s biggest issues is that it simply isn’t interesting. Not unlike a horror anthology, Jeff Wadlow’s script, written with frequent collaborators Jillian Jacobs and Christopher Roach, is forced to divide its attention between four separate storylines. And like anthologies, not all of these narratives are created equal or – in this case – three of the four are the equivalent of a cinematic sedative. 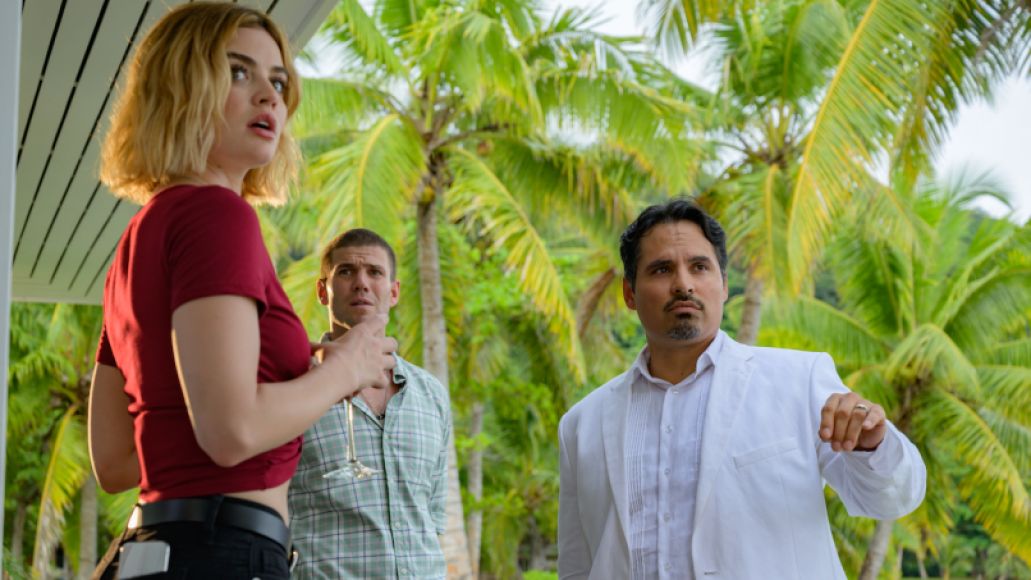 Bland Paradise: The most engaging storyline is Melanie’s quest for revenge, which is both relatable and features the most visually distinctive look of the film. Overall the vast majority of the film has a bland tan sand and leafy green color palette that, paired with a soft “three drinks into a bender” lighting scheme feels more like an advertisement for an all-inclusive resort, not a threatening horror film.

Hellraiser Is a Puzzle of Pain and Desire, But Also a Love Story

Boredom Trumps Diversity: While Fantasy Island arguably attempts to infuse its narrative with a diverse and representative cast headed by women and POC, it fails to offer anything for its talented cast to do. Hale comes across best, partially because she has the most engaging storyline and partially because she’s the most outspoken character (who doesn’t love an outspoken drunk?). Her banter with Doubleday is decent, although Melanie’s efforts to hide the truth of her relationship from Sloane is painful and goes on for far too long.

Maggie Q is criminally misused as the emotional centre of the group, in part because the film saddles her with the boring storyline. Ditto for Abercrombie-esque Powell, who barely emotes and has nothing to do. Hansen and Yang have decent chemistry, but their characters are also aggravating and undercooked. Even the presence of genre vets like Peña and Michael Rooker (sporting an utterly atrocious curly wig) don’t help because they are little more than cameos. 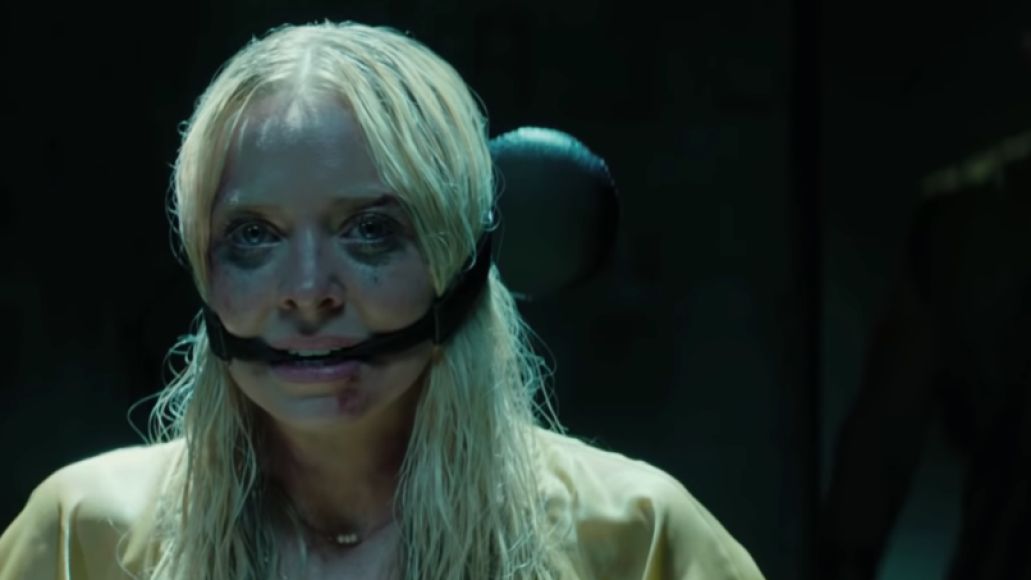 Restart The Fantasy: As each member of the group wanders away to engage in their boring fantasy, the film’s lethargic pacing immediately becomes its downfall. Not only are most of the individual desires dull and uninteresting, each time they threaten to become engaging, the film cuts to one of the others. Cross-cutting between four different storylines creates an interminable start/stop, a bizarre creative decision that continually undercuts any sense of rising action or anticipation. This is particularly egregious whenever we cut back to Elena’s storyline, which features no action or horror elements.

Even as the “mystery” of what is truly occurring on the Island is sloooooowly revealed, it feels far too laboriously drawn out. Not helping matters is that even as the individual fantasies finally begin to coalesce, Wadlow, Jacobs, and Roach tack on a whole other act to expand and elaborate on the nature of the threat, complete with unkillable villains whose eyes ooze black goop – just like last year’s remake of Black Christmas, another Blumhouse production (perhaps the inky sludge was purchased in bulk and split between the two films?). By the time the characters come together to battle their literal demons in an underground cave, it’s impossible to care about the outcome – laughable and overwrought as it is. 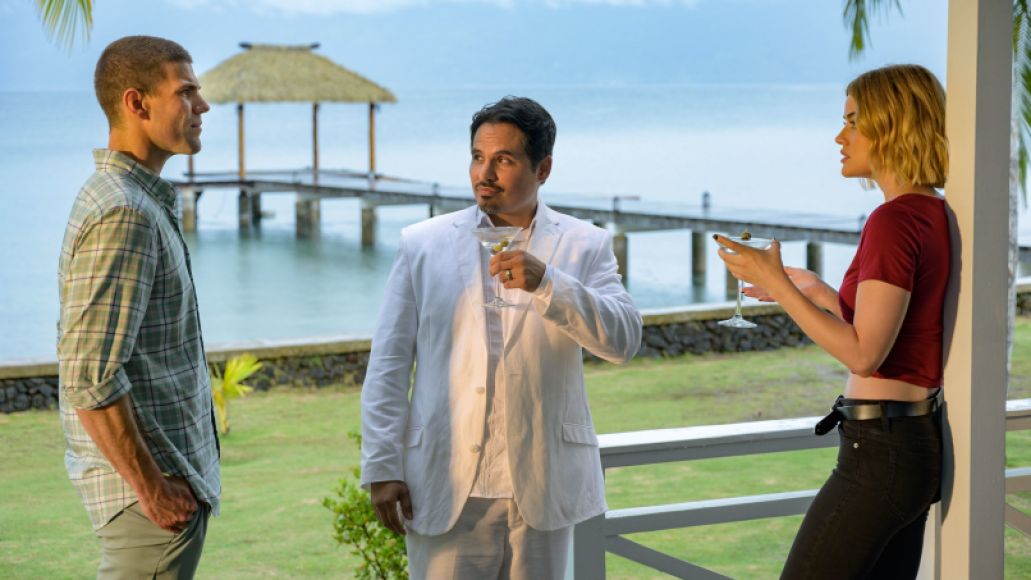 The Verdict: Ultimately Fantasy Island’s four-for-the-price-of-one narrative and its excruciating hour-and-50-minute runtime doom it. The film is visually bland, lacks charismatic characters or interesting backstories, and long overstays its welcome with an egregiously protracted third act that feels interminable. Dismiss any fantasy that Fantasy Island is worth checking out; this is so far the worst horror film of the year.

Where’s It Playing? Fantasy Island is available to cure insomniacs in theatres everywhere.