The Pitch: Everyone has a favorite scene or quote from Joel & Ethan Coen’s 1998 neo-noir odyssey The Big Lebowski. If you were partial to the eerily sensual game that Lebowski loses to bizarro sex maniac Jesus Quintana (John Turturro) — he licks his bowling ball after buffing it between his legs, turning the least sexy game in American into the most for a brief shining moment — then, brother, you’re in luck. Turturro has unleashed “the Jesus” for a caper all his own with The Jesus Rolls, an experience the rest of the film slate of 2020 is going to have work hard to top for easy charm and loopy humour.

The Jesus Rolls is a non-stop delight, the kind of comedy that seems to exist simply to deliver the next line of dialogue or incongruous gag. It follows Jesus, his buddy Pete (Bobby Cannavale), and an amorous hairdresser named Marie (a never-better Audrey Tautou), as they lope from one theft and small time job to the next, encountering lowlifes of every denomination along the way. There’s no plot and very little character development, and more movies should be exactly like it.

Going Places: The film isn’t as random as it initially appears. Turturro, for whatever reason, decided that the best vehicle for the Jesus character was the script for Bertrand Blier’s 1974 movie Les Valseuses, written by Blier and Philippe Dumarçay, and based on the former’s novel. Les Valseuses was a deliberate and aggressive provocation, a kind of nose-thumbing at the lazy French middle class.

In that film, two crooks (Gérard Depardieu and Patrick Dewaere) steal whatever’s in front of them and spend their spare time harassing and romancing women in equally boorish fashion. They’re meant to represent the antithesis of French culture, neither soldiers nor artists, just layabouts who are alternately hounded and rewarded for their terrible behavior, but never changed. They carouse, beat, and, yes, bowl, their way across the French countryside while Stéphane Grappelli’s insouciant jazz score drifts by ironically. 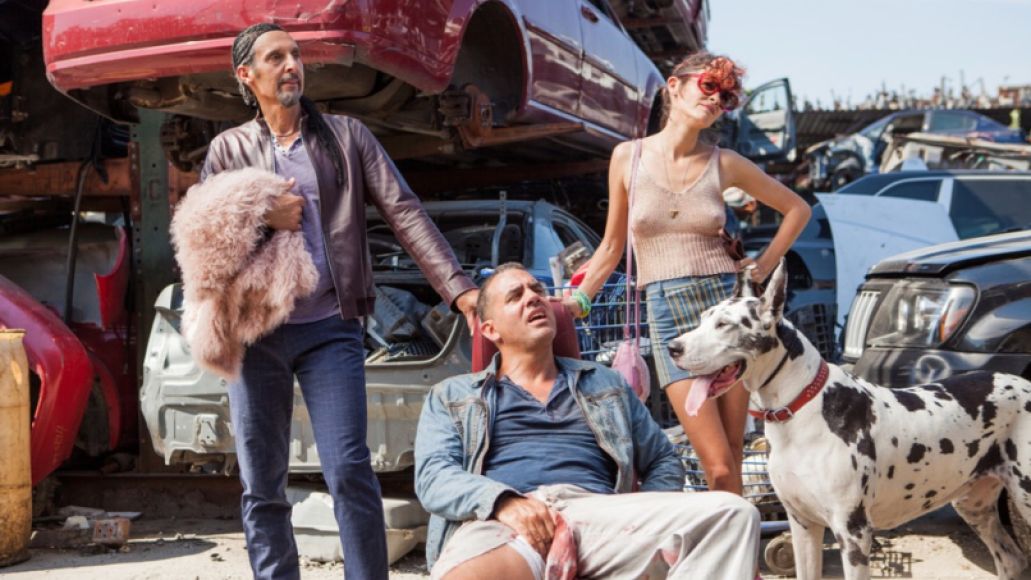 Nobody Fucks With the Jesus: Jesus Quintana wasn’t much more than texture in The Big Lebowski, but Turturro’s plainly been dying to give the guy the full range of expression. From the minute he struts out of jail with an atta boy from warden Christopher Walken, scored to the Gypsy Kings (who are actually in Sing Sing with him, in one of many hammer strikes to the fourth wall), the Turturro show is in full swing. His walk is funny, his bizarre social grace is funny, his refusal to be flapped by the violent goings on he encounters is funny, everything in this movie is funny. The best jokes from Les Valseuses are made funnier by Turturro and Cannavale’s chemistry, and a good many are added, including a show-stopper involving Sonia Braga as Turturro’s mother. The film’s many supporting turns (Walken, Jon Hamm, Coen brothers favorites Tim Blake Nelson and Michael Badalucco) add to the happy-go-lucky sensation of the piece, which seems to invent itself anew every time there’s a cut. Never before has a director calling in favors felt both so necessary and so amiable. 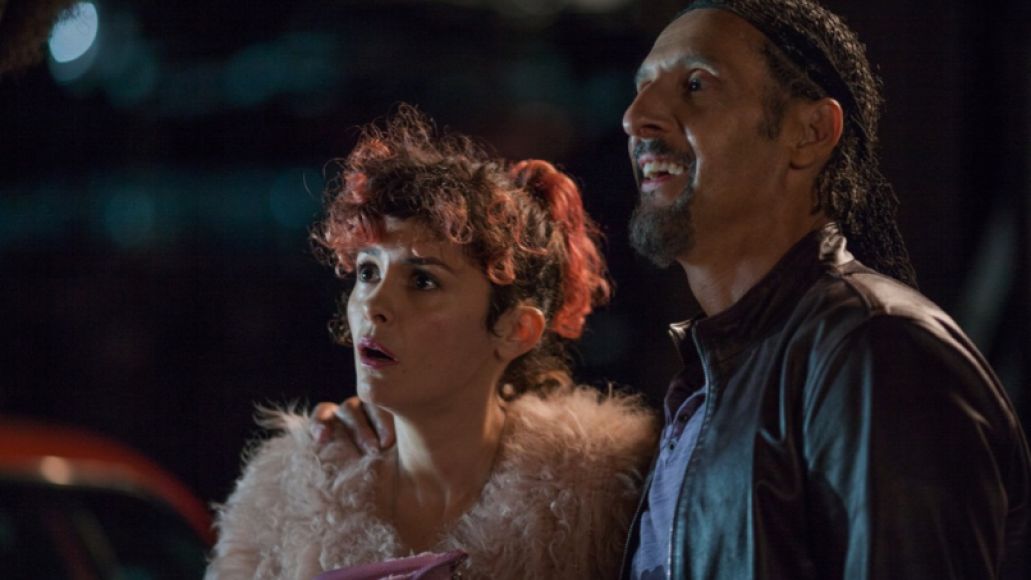 Riding Off Into the Sunset: The Jesus Rolls feels less like an update of Blier’s blithe style and more like the kind of comedic whatsits of Italian directors Dino Risi, Mario Monicelli, Pietro Germi, and Alberto Lattuada. But this isn’t the first time the Italian Turturro has dipped a toe in the sandbox of Italian film: His 2005 musical Romance and Cigarettes has sincere Germi-influenced anarchy in its DNA; his 2010 historical drama Passione is all about the songs and dances found in Naples; he’s adapted a play set in pre-industrial Rome (Illuminata); and he’s acted for Palme d’Or winning Italian director Nanni Moretti among others of his fellow countrymen.

That cultural affection is all over this film. Turturro manages to make upstate New York look like the Italian countryside, the dance breaks and wine on every table are snagged from a midcentury Italian romp, and the film liberally breathes between the gags. Scenes of Turturro and Cannavale riding innumerable trains to flee police are downright soothing, as is an extended detour at a beach house. This is a movie all about the weird pleasures of hanging out with friends who never say no to sensation, and the only time the fun threatens to come to an end are when they get close to death, which, thanks to the sweet and mournful tone, feels almost welcome.

A sojourn with a freshly released ex-con in Susan Sarandon (updating a part initially played by Jeanne Moreau, if you wanna talk about genius casting) is so odd, but persistently moving. It almost doesn’t belong in a movie so committed to forgetting the last mishap in favor of the next thrill. Yet it’s Turturro’s sweet belief in his co-star that makes it feel at home, letting her simply be who she is on film while the camera worships the sight of her. That’s the kind of actor-forward direction you tend to only see when actors direct, and it’s as perfectly weighed as any of the film’s strange line readings and jokes. 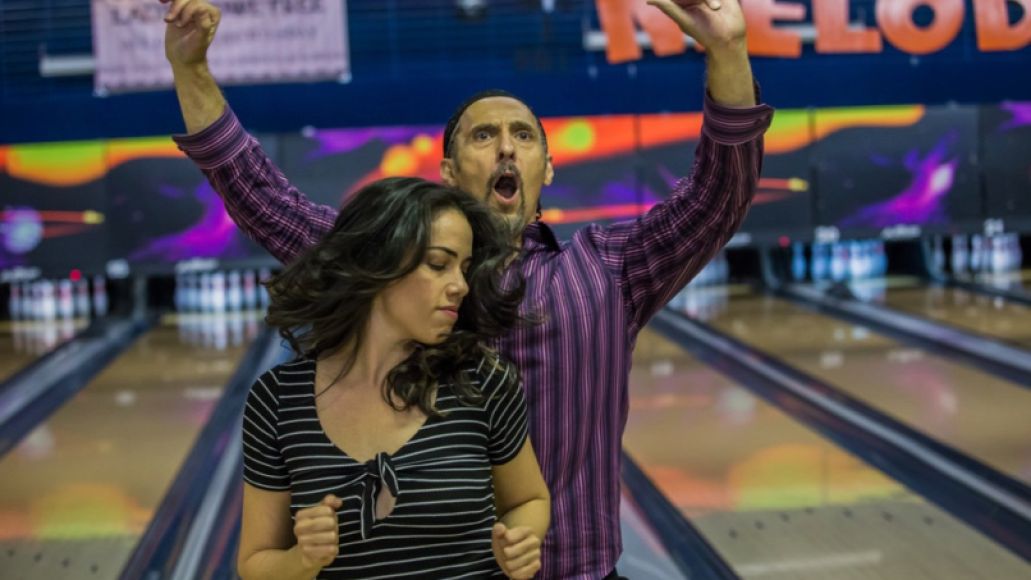 The Verdict: No one but Turturro was pining for a standalone movie about a pervert bowler fresh out of Sing Sing on an odyssey across the state of New York, but thank heaven above he never forgot his dream because The Jesus Rolls is already one of this year’s most affecting pictures. It feels special, like a kind of prized trinket, a sun-dappled sexual fantasia, chased by the specter of death in pursuit of a life of leisure. The Jesus Rolls is a touching and singular work, a louche fantasy. On a side note, Pete Davidson is also in this movie (?) and it’s incredibly distracting, but only for a few minutes.

Where’s It Playing? The Jesus returns on February 28th via Screen Media Films.