The singles released thus far for Hayley Williams’ forthcoming solo debut, Petals for Armor, have revealed a much heavier, emotionally distressed side of the singer. In a new interview with Zane Lowe on Apple Music, the Paramore frontwoman has opened up further about her battles with depression and suicidal thoughts.

Williams revealed that while After Laughter — one of our favorite records of the 2010s — featured a lot of upbeat compositions, the anxiety at the center of the lyrics weighed heavily on her. “During After Laughter, it was really rough,” she saif. “My dog is the reason I’m alive, because he would’ve been waiting on me to get home, no matter what. You know how little sweet little puppies sit and they wait, I couldn’t think about it. Whoa, never cried in an interview before.”

She continued through tears, saying,

“I just couldn’t. And I’m glad, you know? Because life is still hard. It didn’t become a breeze overnight or anything and it’s been years and it’s still not a breeze, but it’s so rich and now that I’m taking account of all these feelings and I’m feeling all of them, there’s this beautiful rainbow versus just the deep end.”

While she experienced some progress during the recording of After Laughter, she said everything “came crashing back down on top of me” after touring behind the album. “I had to go to intensive therapy. It was rough. It forced me to ask a lot of questions, ask my mom a lot of questions about what happened [in my childhood],” she recalled, noting she’d experienced three divorces by the time she was 11. “I was too young to understand why do I do this? Because I was making a lot of mistakes in my personal life. I was self-sabotaging left and right. And I joke about it in songs, Paramore songs, but it’s not funny to live it, right?”

In particular, Williams talked about her experiences with eye movement desensitization and reprocessing (EMDR) psychotherapy, which helped her understand how hard it is to protect yourself. “I think that it’s actually innate in all of us [to protect]. I don’t think you have to be a mom. Even a woman at all,” she said, relating her therapy sessions to the influx of woman’s revenge stories like Bird Box and Handmaid’s Tale that were coming out at the same time she was seeking help. “I think it’s innate in all of us to take care of [others] and it’s learning to take care of ourselves that is so hard. I’m learning so much about it and I’ll never be perfect at it.”

Williams relied on her bandmates to help her get through these hard times, particularly guitarist Taylor York. She recounted how she “kept asking Taylor, ‘Please, for the love of God, send me something sad. I’m so upset.'” He also had a hand in helping her cope with her grief and rage:

“The way that I experience my anger is heat in my face, it’s visceral. I think I mostly tap into it without shame when it’s for the sake of somebody else. When it’s for me I go straight into shame… Taylor’s the first person that ever told me anger is neither a bad nor a good emotion. It’s just an emotion. It’s a feeling. It’s a thing. You don’t have to assign it to something. Just let it breathe. Just feel it. I had the hardest time being angry while we were writing After Laughter and I clearly had a lot of to be mad about. But I was depressed. And I think often depression is masking other pointed feelings.”

Elsewhere, she touched on forming Paramore because she “wanted a family so bad…” She related that desire to someone like Billie Eilish, who’s arisen during an intense time in Internet-driven culture, but has been lucky enough to have a strong support system around her. “If I were Billie Eilish today, and granted she’s on a rocket that’s going so much higher than I would have ever even dreamed for Paramore, if that were me I would be insane and [struggle],” said Williams. “I am so happy there’s someone like her who has great, really cool family around her.”

All of this helps contextualize the journey of Petals for Armors singles “Simmer” and “Leave It Alone”. “It’s the idea that being vulnerable is a shield. Because how else can you be a human that’s inevitably gonna fuck up and trip in front of the world a million times,” Williams told Lowe. “I also feel more protected than I’ve ever felt going out, because of the fact, what is there to hide really?… What is the problem with making mistakes? Are we scared of being canceled, or are we just scared of looking stupid?”

Watch clips from Hayley Williams’ interview with Zane Lowe below, and hear the whole thing over at Apple Music. 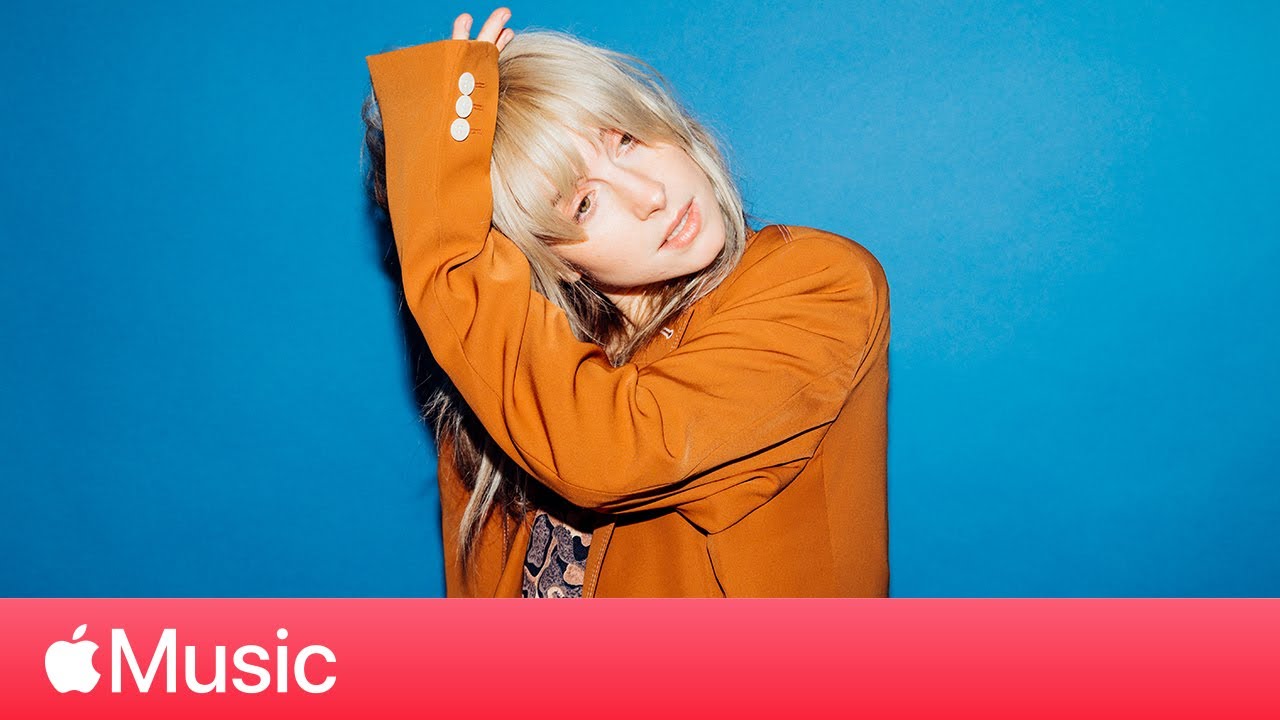