Setting the Stage: Shouts of “Machine-F**king-Head” rang into the Manhattan night as metalheads gathered outside Webster Hall in the East Village. The metal band was there to play two sets, with one celebrating the 25th anniversary of their 1994 debut album, Burn My Eyes. The first set featured the band’s new lineup following the departure of guitarist Phil Demmel and drummer Dave McClain. The second set would see Machine Head playing the entirety of Burn My Eyes with former members Chris Kontos and guitarist Logan Mader, who played on the original album. In all, the evening promised over two and half hours of Machine Head.

Taking the Stage: Following the exit of Demmel and McClain in 2018, frontman Rob Flynn recruited two new members: Polish guitarist Wacław Kiełtyka and drummer Matt Alston. For many in attendance, this was their first time seeing this fresh lineup, which played admirably during the first set of highlight cuts and hits from Machine Head’s back catalog. Despite spanning over 20 years of music, the set flowed well and was a fair representation of their more melodic, post-Burn My Eyes output.

For those who were curious about Machine Head’s chemistry with two new members, the band quelled any apprehensions within the first few songs. A veritable shredder, Kiełtyka nailed his solos and even modified some of Demmel’s old parts. Without sacrificing Demmel’s tonal grit, he added a neoclassical flare to tracks like “Beautiful Mourning” and “I Am Hell”. His solos carried a different mood emotionally, but they didn’t feel obtuse when inserted into songs that Machine Head has been playing for years. Kiełtyka’s subtle flourishes gave older songs new decorative trappings. On the drums, Alston provided a workmanlike backbone. In short, this lineup worked out just fine. Machine Head somewhat selfishly supported themselves at their own show instead of using their platform to expose a younger band, but it proved a successful trial-by-fire for the new members.

Before the end of the first set, Flynn took centerstage for a poignant monologue and tribute to Corrosion of Conformity drummer Reed Mullin, who sadly passed away last week. A longtime contemporary of Mullin’s in the heavy metal scene, Flynn gave a passionate speech for his friend:

“We played Irving Plaza in 1997 with C.O.C. He was the nicest and sweetest dude. He always had a f**king smile on his face. Motherf**ker always had a smile on that face, and back then, in my 20s, I never had a smile on my face. No one’s gonna see me f**king smile. But being around him, it made me want to smile. He made me feel good, man. It was hard when he passed. It kind of f**ked with my head. The thing about Reed’s music is that it will always, always live on.”

A short break separated the two sets before Flynn and bassist Jared Maceachern reappeared, this time alongside Kontos and Mader. With three quarters of the Burn My Eyes lineup assembled, the band launched into the opening track, “Davidian”, as the crowd shouted its iconic refrain in tandem with Flynn: “Let freedom ring with a shotgun blast.” It the most anticipated moment of the night, and Machine Head delivered. The tension in the room dissipated. The circle pit got rowdier; there were suddenly twice as many crowd surfers. Whatever disagreements that dissolved the lineup years ago were repressed. Kontos and Mader weren’t just there to cash a check. They appeared generally enthusiastic and played their parts without malaise. Before one song, Kontos even came out in a Darth Vader costume, which brought grins to everyone onstage.

The Burn My Eyes set had a fun-factor befitting of its 25th anniversary billing. Whereas the first set seemed more businesslike, indicative of the band’s day-to-day, the second set had a sense of joy. Perhaps knowing they might go their separate ways after the tour, there was less pressure on Flynn, Kontos, and Mader. No drama or future contractual obligations: They simply had to play the album they made together years ago. The trashing simplicity of songs like “The Rage to Overcome” and “Blood for Blood” is absent from the band’s recent music, recalling a formative era in modern metal when thrash and groove collided in the post-Pantera early ’90s. Machine Head conjured that recent past on Saturday. They time-traveled with their loyal fans in mutual appreciation of the iconic album that launched them to metal stardom. 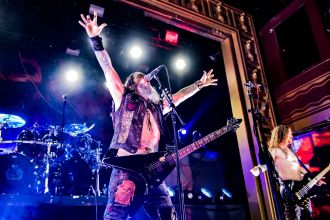 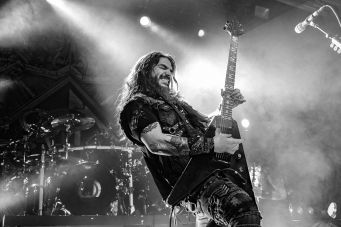 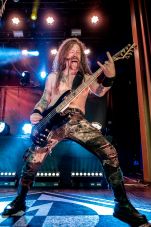 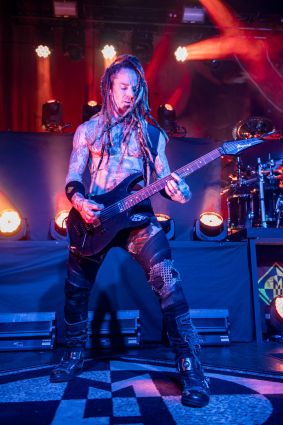 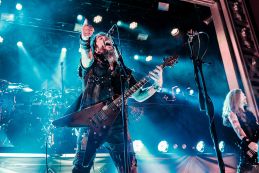 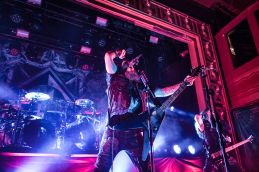 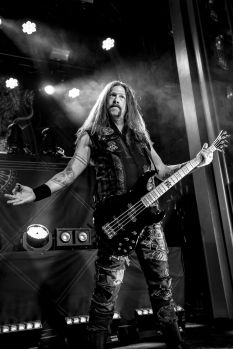 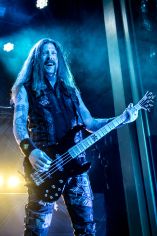 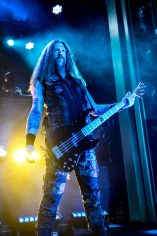 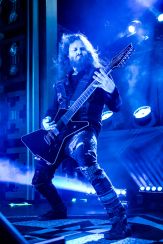 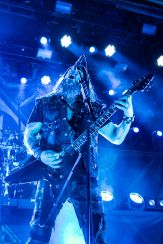 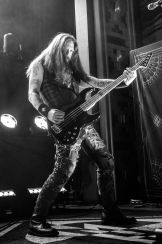 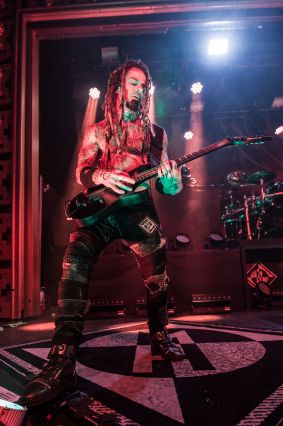 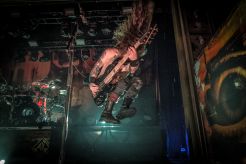 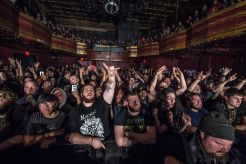 Davidian
Old
A Thousand Lies
None but My Own
The Rage to Overcome
Death Church
A Nation on Fire
Blood for Blood
I’m Your God Now
Medley: Welcome Home (Sanitarium) / One / Creeping Death / Loss for Words /South of Heaven / Raining Blood (Metallica/Corrosion of Conformity/Slayer covers)
Block