At an event celebrating the 50th anniversary of The Doors‘ Morrison Hotel on Saturday, special guests took the stage and performed their own rendition of the album’s classic tracks. One such performance came from Miley Cyrus, who took on “Roadhouse Blues” alongside Doors guitarist Robby Krieger.

Backed by a packed stage of musicians including producer Andrew Watt and the Tangiers Blues Band, Cyrus cruised through the seven-plus minute tune with ease. The number moved in and out of a big loose singalong and a little back-and-forth with the crowd, broken up by a stretch of jammy shredding. Cyrus capped the tune with high energy, howling out the iconic lines “Let it roll/ Baby, roll.”

Other performers incuded Dennis Quaid taking on “L.A. Woman”, and The Struts going for “Riders On The Storm”. The night wasn’t only a celebration of The Doors, but a return to the mic for Cyrus, as the singer underwent vocal surgery at the end of last year, forcing her to postpone all singing duties.

Watch Cyrus’ full “Roadhouse Blues” performance below. The pop star has a few festival stops ahead this summer, including BottleRock, Bonnaroo, and Governors Ball. Find tickets to these dates and more here. 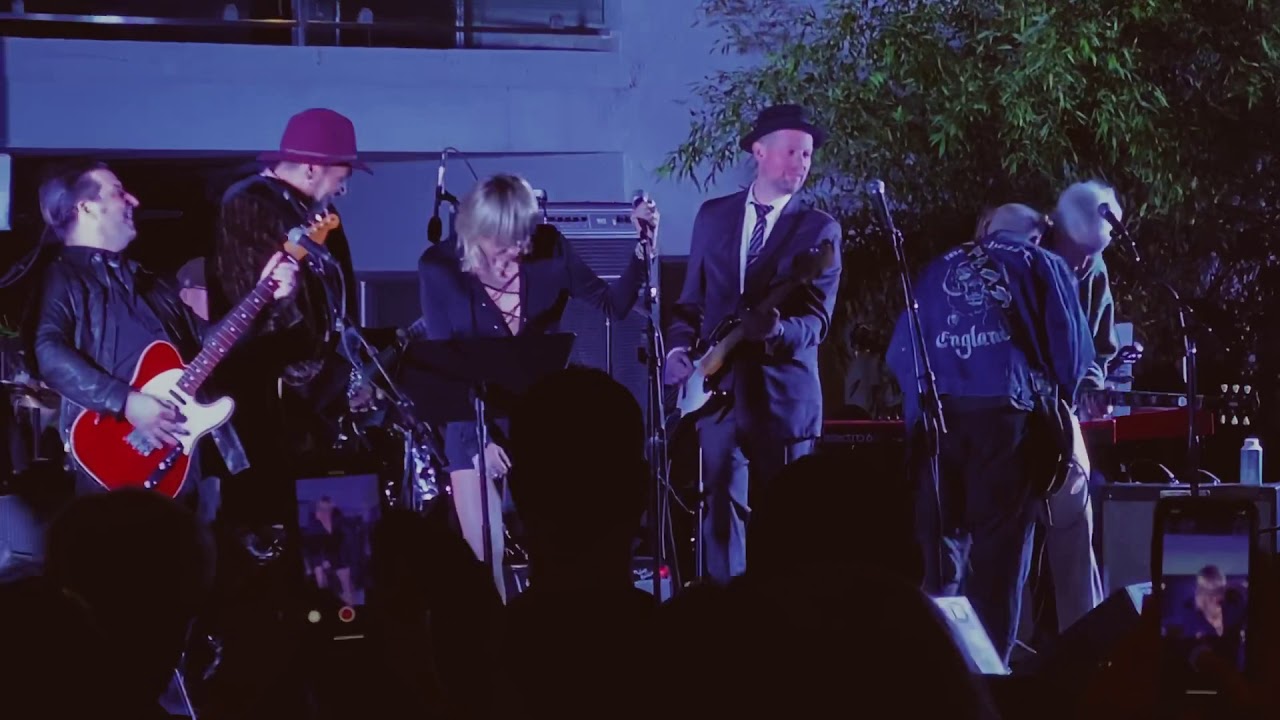