Sanders signature howl is immediately heard on the track, which dips into the sludge and stoner metal of Montoya and DiPrima’s previous bands. Heavy grooves and repetition guide the track through its four-minute runtime.

Montoya and DiPrima initially began jamming together over a decade ago. Their instrumental project Stallone released some singles in 2010 before DiPrima left to concentrate on Royal Thunder.

“Evan and I met up when we worked at an instrument store,” Montoya told Kerrang!. “I heard him messing around on the drum set, and I thought, ‘Let’s hang out.’ I was playing with Monstro at the time, but I wanted to do something locally to keep my chops up. Early on, we weren’t writing songs so much as performing musical exercises. We were trying to do it without any planned music, and it got to a point that it was pretty good.”

Sanders involvement also stemmed from Montoya’s time at the same music shop. Moon Destroys didn’t decide on guest vocalists until recording the EP, but Sanders was a fitting choice given the band’s sonic direction.

“Troy’s brother Kyle used to be in [Monstro] with me,” Montoya said. “We worked in the same music store, so they would always invite me to family parties and Thanksgiving because I couldn’t go all the way back home to Miami. We’re family. So with Troy, I felt comfortable to ask him. … So I hit him up one day and asked him to do this song. I gave him the title, and gave him the idea of giants in space, some kind of sci-fi thing. He gave it a twist of giant whales, returning home, swimming through the galaxy.”

The EP includes some other notable guests. Cynic’s Paul Masvidal lent his vocals to the song “Stormbringer”, which also features some synth by The Sword’s Bryan Richie.

See the full tracklist and EP artwork, and stream “Blue Giant” below. Preorders are available via Moon Destroys’ Bandcamp page. 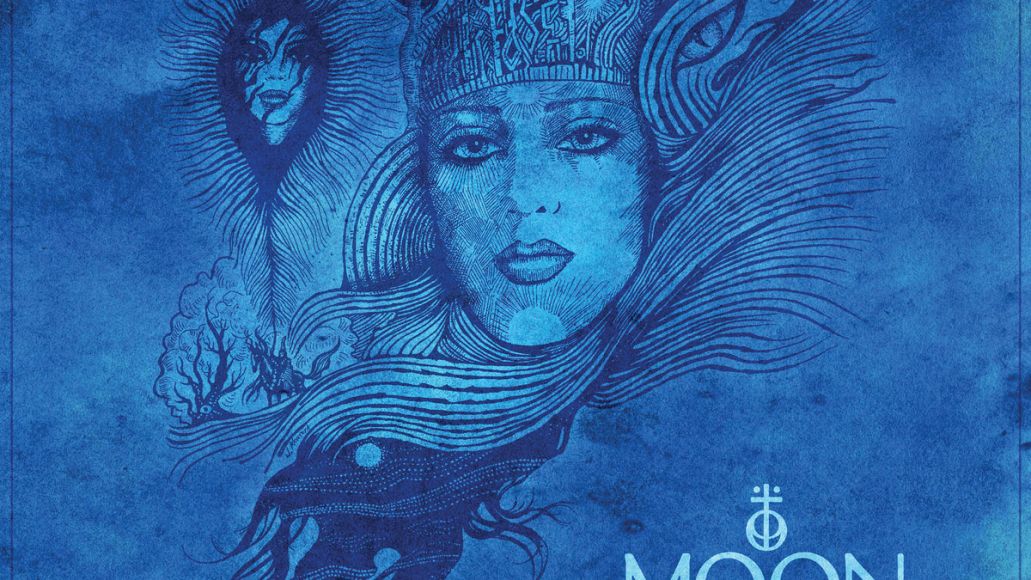