Brad Pitt has won Best Supporting Actor at the 2020 Academy Awards for his performance as Cliff Booth in Quentin Tarantino’s Once Upon a Time in Hollywood. Follow our complete winner’s list for an update on all the night’s victories.

Although a favorite going in, Pitt was up against a fierce assembly of past Oscar winners such as Tom Hanks in A Beautiful Day in the Neighborhood, Anthony Hopkins in The Two Popes, Al Pacino in The Irishman, and Joe Pesci in The Irishman.

During his speech, he commented, “They told me I only have 45 seconds up here, which is 45 seconds more than the Senate gave John Bolton this week. I’m thinking maybe Quentin does a movie about it; in the end, the adults do the right thing.” Watch his full remarks below.

Other big winners during the ceremony included Laura Dern for Best Supporting Actress, Joaquin Phoenix for Best Actor, and Renée Zellweger for Best Actress. In a monumental sweep, Parasite became the first non-English film to win Best Picture and filmmaker Bong Joon-ho became only second  to take home Best Director for an international film. It also scored trophies for Best Screenplay and Best International Feature Film. Find all the winners and performances here.

Filmmaker of the Year Quentin Tarantino on Finding the Right Story, What Streaming is Missing, and His 10th Film

Film Review: Ad Astra Is a Gorgeous Interstellar Descent Into an Amoral Universe

This marks Pitt’s first Oscar win for acting. He was previously nominated in this category for 1996’s 12 Monkeys and was up for Best Actor twice for 2009’s The Curious Case of Benjamin Button and 2011’s Moneyball. In 2014, however, he won an Oscar for producing 2014s Best Picture winner, 12 Years a Slave, through his Plan B Entertainment imprint.

Tonight’s win caps off an incredible year for Pitt, who also delivered a stellar performance in James Gray’s Ad Astra. He also helped produce that film, in addition to other critical darlings throughout 2019 such as The Last Black Man in San Francisco and The King.

Currently, the two-time Oscar winner has no starring roles in the near future, though he’s plenty busy behind-the scenes with Plan B. In 2020, the studio is producing a number of films, including Miranda July’s Kajillionaire and Jon Stewart’s Irresistible. 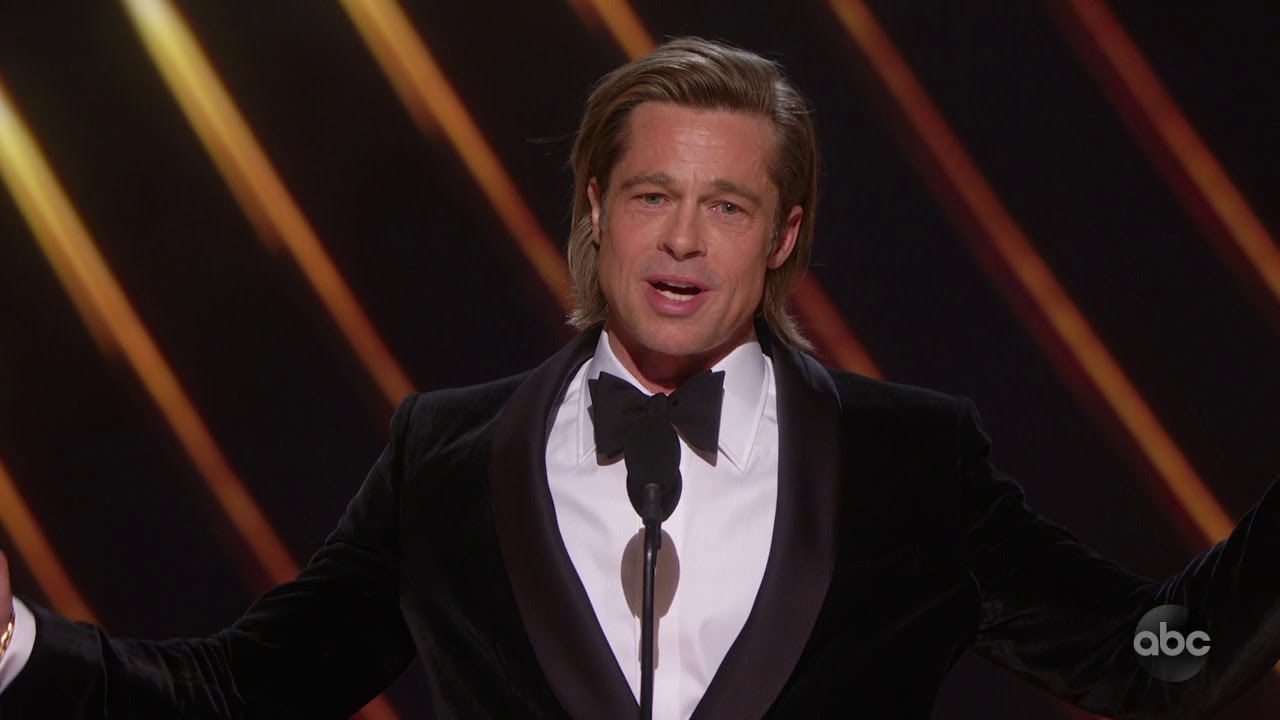 Oscars 2020: Brad Pitt wins Best Supporting Actor for Once Upon a Time in Hollywood