At this point, we spend more than a third of every calendar year on the endless talking points and debates of “awards season.” This year’s no exception, from continued discussion of the Academy’s long-running diversity woes to the many knife fights about whether certain nominated films should have been included at all. Such is the territory that comes with ranking art, and more to the point, placing art in competition with other art.

But hey. We all do it anyway, time and again. So much of the industry year, especially as it relates to which films find distribution (and when, and the volume of resources allotted to getting them in front of people) is built around the year-end awards cycle. And for film in the US, the year leads up to and revolves around the Academy Awards.

As we prepare for Sunday’s broadcast of the 92nd annual Academy Awards, it’s still worth keeping in mind that for all of the issues caused by its existence, it’s also because of the Oscars that a bunch of your older relatives have watched a 2.5-hour South Korean tragicomedy about the class struggle in recent weeks. It honors movies even as it leaves others out, and celebrates film even if the industry is, always has been, and always will be, far bigger than one organization’s interests and tastes.

We’re just days away from the ceremony, and you’re just days away from having to fill out a ballot at your Oscar party for a bunch of films that you may or may not have seen. Don’t worry, you’re covered here. Without further preamble, here are Consequence of Sound‘s picks for who’s going to take home the 24 gold statuettes this weekend, and wherever it might be relevant, who we think should be taking them home instead.

See you at the Dolby Theatre.

Ford v Ferrari
Joker
1917
Once Upon a Time in Hollywood
Star Wars: The Rise of Skywalker

What should win: Once Upon a Time in Hollywood

And the winner is… Ford v Ferrari

1917 is the kind of technically superlative thriller that was born to win Oscars for sound editing and other first-hour awards. It’s proficient, it’s high impact, it’s taught and tense and terrific. But like, consider the road more travelled, Academy. Once Upon a Time in Hollywood is like ambient history. Watching and listening to Brad Pitt roll the streets of L.A. against just enough Joe Cocker and Los Bravos is to see how you create an aura. Enough boom boom, Quentin Tarantino mastered vroom vroom, with room to wander and hear the sweet sounds of the ‘60s. Yes, that’s the most Boomer thing I’ve written lately, but the sentiment stands. –Blake Goble

What should win: Once Upon a Time in Hollywood

The sound mixing nominations in a given year tend to go to some of the more effects-heavy spectacles within the field, which makes this year’s mix (sorry) an interesting one. It’d be great to see the largely unheralded Ad Astra take it for its warped, muffled take on deep space. Or Once Upon a Time in Hollywood and its perpetually shifting, always-perfect radio cycle. However, it’s tough to see anything winning the day over the wartime cacophony of 1917 and its disorienting array of blasts near and far. –Dominick Suzanne-Mayer

Avengers: Endgame
The Irishman
The Lion King
1917
Star Wars: The Rise of Skywalker

What should win: The Irishman

What will win: The Irishman

They don’t look porcelain, there’s no focus of tracking issues. Everyone’s faces, just look right. The young face stuff? Not a distraction, and actually quite impressive. After years of awkward smoothing on older actors, the de-aging tech came to life in The Irishman. See decades of wrinkles come clean off of Joe Pesci, Al Pacino, Robert DeNiro, and others, in a feat of minimalist savvy. The Netflix EPKs are beyond fascinating, and it would be nice to see this award go to the cleanest, and not the loudest, contender. –Blake Goble

What should win: The Irishman

What will win: Parasite

And the winner is… Ford v Ferrari

There was a time when the Best Film Editing category could be used as a solid predictor for which film would take home the biggest prize of the night. That time seems to have passed by in recent years, as non-Best Picture winners like Dunkirk, Mad Max: Fury Road and, uh, Bohemian Rhapsody have recently nabbed the statue. Among this year’s field, we expect Yang Jin-mo’s work on the wound-like-a-clock Parasite to take a major step in the evening here. But for all of the memes about its runtime, Thelma Schoonmaker’s work on The Irishman accounts for so much of the film’s impact that we’d love to see her honored for wrangling a 208-minute meditation on mortality into one of the year’s best and most surprisingly propulsive works. –Dominick Suzanne-Mayer 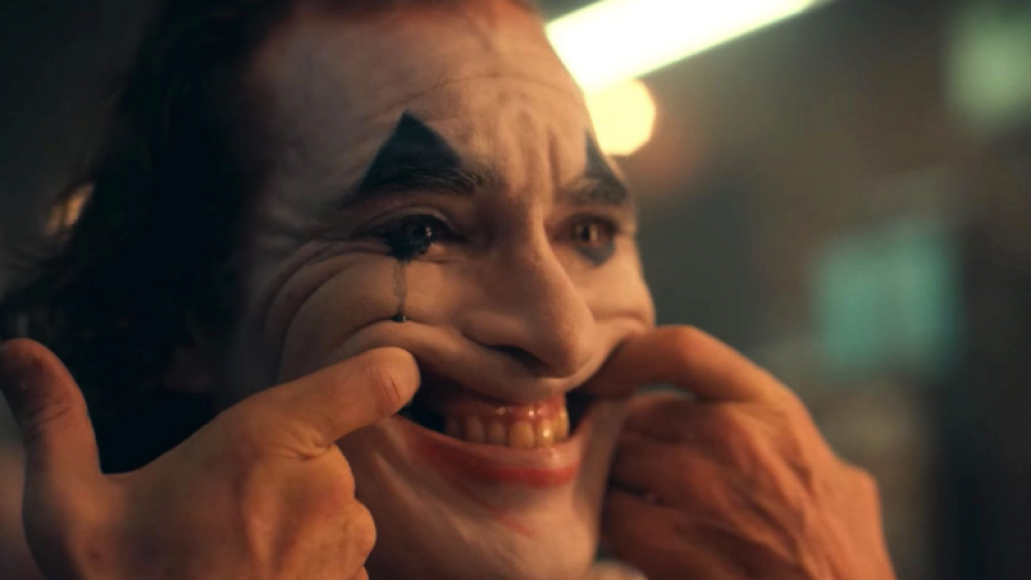 What should win: Bombshell

What will win: Joker

And the winner is… Bombshell

As a quick aside, good on the Oscars for finally expanding the Makeup/Hairstyling category to five nominees, as opposed to the three-nominee field it had used since 1984. There are a number of different approaches that could be rewarded here, from the war-damaged bodies of 1917 to Renee Zellweger’s transformation into a Hollywood legend in Judy. We’d love to see it go to Bombshell for uncannily turning Charlize Theron into Megyn Kelly and John Lithgow into one of the worst modern Americans. But we see it going to the neo-classic Joker look that helped define one of the year’s most unexpected smash hits and made holiday parties a little more menacing for years to come. –Dominick Suzanne-Mayer 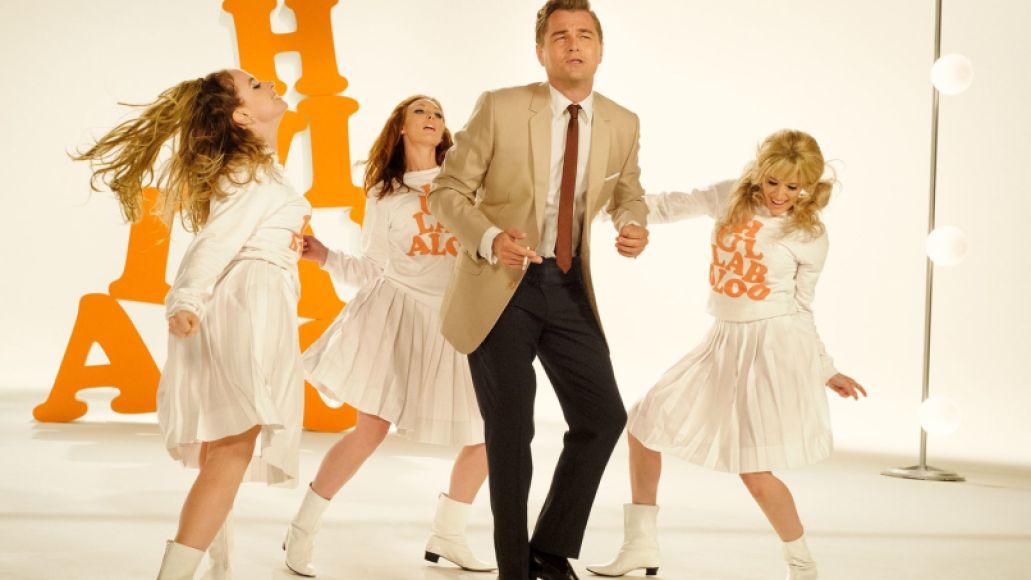 Leonardo DiCaprio for Once Upon a Time . . . in Hollywood, photograph by Andrew Cooper/©2019 Sony Pictures Entertainment.

What should win: Little Women

What will win: Once Upon a Time in Hollywood

And the winner is… Little Women

Period attire rules this year’s Costume Design field, with the middle-to-late part of the 20th century holding particular sway. Jaqueline Durran’s work on Little Women stands apart from that crowd, both in setting and in boldness of approach; her work transcends capturing an era and contributes to so much of the film’s visual storytelling. The same could be said for the farcical physicality of Jojo Rabbit’s Nazi garb, or the steely monochromatic attire of The Irishman, or that suit (you know the exact one) from Joker. The look that we see winning the Oscar, however, is Arianne Phillips’ perfectly calibrated garb for a pair of antiheroes in 1969 Los Angeles. It’s both chic and a little faded, just like Rick and Cliff. –Dominick Suzanne-Mayer 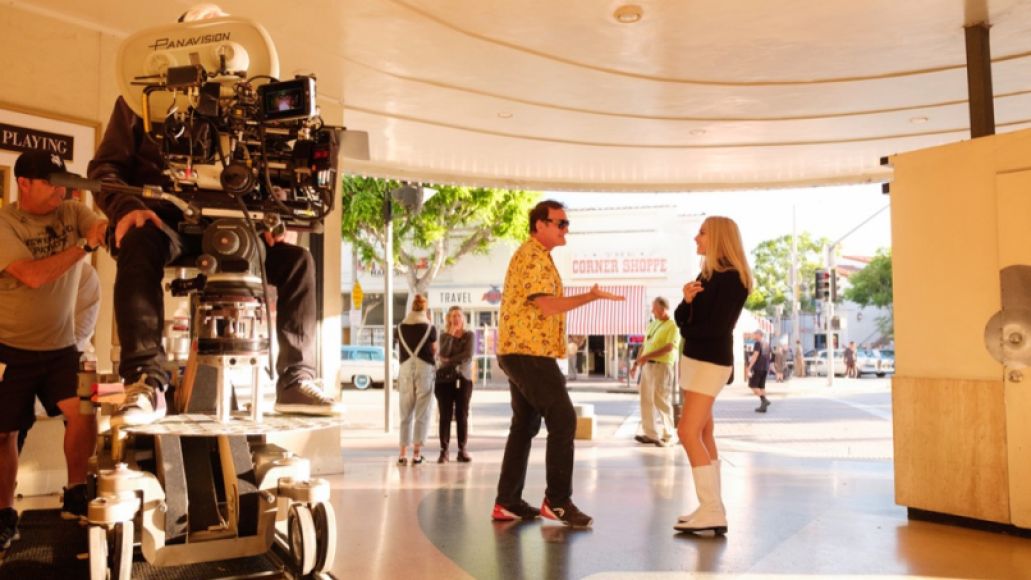 Quentin Tarantino and Margot Robbie for Once Upon a Time in… Hollywood, photo by Andrew Cooper

What should win: Parasite

What will win: Once Upon a Time in Hollywood

And the winner is… Once Upon a Time in Hollywood

Parasite’s almost too cunning and plain in its design to get the win, but consider. Two big sets, an apartment and a mansion, right? Well consider that they were completely made. The apartment, built from scratch so the movie could drown it in the final chapter. And the Park family mansion is like opulence and modernity that works both angles. A practical brutalist castle atop a faux Korean city hill, it’s handsomely stocked and layered like an Escher painting with room to breathe. It’s also: Super gray and creepy as hell. That fucking basement doorway? Shining, eat your heart out. –Blake Goble

What should win: The Lighthouse

Let’s just get it out of the way: after finally getting his first Oscar for Blade Runner 2049 at the 2018 show, his first in 14 nominations, Roger Deakins will be taking home his second in a row. However you feel about the long-take approach of 1917, Deakins’ craft was the cornerstone of that hyper-stylized approach’s success. He’s winning this one.

With that said, how great would it be if Jarin Blaschke’s sparse, surrealistic work on The Lighthouse managed to steal an Oscar? It’s the lone nomination for one of 2019’s most brazenly strange and original features, and the Academy has to reward one of these 4:3 ratio revivals sooner or later, right? We can dream. –Dominick Suzanne-Mayer

What should win: “(I’m Gonna) Love Me Again”, Rocketman

What will win: “(I’m Gonna) Love Me Again”, Rocketman

And the winner is… “(I’m Gonna) Love Me Again”, Rocketman

First off, it’s too bad the Academy snubbed what might’ve been the best song in any 2019 film with “Glasgow (No Place Like Home)” from the underseen Wild Rose. Among a 2020 field packed with former nominees, the category seems wide open. Sure, it’s odd to deny another Frozen-related hit, and there’s a chance “Into the Unknown” will run away with the category. That said, we see it going to a brand new Elton John song, from a biopic that managed to sidestep most of that genre’s worst cliches and even lend a bit of sincere insight into the man. –Dominick Suzanne-Mayer

What should win: The Newmans

What will win: Joker, Hildur Guðnadóttir

And the winner is… Joker, Hildur Guðnadóttir

It is to Hildur Guðnadóttir’s credit and skills as a new sound in aural composition work that her score was nominated. Especially given how weirdly shoehorned the score felt dropped atop Todd Phillips’ clunkily-edited Joker. She’s been rocking the awards circuits, had a splashy 2019 with this and her work on HBO’s Chernobyl, and to her credit, the score’s like a new wave album when removed from the movie it’s from. BUT. Would it fucking kill the Academy to finally give Randy Newman an Oscar for score? Or his cousin Thomas, for that matter? Thomas is a 15-time nominee and 1917 is as great as any of his works. And Randy, well, he has two Oscars for Pixar songs… but that feels like a snub on his American orchestral style. –Blake Goble

What should win: Hair Love

What will win: Kitbull

And the winner is… Hair Love

Kitbull has the benefit of the Pixar brand and Disney marketing behind it. Not a knock! It’s a terrific Disney+ exclusive (that my toddler happened to quite like). It would make a nice win. But bah-gawd, Hair Love is such a fast-and-earned weepie about one girl’s unmanageably beautiful (and amazingly animated) hair. Watch a dad struggle with his daughter’s hair, and the big bush atop her head turns into a monstrous boxing ring creature as a creative visual for the difficulties we all face in getting ready and looking nice for the day. Come for the bright visuals, and chummy vibe of Sony Pictures Animation working in the vein of their vibrant Spider-Verse. Stay for touching reveal and truths about family. –Blake Goble

In the Absence
Learning to Skateboard in a Warzone
Life Overtakes Me
St. Louis Superman
Walk Run Cha-Cha

What should win: In the Absence

What will win: Life Overtakes Me

And the winner is… Learning to Skateboard in a Warzone

There isn’t a lot of light subject matter to be found among this year’s crop. Even the more inspiring entries like St. Louis Superman, about battle rapper-turned-Missouri state rep Bruce Franks, carry the weight of human pain alongside their inspiration. We were particularly struck by In the Absence, a horrifying recount of the 2014 ferry disaster in South Korea where hundreds of people were killed by bureaucratic negligence. Yet the most haunting (and the likely winner) is Life Overtakes Me, which follows a group of refugee children in Sweden left comatose by Resignation Syndrome, a condition triggered by an inability to process severe trauma. It’s a potent, aching reminder of the real, sustained human costs of war. –Dominick Suzanne-Mayer

Oscars 2020 Predictions: Who Will Win, Who Should Win