Next month, Sufjan Stevens will share a new collaborative album recorded with his stepfather and Asthmatic Kitty co-founder, Lowell Brams. Entitled Aporia, the LP was first teased with the lead single, “The Unlimited”. Today brings a second sample of the non-blood relatives’ efforts in “Runaround”.

Aporia is described as a New Age album resulting from several years of jam sessions, and “Runaround” is indeed full of ambient tones. Steady drumming and a repeating melodic synth refrain keep it from spinning off into the atmosphere, while Steven’s heavily modulated voice pops in at the end to ask, “What are you waiting for, an open door?”

The track comes accompanied by a video from director ABUTTA492, known for his documenting of the Bike Life culture found on East Coast streets. The clip compiles shots of riders doing ATV and dirt bike tricks captured in stunning slo-mo. Check it out below.

Due out March 27th, Aporia is available for pre-order now. 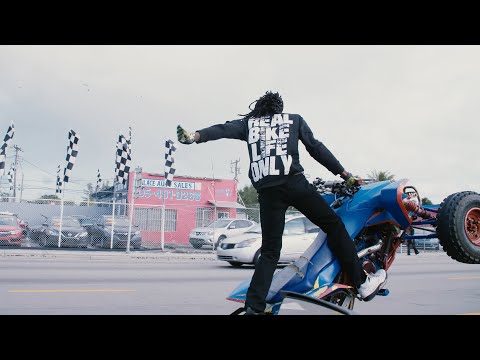