The Black Dahlia Murder will return with a new album, Verminous, this spring. In advance of the LP, the band has unveiled the title track.

Verminous drops on April 17th, ahead of their recently announced North American spring tour with Testament and Municipal Waste.

Guitarists Brian Eschbach and Brandon Ellis are in peak form on the track “Verminous” — a veritable riff-fest. The Black Dahlia Murder maintain a high QA standard for airtight, extreme metal. This track surpasses that threshold emphatically.

“I think this is the biggest evolutionary leap we’ve ever taken from one album to the next,” vocalist Trevor Strnad said in a press release. “We stoked the creative fires with 2017’s Nightbringers and it’s gone much further now in Verminous.

He added, “It’s a very colorful, moody, and charismatic album that experiments with new sounds and ideas without losing the cutthroat Black Dahlia edge. There is a lot of minutiae to digest. Plenty of delicious little Easter eggs woven into the fabric of each song. Each one is a living, breathing entity that will stand on its own as some of the best music this band has ever created.”

The album was mostly recorded at Ellis’ home studio — appropriately dubbed “The Shred Light District” — which allowed the band to maintain more autonomy and independence than previous recordings. Drums were tracked by Ryan “Bart” Williams at The Pipeyard in Plymouth, Michigan. Tue Madsen handled the mix, and Alan Douches mastered the LP.

“To say we were anal-retentive would be an understatement,” Strnad said of the album’s post-production and overall organic tone. “Tue did an outstanding job. His mix is organic. Classic sounding. Not too slick. It’s got an old school ‘real life’ feel to it rather than being the overly polished quantized-to-hell drek that is coming out these days. We wanted the album’s sound to have its own personality, and he helped us achieve just that. Finally, Alan did a great job of smoothing out the final details with his mastering. He beefed it up into what you hear now.”

The Black Dahlia Murder play two dates in South Africa in March before heading out on the aforementioned North American jaunt with Testament and Municipal Waste the week after Verminous drops.

“It is a massive honor and pleasure to be considered a worthy peer to the mighty Testament,” Strnad said. “Being a fan of theirs since childhood, I have to stop and pinch myself to see if it’s a dream or not. Luckily, I’m still awake.”

Verminous is available for pre-order on a mind-boggling 15 vinyl color variants and various other physical formats via Metal Blade. Watch the lyric video for “Verminous” and see the album artwork, tracklist, and full list of tour dates below. Get tickets via Ticketmaster, or at this location. 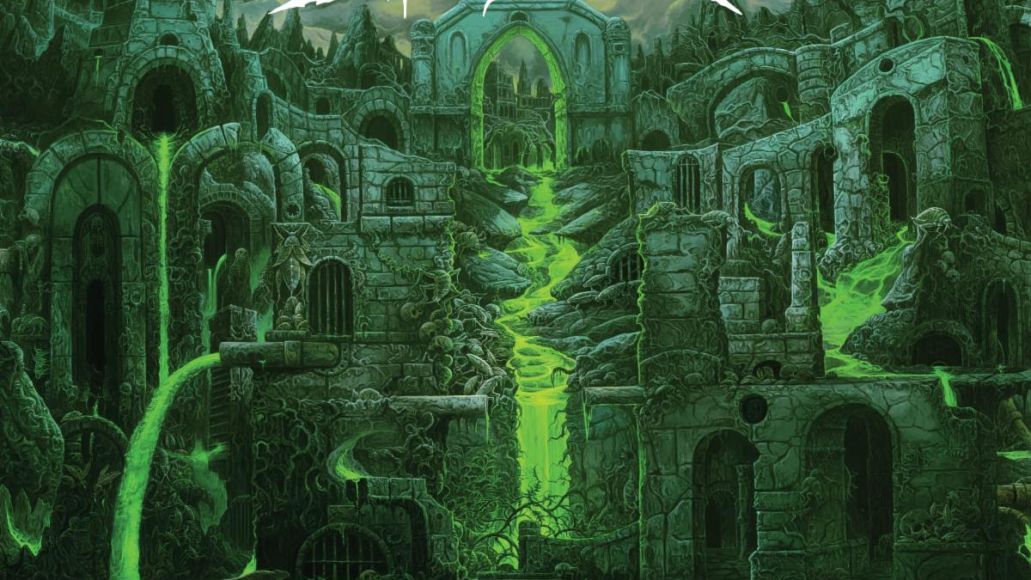 # = The Black Dahlia Murder only
* = no Municipal Waste