This spring brings the release of a new album from The Magnetic Fields. Entitled Quickies, it comes more than three years after their 50 Song Memoir and is due May 15th via Nonesuch Records. To coincide with the news, the group has announced a supporting US tour.

The upcoming effort collects a generous 28 songs. But as indicated by the album’s name, each of the Stephin Merritt-penned tracks are relatively quick, ranging in length from 13 seconds to three minutes. In a statement (via Pitchfork), Merritt talked about his decision to keep things concise, saying,

“I’ve been reading a lot of very short fiction, and I enjoyed writing 101 Two-Letter Words, the poetry book about the shortest words you can use in Scrabble. And I’ve been listening to a lot of French baroque harpsichord music. Harpsichord doesn’t lend itself to languor. So I’ve been thinking about one instrument at a time, playing for about a minute or so and then stopping, and I’ve been thinking of narratives that are only a few lines long.”

The Magnetic Fields — rounded out by Sam Davol, Claudia Gonson, Shirley Simms, and John Woo — are teasing the new LP with “The Day the Politicians Died”, a two-minute piano number. Hear that below.

The indie outfit will promote the album with intimate City Winery shows in Chicago, Nashville, Boston, Atlanta, Philadelphia, New York, and Washington, DC. General on-sale begins February 28th and tickets will be available on Ticketmaster. Once they sell out there, fans can try their luck here. 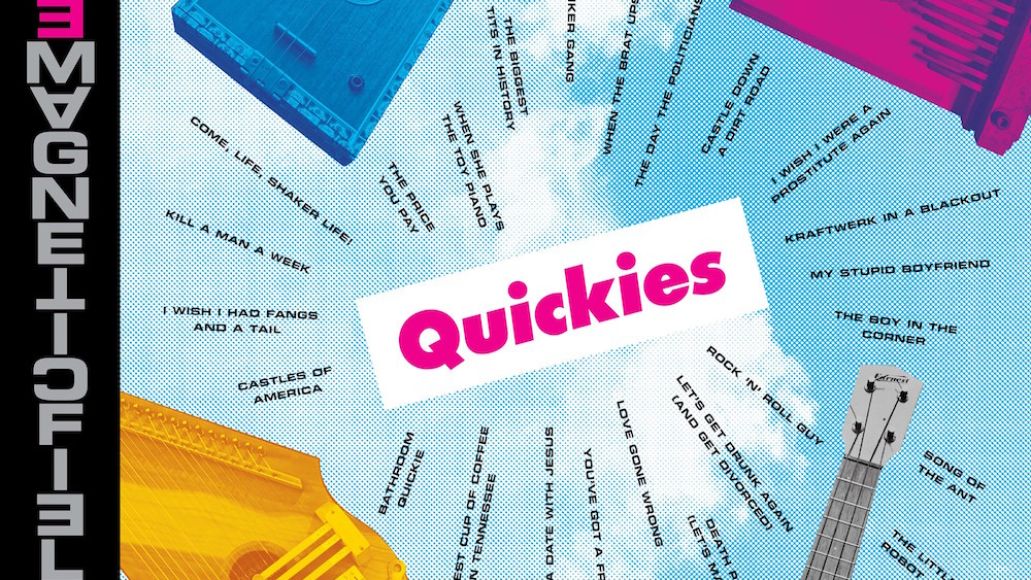