Simon & Garfunkel’s Bridge Over Troubled Water celebrates its 50th anniversary this year. The duo’s fifth and final album was a hit with three singles reaching the top 10 and six Grammy wins, including Record of the Year and Song of the Year for the title track, a song that would see over hundreds of versions recorded over its 50-year history.

The song’s journey from Simon & Garfunkel hit to pop (and R&B and gospel and country and jazz and even disco) single starts in Simon’s home in 1969. He was listening to an album by gospel group the Swan Silvertones. It was just a line from one song. In the middle of “Oh Mary Don’t You Weep”, there it was. Lead singer Claude Jeter sings, “I’ll be a bridge over deep water, if you trust in my name.” As Robert Hilburn writes in his 2018 biography of Simon, “Out of the blue, he wrote his own melody, which felt gentle, caring, and undeniably beautiful. Then he started writing the words that became the first two verses…” Even Simon was amazed by how quickly the song came out; the bulk of it took about 20 minutes, he recalled, with the first two verses taking about two hours: “It just seemed to flow through me. In a way, you don’t feel you can really even call it your own, but then again, it’s nobody else’s. I didn’t know where it came from, but I knew it was exceptional.”

Simon wasn’t alone in that feeling. It resonated with listeners and artists, then and now. In the midst of an uncertain American political and social landscape, there was something calming about the idea of a helping hand, a comforting place, somewhere soft to land. It’s part of the song’s enduring legacy that, even now, the song seems to function as a salve. (It was performed by various artists as a fundraiser following the 2017 Grenfell fire in London; Mary J. Blige and Andrea Boccelli’s duet was used as a benefit for the 2010 earthquake in Haiti; and Simon himself performed it at the Democratic National Convention in 2016.) By the end of 1970, the song had appeared on 24 charting albums, and 12 more albums featuring the song charted in 1971. Choosing 10 notable versions from more than 400 is a daunting task. It’s less that these are the “best” of those hundreds of attempts, but each one brings something interesting to the song — whether it’s a bold arrangement, a hint of the artist’s future, a new emotional weight, or just being really, really good.

Here are our favorite covers of one of our — and everyone else’s — favorite songs. 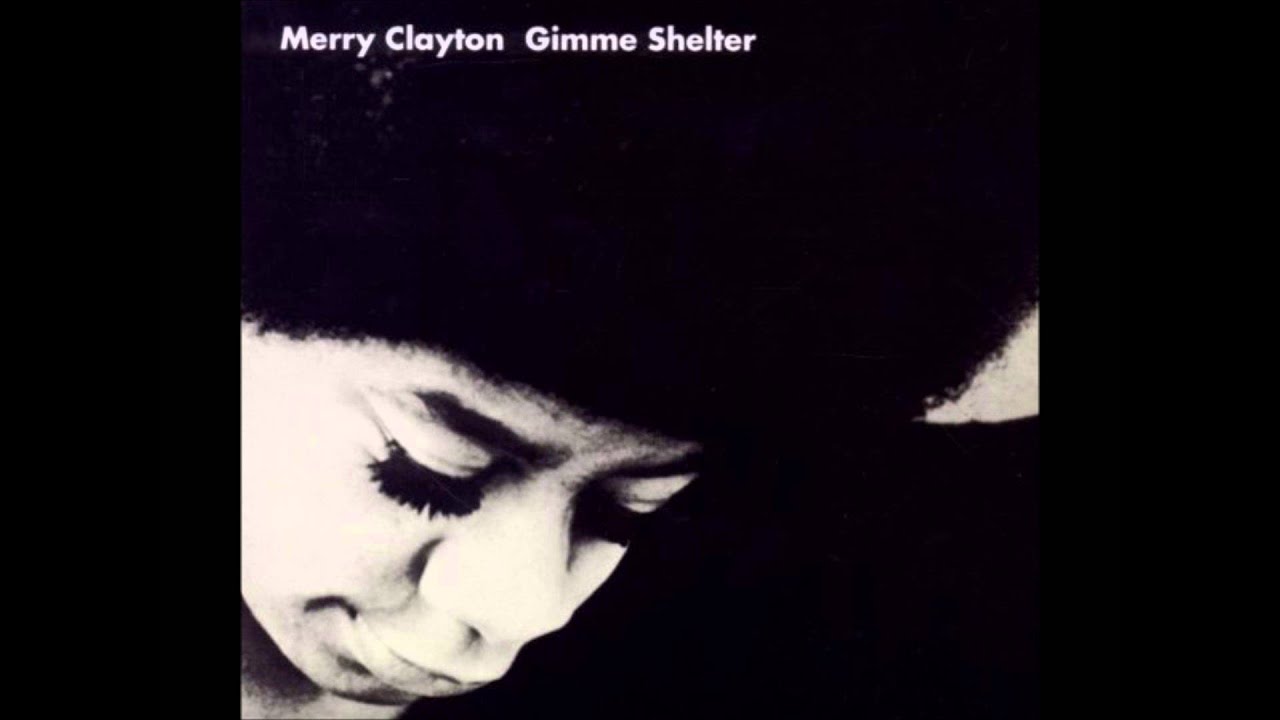 In a 1970 interview with Rolling Stone, Merry Clayton describes her influences as a mix of the church (her father was a minister) and Bessie Smith. She draws on both of those in her version of the song from her 1970 album, Gimme Shelter. This is the church, the juke joint, the rock stage, and all points in between. Want proof of the magnitude of her voice? There’s a review of one of Clayton’s performances at New York’s Bitter End in 1972. The mics failed, which would be disastrous for a lesser performer, but according to the Billboard reviewer, “Clayton’s voice stayed on, reverberating, rich and strong through the room.” And she is pure power in her version of “Bridge”, too, but it’s a different kind of power; there’s confidence, but also understanding: you are flawed, but I am here to help. By the time Clayton sings “sail on, silver girl,” it feels like there is nothing that you can’t do. 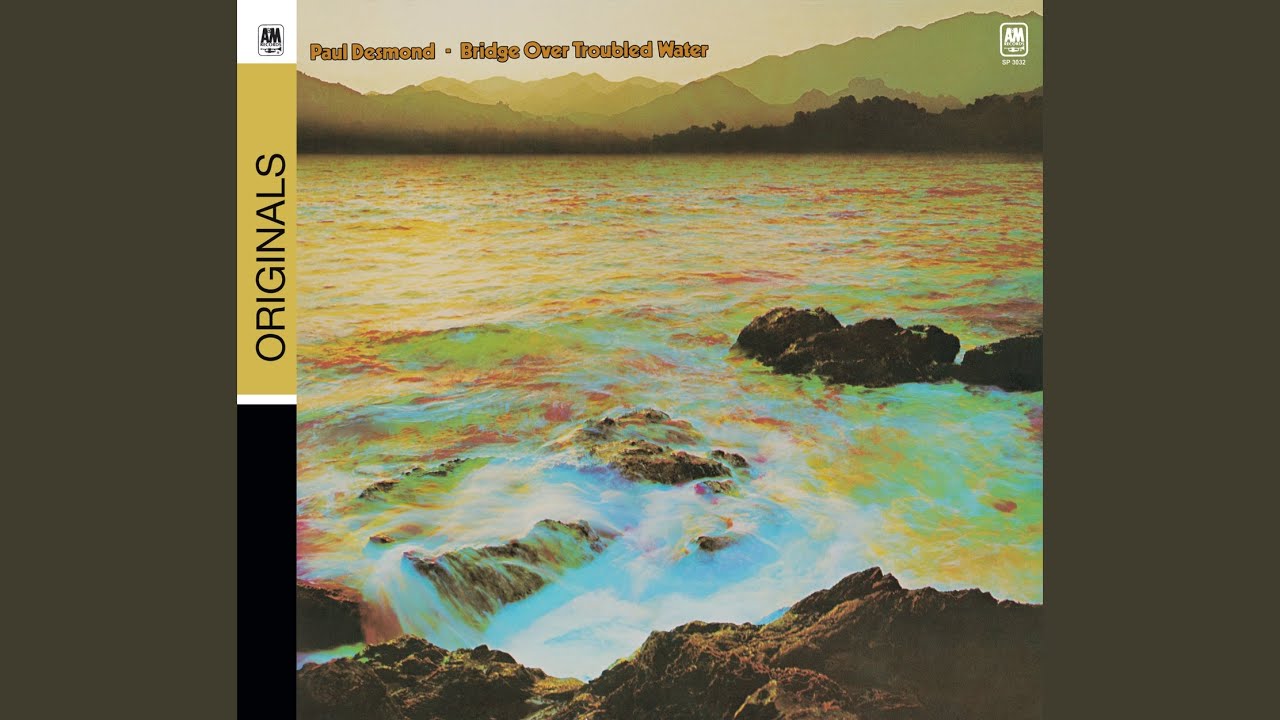 I will grant that the first few seconds of Paul Desmond’s “Bridge” from his 1970 album, Bridge Over Troubled Water, leans a little easy listening, which, to be fair, isn’t totally out of line for many of the records released by CTI. The label was started by producer Creed Taylor in 1967 as a subsidiary of A&M before going indie in 1970 and had its share of easy, maybe even “smooth jazz” before that term was officially a thing, funk-pop-jazz records. CTI was unapologetically jazz for everyone. As one reviewer put it, Taylor’s mission was “to make jazz more palatable to a jazz-suspicious public.” This was jazz, in some ways, as it used to be: pop music. And despite accusations that CTI was the death knell for jazz, the label released a lot of great records that still hold up.

In 1970, the label also seemed to be really interested in covering popular songs of the day, with George Benson’s The Other Side of Abbey Road released just a few months before Desmond’s album featuring reimaginings of several of Simon & Garfunkel songs. There’s no mistaking the album’s push for pop acceptance, but it’s also full of jazz greats; you can’t mention any one artist without also mentioning the side players. In addition to saxophonist Desmond, who played with Dave Brubeck and composed his iconic “Take Five”, some of the session players on this album include Herbie Hancock on piano and Ron Carter and Jerry Jemmott on bass. This isn’t the most challenging jazz, but it is very pretty, and sometimes that’s more than enough.

In a 1970 Rolling Stone interview, Simon said, “[W]hen I first wrote ‘Bridge’, I said, ‘Boy, I bet Aretha could do a good job on this song.’” He was not wrong. Here’s a case of an artist not just making a song their own, but turning it into something completely new. It’s another in the long line of songs that have expanded beyond their original boundaries when performed by Aretha (“Respect”, “I Say a Little Prayer”, “Border Song”). Backed by King Curtis on sax and Billy Preston on the organ on her Live at the Fillmore West, Aretha takes her time, stretching and building until it practically bursts, but she’s in perfect control, guiding us through it. It’s religious and soulful and everything that makes her her. She honors the roots of the song, and what it owes to black gospel traditions, while bringing in her signature soul.

“Bridge Over Troubled Water” has found a home in the country world. It’s been covered by Elvis Presley, Willie Nelson, and Jim Reeves, to name a few. Like much of the best country music, Buck Owens brings in elements of folk and gospel with his 1971 version from his album Bridge Over Troubled Water. The album is full of folk-rock energy and finds “Bridge” sharing space with covers of Donovan, Bob Dylan, and several other Paul Simon compositions. Behind the scenes, though, the song, which seems so un-controversial today, caused some minor trouble for Owens. His producer thought the song was too far afield from Owens’ usual output, and according to Owens biographer Eileen Sisk, accused Owens of “trying to be ‘hep.’” Outside of the recording booth, Owens also found trouble when a Missouri minister criticized him for releasing a song that glamorized drugs. (The lyric referencing “silver girl” was rumored to be about a hypodermic needle. Simon says it refers to his wife, who’d recently discovered her first gray hair.) Hepness and drug references aside, Owens’ version blends folk, pop, gospel, and country into a mixture that resonated with listeners and saw the single rise to No. 9 on the country charts. 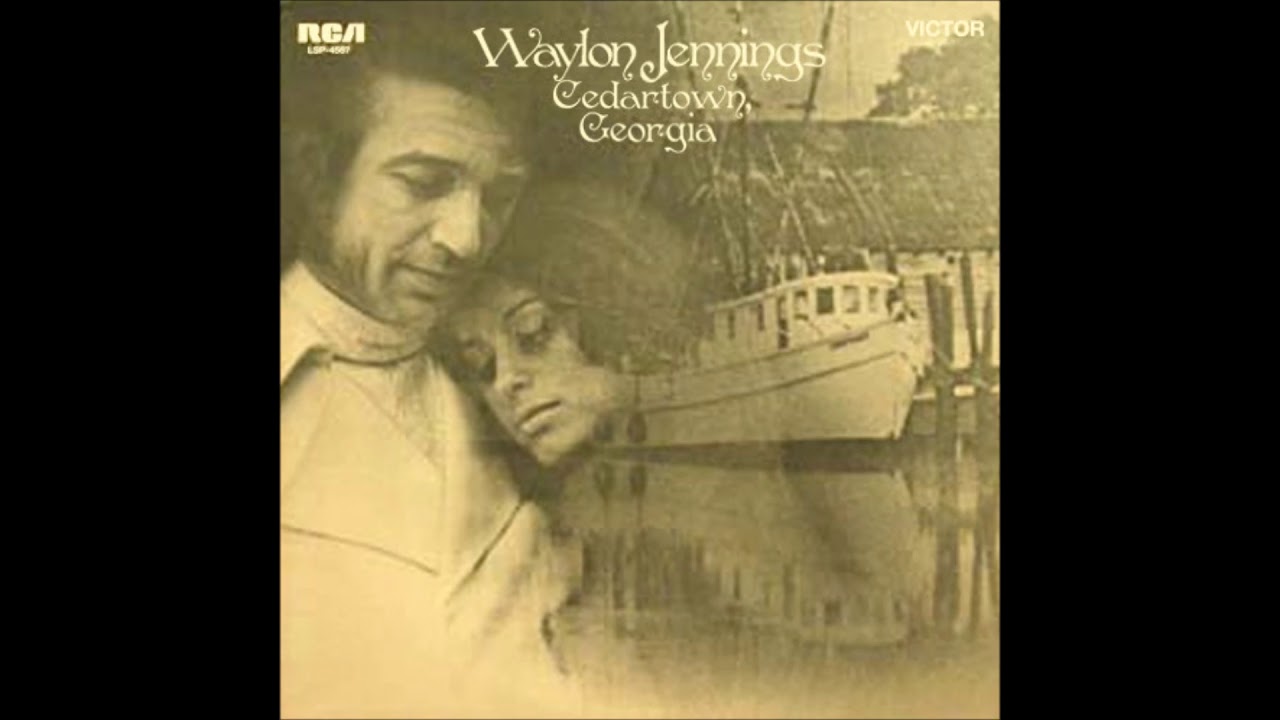 “I loved singing with Waylon,” country artist Jessi Colter wrote in her autobiography about her husband and frequent singing partner Waylon Jennings. “Our harmony was as natural as a sunrise.” The two brought their harmonies to their 1971 version of “Bridge” for Jennings’ Cedartown, Georgia. The song takes on a different light as a duet. Colter and Jennings, Outlaw Country’s power couple, give the song the feeling of a vow. The album, released early during Jennings’ journey to a career free of the restraints of the Nashville system, was his last with producer/musician Chet Atkins. Jennings was feeling restless with Atkins’ style and song and production choices, and maybe Atkins felt the same, as most of the producing duties on the album fall to Danny Davis — who Jennings maybe pulled a gun on — and Ronnie Light. The album earned a rave review in Rolling Stone (“It’s all dynamite stuff […] if Waylon Jennings isn’t already a country superstar, he soon will be.”), and soon after, Jennings would start crafting the career he wanted on his own terms. Colter and Jennings’ version, and its weighty honesty backed by an arrangement that’s just-threatening-to-be-too-much in its soaring grandness, is a great example of what Michael Streissguth wrote in his book Outlaw about this era of Jennings’ music: “the Davis-produced tracks showcase deeply riveting vocals amid bold instrumentation on starkly realistic songs.”