Toy Story 3 left an impression on everyone who saw it when it premiered in 2010, but especially brothers Morgan and Mason McGrew. The two were so moved by it that they recreated the entire Pixar film using real toys in their own stop-motion animation. It’s a mirror image of Toy Story 3, and it only took the duo a casual eight years (!) to make.

Last month, the McGrew brothers uploaded an hour and 40 minute film called Toy Story 3 IRL to Youtube. It’s a shot-for-shot replica of the original animated movie by Pixar, only they used everything within their means to do so: plastic toys, construction paper, iPhones, and an endless pool of imagination. What makes the whole thing go from impressive to downright remarkable is the fact that Morgan and Mason McGrew were just 15 and 12 years old when they began working on the project.

“As soon as we saw Toy Story 3, it became our favorite film, and will forever be,” Mason McGrew told BuzzFeed. “We’d always been [such] huge fans of Pixar and the Toy Story franchise that we eventually decided we wanted to pay tribute to the studio and film that we love so much.”

Ranking: Every Pixar Movie from Worst to Best

Ranking: Every Disney Song From Worst to Best

The brothers quickly learned that you need a lot of patience to create stop-motion animation — a six-second clip can contain about 25 video elements — especially when building a feature-length film. Clearly they settled in for the long haul. Best of all, naysayers can’t doubt the duo because they tracked their progress in real time on Facebook with behind-the-scenes looks at how their friends and family stood in for Andy and company, which set decorations were designed by hand, and the first footage of title sequences (including Disney’s iconic castle opening).

“Overall, the hardest thing about this film was staying disciplined,” Mason said to BuzzFeed. “It was very important to us that we finish what we began as kids.”

Luckily, Disney gave the brothers the green light to upload the stop-motion film. Since posting it to Youtube on January 25th, it’s racked up two and a half million views. So grab your cowboy hat, put on your boots, and join them in their handmade adventure by watching Toy Story 3 IRL below. 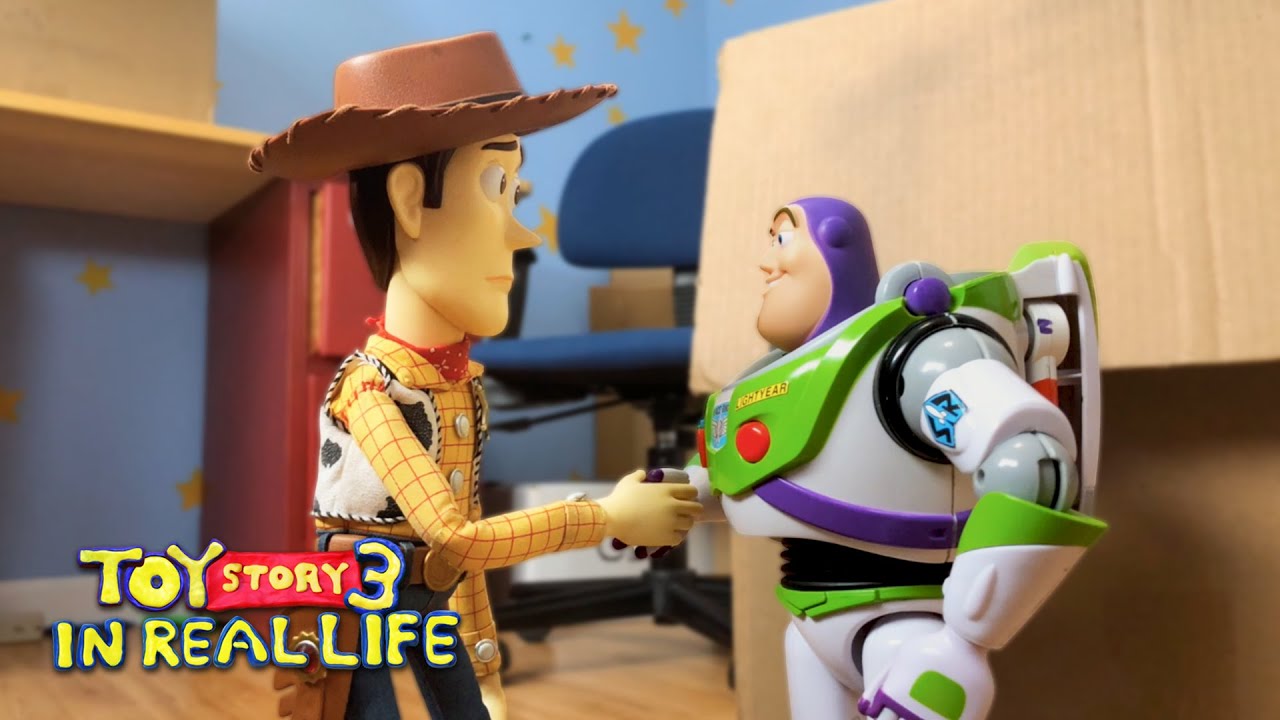