The Pitch: New York, 1977: Star Wars has just premiered, Jimmy Carter is President, and bell-bottom jeans are all the rage. Oh, and thousands of displaced Nazis are living and working undercover in America, hoping to undermine democracy and institute a Fourth Reich in the United States. (You hate to see it.) This last inconvenient factoid becomes crystal clear to 19-year-old New Yorker Jonah Heidelbaum (Logan Lerman) when his grandmother Ruth (Jeannie Berlin) is callously murdered one day in her home while he watches helplessly.

Not long after, Jonah’s approached by Meyer Offerman (Al Pacino), a wealthy old friend of Ruth’s from their days in the concentration camps, who turns out to bankroll a group of Nazi hunters hoping to track down and exact revenge on the Nazis who’ve escaped justice and fled to America. Seeking justice for the death of his grandmother (and the team’s former leader), Jonah signs up for Offerman’s crusade, offering up his skills as a codebreaker. Just in time, too, as a dogged FBI Agent (Jerrika Hinton) and the Nazis themselves are hot on the Hunters’ trail.

Pacino’s List: Hunters knows it’s got a lot to juggle, which is why almost every episode runs upwards of an hour (and the premiere episode is straight-up 90 minutes). A groovy ’70s exploitation take on Nazi-hunting that also wrestles earnestly with the historical evils of Nazism and the generational trauma of the Jewish people after the Holocaust, plus comic book references? It’s a lot to tackle, and sometimes the tonal whiplash gets the better of Hunters‘ occasionally over-long episodes. Grim, poignant flashbacks of murder and torture in concentration camps pinball against groovy, fourth-wall-breaking moments of dark comedy (the rest of the Hunters are introduced in a bizarre bat mitzvah sequence, complete with stylized movie posters signifying each Hunter’s role). Pacino’s Offerman warns the comic-nerd Jonah that life isn’t like one of his funny books, but the Hunters blithely refer to their hideout as “the Batcave”. 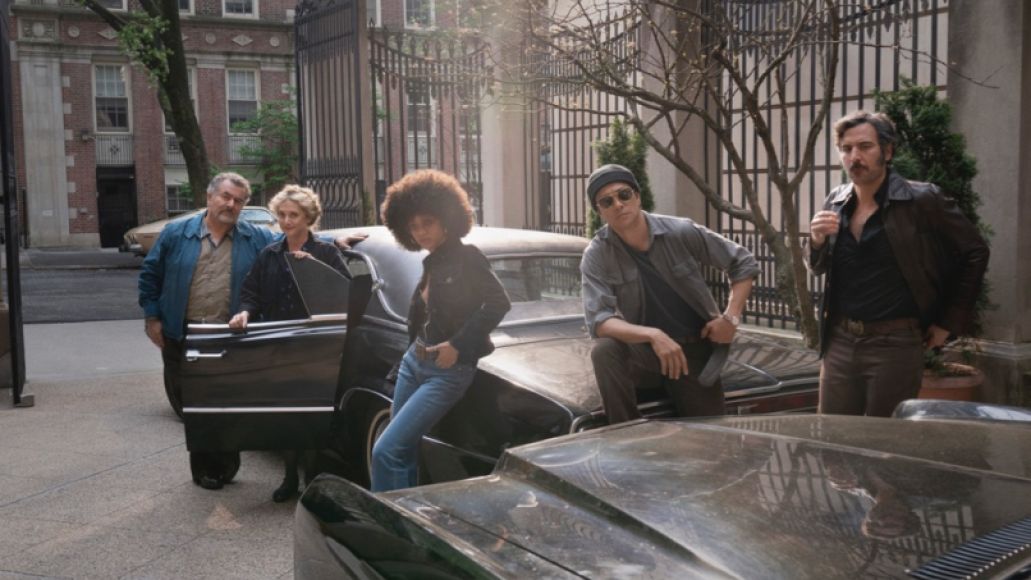 It’s Not Murder, It’s Mitzvah: But this all dovetails with the pet interests of show creator David Weil, who grew up listening to his grandmother’s stories of the Holocaust, interpreting them through the same lens of good and evil as Golden Age comic books. In this way, the hypocrisy is baked right into the show’s premise; for the longest time, Nazis have been our go-to bad guys because it’s so easy to dehumanize them, their crimes so great that we can kill them on-screen with impunity. But, Weil asks, what price do we pay for the sweet, stylized taste of revenge? As Jonah’s quest to avenge his grandmother expands into the Hunters’ more wide-reaching killing spree, we see the heaviness of what he’s asked to do weigh on him, the screams of their victims literally ringing in his ear. Like him, we get a great deal of vicarious fun out of these intricate heists meant to kill objectively evil people, especially when they’re performed with such colorful panache.

The Chabad Squad: It helps that the Hunters themselves are a dynamic lot: there’s British nun-turned-British spy Sister Harriet (Kate Mulvany); Roxy Jones (Tiffany Boone), a streetwise Foxy Brown type with lockpicking skills; Joe Torrance (Louis Ozawa), the team’s muscle, a no-nonsense Vietnam vet; Murray and Mindy Markowitz (Saul Rubinek and Carol Kane, respectively), the team’s tech-heads and designers, and Lonny Flash (Josh Radnor), the fast-talking ‘face’ of the team who, it turns out, is just an out-of-work actor. While much of the story is split between Jonah’s moral journey, Hinton’s agent Millie Morris and the low-level camp of the American Nazis (more on them later), the Hunters get plenty of opportunities to shine when they get down to the Mod Squad-level business of bustin’ Fuhrer-loving fools. The only weak spot so far is Lonny, Radnor playing him with Brian Fantana-level bluster to the point where it’s unclear what he actually does for the team. Also, they’re not giving us nearly enough of the Markowitzes, which seems like a waste of A-level talent like Rubinek and Kane; hopefully we get to see more of them later in the season. 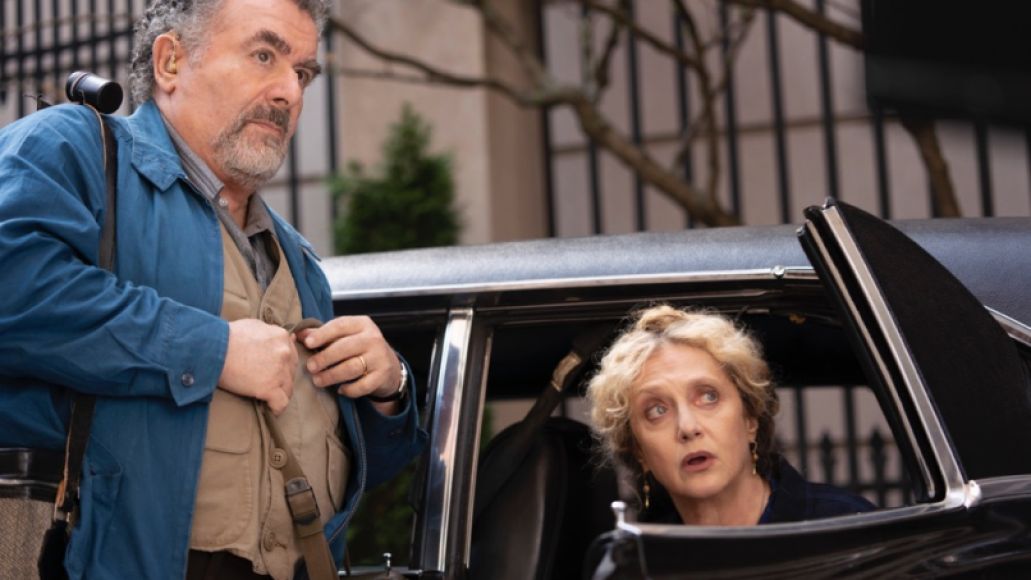 When You’re Reich, You’re Reich: The Nazis in question are malicious, to be sure, but hardly the Hitler-level masterminds we’ve come to expect, and that’s part of Hunters’ unexpected charm. We’ve got the calculating, stylish Colonel (Lena Olin), blackmailing senators when she’s not doting on her pet Great Dane, and Congressman Biff Simpson (Dylan Baker), a blustering political influencer with an aw-shucks demeanor hiding a devilishly fragile ego. Then there’s Travis (Greg Austin), the Anton Chigurh of the Nazi Party, a young, overeager American fanboy who does most of the Nazis’ dirty work when he’s not smugly speechifying to kids on airplanes about the eugenics of peanut allergies.

Travis is an odd duck, to be sure, somewhere between the silent menace of The Da Vinci Code‘s albino monk and the darkly comic sociopathy of Killing Eve‘s Villanelle. He’s clearly meant to be a parallel to Jonah — two young men radicalized into violent movements because it gives them purpose — but in these first five episodes Travis is mostly used as for shock value. By the dozenth time he’s murdered a bound-and-gagged black family in a deadly game of ‘duck duck goose’ or shot at the Hunters while loudly singing “Dream the Impossible Dream,” you figure out that he’s just a bundle of affectations, and I’m not sure how good that is for the show in the long run. 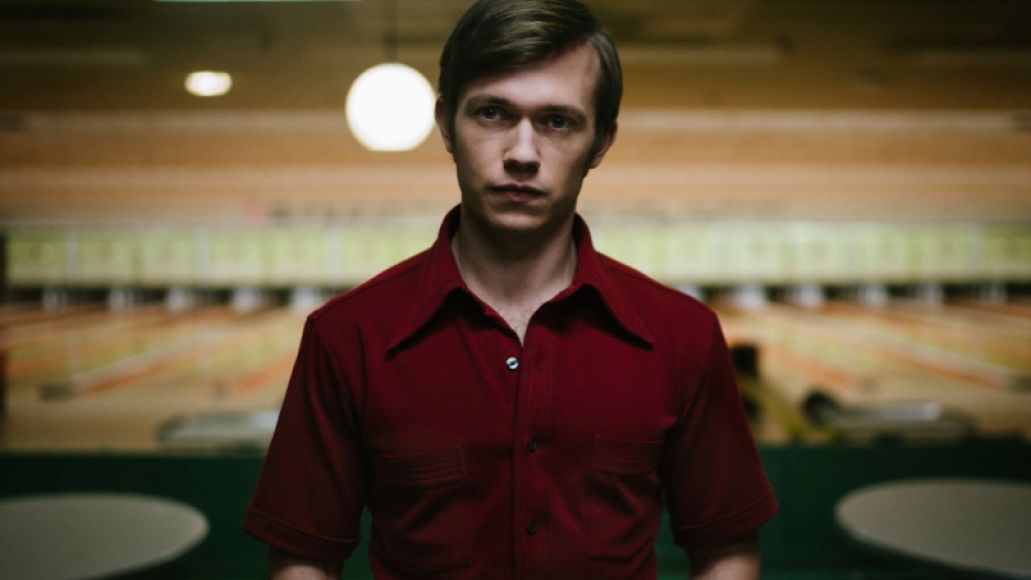 Break Out the Shag Carpet: Of course, Hunters also relishes in its ’70s setting, thanks largely to production designer Curt Beech and set decorator Cathy T. Marshall. The New York apartments feel appropriately dingy and run down; one early target’s Florida apartment is an eye-catching feast of garish wallpaper and black-tile bathrooms. The Batcave feels suitably ornate and utilitarian at the same time. John Dunn’s costumes thrum with period-appropriate style, all big lapels and high-waisted jeans. Hunters is clearly trying to fill the hole The Americans has left in our collective TV-watching diets, and on this level it doesn’t disappoint. The direction is generally strong, but it doesn’t get any better than Alfonso Gomez-Rejon’s stylized camera movements and ambitious long shots in the pilot, replete with Dutch angles and single-take sequences at family barbecues that soon turn deadly.

The Verdict: It’s gratifying to see that Hunters is doing more complicated stuff than the pulp fiction Nazi-hunting it implies on the box; in between the bright colors and droll needle drops, there’s a sense of grief and memory and loss that underpins all of the escapist fun the show feeds you. Like Jonah, the viewer is confronted with conflicting feelings, the pain of senseless violence and the slick appeal it can often have to the desperate. Walking out of a screening of Star Wars at the start of the show, Jonah explains to his friends that Darth Vader didn’t start out as a bad guy; he just thinks he’s defending a cause. That Weil and crew stick to their guns and keep the moral gray areas of its characters front and center makes all the giddy kitsch of Hunters worthwhile.

Where’s It Playing? Hunters shows up on your television screen with leather jackets and golden Nazi-hunting daggers February 21st.