This review originally ran earlier in the month.

The Pitch: So long Jimmy McGill and hello Saul Goodman! After four seasons spent circling the name and the game, our favorite silver-tongued, ever-colorful, and … shall we say … resourceful advocate is out in full force in Better Call Saul’s fifth season. Having regained his law license, Saul (Bob Odenkirk) kick-starts his new practice, aiming to represent the little (and oft-scuzzy) citizens of Albuquerque by any means necessary. While there’s still a ways to go, the soon-to-be bus bench fixture is closer than ever to becoming the entertaining huckster fans first met in Breaking Bad.

Season 5 also explores Kim Wexler’s (Rhea Seehorn) conflicted reaction to her partner’s ethically-questionable rebirth, along with her own inner turmoil. It sees Mike Ehrmantraut (Jonathan Banks) still smarting from having to slay his only friend at the behest of Gus Fring (Giancarlo Esposito). It digs into Nacho’s (Michael Mando) precarious position between Lalo (Tony Dalton), his latest volatile Salamanca boss, and Gus, the rival crime lord still exerting leverage over him. And all the while, these previously-siloed circles of influence slowly but surely draw nearer to one another.

In short, the new season picks up right where the last one left off, moving closer and closer to the known future, all while keeping the path full of enough mystery so the journey stays captivating from start to finish. 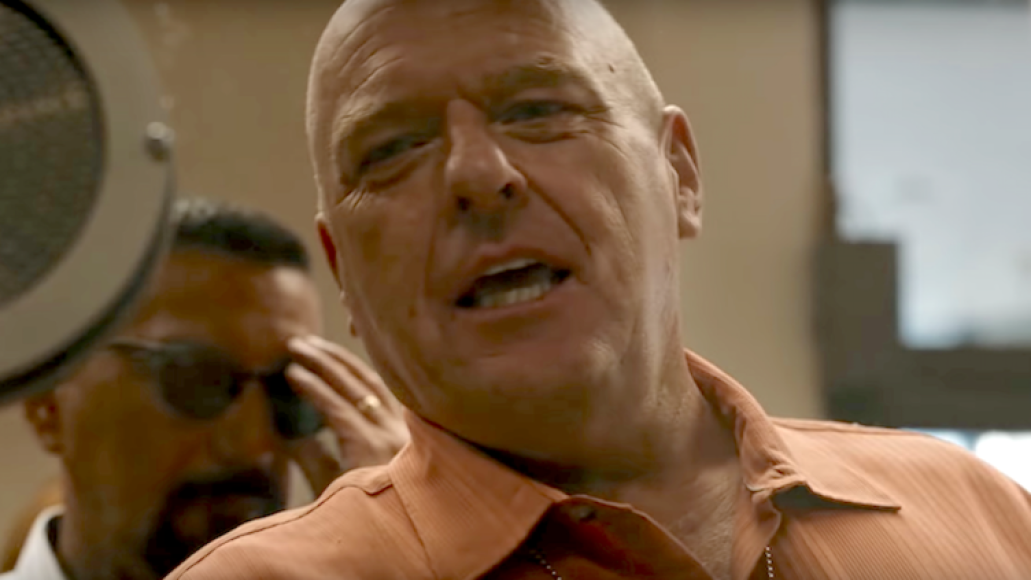 Sooner or Schrader: As the Season 5 trailer revealed, Hank Schrader (Dean Norris) and Steven “Gomey” Gomez (Steven Michael Quezada) appear in the new batch of episodes. We’re sworn to secrecy about what exactly they’re up to here, but suffice it to say, the show finds a natural enough way to weave them into the proceedings.

They join Gus Fring, Lydia Rodarte-Quayle, and multiple Salamanca family members among major Breaking Bad characters who’ve made the jump to the show’s spin-off. In principle, that’s not ideal. One of the most laudable things about Better Call Saul is the way the series established its own corner of the Albuquerque criminal (and crime-adjacent) ecosystem. While Jimmy and Mike have always been the show’s anchors, it still offered new characters and new conflicts built to drive the series on its own terms. The return of more familiar faces risks giving this show a small universe problem that could reduce it to a mere Breaking Bad prequel. 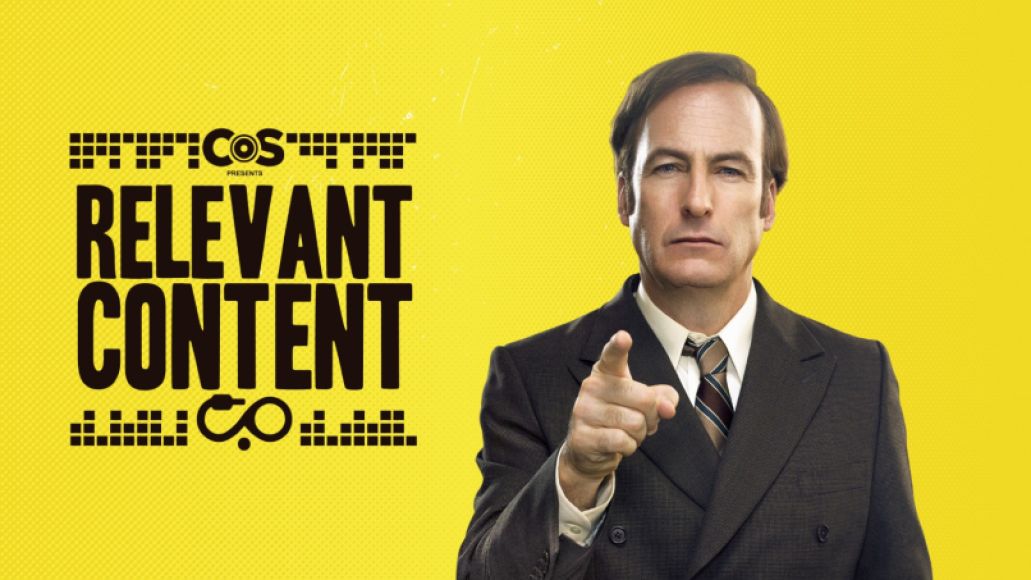 This week’s episode of Relevant Content heads to Los Pollos Hermanos for an extensive preview of Better Call Saul Season 5. Be sure to stop by on Wednesday, February 19th at 3 p.m. EST / 12:00 PST via Consequence of Sound Radio on TuneIn.

And yet, it’s hard to deny the pleasure of seeing the pair of DEA agents show up in this part of the timeline. Norris, Quezada, and the writers crafting their lines haven’t lost a single step since their last appearance in 2013. The pair’s banter and police work sounds and feels exactly like they did when viewers knew Hank as Walter White’s brother-in-law. The show finds a plausible reason to invoke them here, and Peter Gould and company have earned enough goodwill for fans to trust that the duo have a reason to join this story beyond the joy of recognition.

In the meantime, it’s just damn fun to see them again. 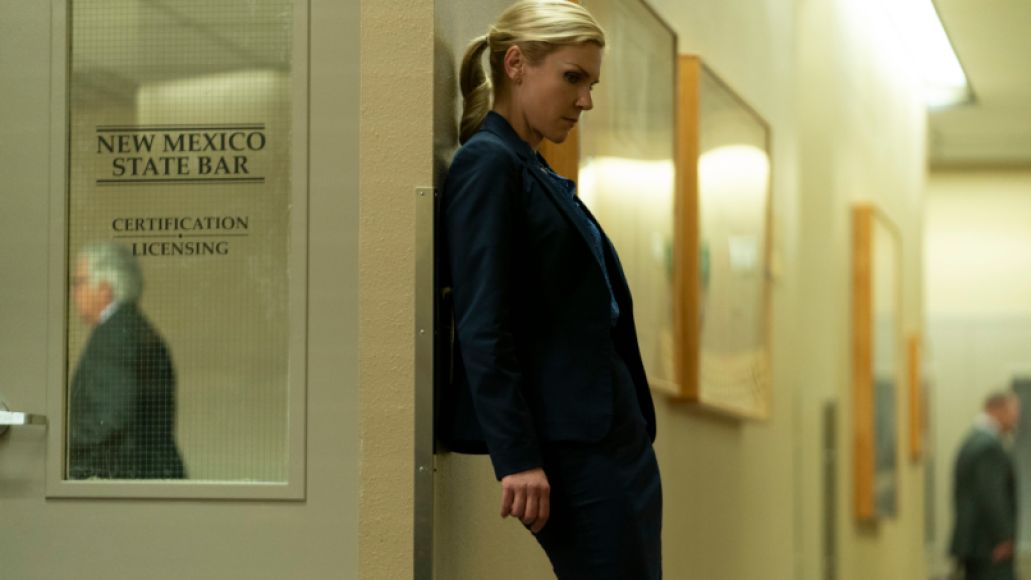 Kimplicit: Kim Wexler continues to be one of Better Call Saul’s best and most vivid characters. It’s riveting to watch her balance her waning tolerance for Jimmy’s morally dubious bent against her own impulse to use his questionable methods to earn results that are otherwise hard to come by. More than ever, this season presents a version of Kim who can’t quite vocalize her slow-simmering disgust for the approach Jimmy’s now embraced whole-heartedly, but who also can’t quite let go of the fun she has when she gives into it.

As always, Seehorn nails the complex bundle of emotions that her character carries from scene to scene. In the first quartet of episodes, Kim sublimates her disgust for Jimmy’s choices. She hates herself for enabling and even joining in on his schemes. She worries about what causes she’s truly fighting for. And, as always, she finds the necessary solutions to her problems, even if they occasionally make her wince. The cracks and spackle of Kim’s relationship with Jimmy, and her increasingly fraught relationship with herself through all of this, are the early highlights of a season not short on them. 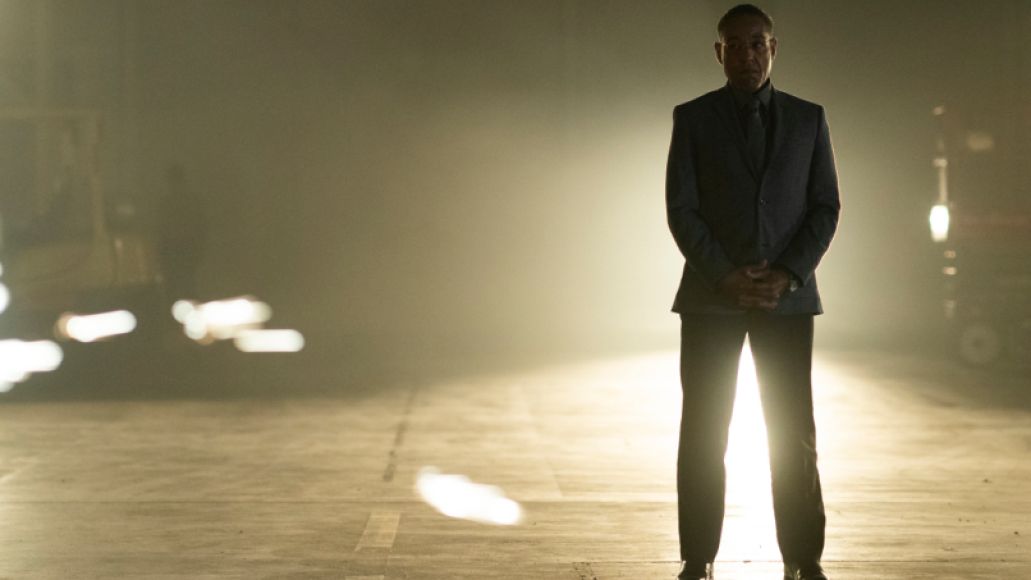 Stuck in the Middle with You: The biggest knock against the prior season is how Gould and company set Nacho up for a compelling arc in the shadow of his move against Hector, and then all but forgot about him. Season 5 corrects that. Nacho’s role as Lalo’s second in command, and his position as Gus Fring’s reluctant accomplice, puts the guy in an endlessly compromising position that pays immediate dramatic dividends. He’s smart and calm enough to navigate such rough terrain with aplomb, but the tug of war can only go on for so long until something has to give.

But beyond the cartel machinations, Season 5 drills down into the psychological effect that this persistent tension exerts on Nacho. It’s a great showcase for Mando, who communicates Nacho’s futile desire to leave all this behind, and to protect his father from the worst of it, and yet at the same time, finding himself drawn deeper and deeper into this morass, regardless of his wants or hopes. That’s a tragedy every bit as potent as Jimmy McGill’s, and the new season doesn’t forget it. 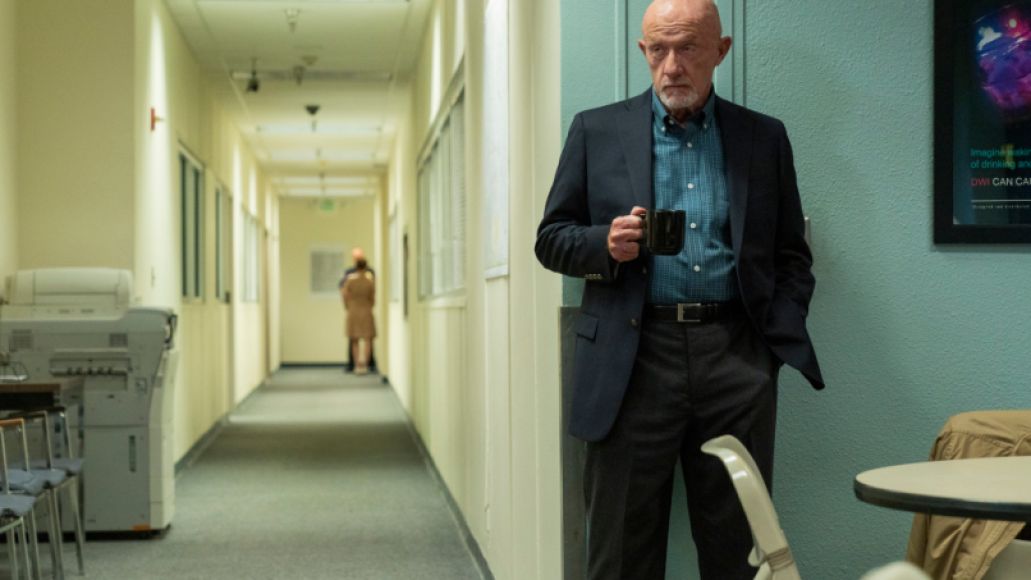 The Verdict: It’s a treat to see the real Saul Goodman back in action once again, but it’s also sad. As fun as it is to watch the famed legal showman deploy his gift for gab and reach into his bag of tricks, Season 5 underscores the ways this transformation (or revelation) changes things for Jimmy. His new lease on life seems to be pushing Kim away, or at least complicating their already-fraught relationship, while also nudging him ever-closer to the more dangerous elements in Albuquerque. The new season (or at least its first four episodes) tease more of these events for sometime down the road than they deliver in the present. But the show also takes care to remind viewers that however entertaining Saul and his antics are, his story is ultimately a tragic one.

At the same time, Season 5 leans more into the cartel intrigue that helped fuel Breaking Bad’s pulpier wiles. The rivalry between Gustavo Fring and the Salamancas keeps burning, with Lalo’s arrival escalating tensions and providing Gus with a worthy adversary. Nacho’s involvement adds a persistent sense of danger and suspense to each twist in the story and heightens the peril at every turn. Those who couldn’t care less about the show’s committed character work and just want to enjoy a few thrilling mob contretemps will walk away as happy as those still reveling in the slow-spun development of the show’s impeccable cast of characters.

The only catch is that in earlier seasons, Better Call Saul often felt like a lamentable but no less tense wait for the title character to truly arrive. Now that he has, there’s the sense of the new season as one long exhale. The fall of Jimmy McGill is all but complete; now all that’s left is the rise of Saul Goodman, and we know more about the latter story than we knew about the former.

But there’s still plenty we don’t know. The complicated relationship between Jimmy and Kim, and where Saul’s ascendence will leave the caring-but-conflicted Ms. Wexler, continues to fuel many of the series best moments. The question of where the budding conflicts within the cartel will leave Nacho, who’s similarly pulled from both ends, continues to captivate. And all the while, Better Call Saul can still boast its distinctive aesthetic, some stellar visual symbolism, and an array of outstanding performances. The show hasn’t missed a beat since it last rolled credits in 2018.

Now, however, Saul Goodman is here. Jimmy McGill is hanging on by a thread. And with the end in sight, the new season joyously lets that thread grow thinner and thinner, as the world around him grows smaller and more dangerous, and the future starts to arrive.

Where’s It Playing? Saul will sell you a burner on Sunday, February 23rd.

TV Review: Better Call Saul Season 5 Gets Closer Than Ever to Breaking Bad