The Pitch: High school’s a bitch, and no one knows that better than Sydney “Syd” Novak (It star Sophia Lillis). A tomboyish outsider burdened by bullies, a frustrated mother, a father who committed suicide, and an unrequited crush on her best friend Dina (Sofia Bryan), it’s no wonder Syd is prone to fits of anger. There’s just one problem: lately, whenever her anger builds, unexplained things happen around her. Subjects of her ire, like Dina’s douchey jock boyfriend Brad (Richard Lewis), suddenly get nosebleeds and cracks form in her bedroom wall. She’s got no idea what’s happening to her, and the only person she might be able to turn to is her dorky neighbor Stanley Barber (Wyatt Oleff, also from It). At this point, the question isn’t whether or not she can survive high school, but whether high school can survive her. 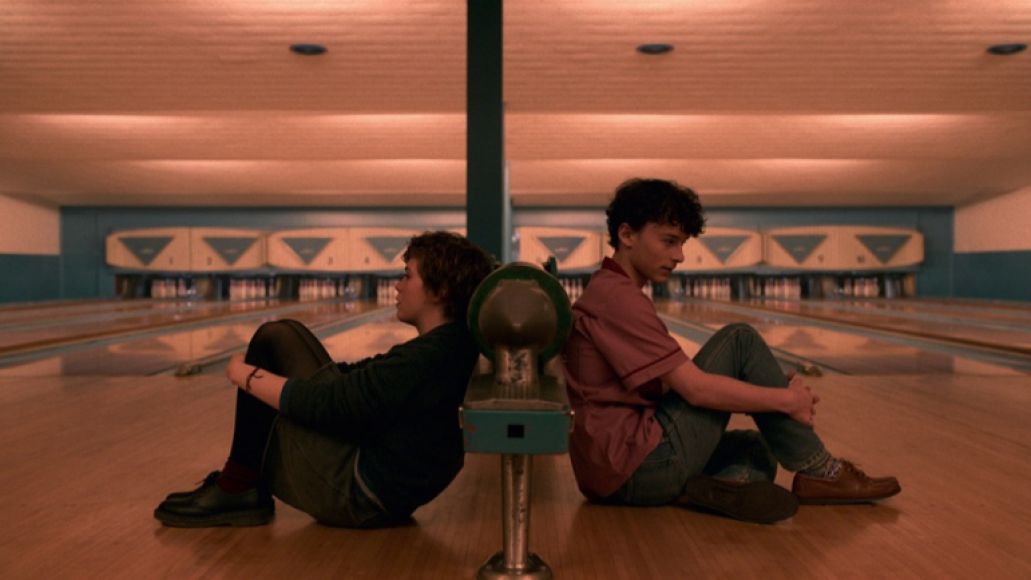 I Am Not Okay With This (Netflix)

Dear Diary, Go Fuck Yourself: Netflix has their original content curation down to a science at this point — find what people are watching, localize what’s trending most, and crank out something similar they can binge in a weekend. It’s not hard for I Am Not Okay With This to feel manufactured by an algorithm, whatever verve the performances and direction eke out of the material. Although it’s based on the 2017 graphic novel by Charles Forsman, I Am Not Okay With This feels like a stew of some of Netflix’s greatest hits. What if the Molly Ringwald character from a John Hughes movie was Eleven from Stranger Things, the show asks?

Well, the results of that particular gumbo are eminently watchable, if a bit predictable at times. The show clips along at a brisk clip (the episodes are, blissfully, 20 minutes on average, and the seven-episode run means you’ll be done with the first season in an afternoon), but along fairly familiar paths. Pretty much everybody, Syd included, trods along their expected archetypes with little variation: the emotionally harried, overbearing mother, the dorky best friend with a heart of gold, the smarmy bro.

There’s also the rager at a friend’s house that opens up emotional wounds, the furtive first kiss between uncertain lovers, the climax at the big dance. There’s even a whole Breakfast Club episode involving a heist during detention, and the finale has more than a few shades of the prom scene from Carrie. That said, the presentation is strong, with director Jonathan Entwistle’s grainy, Hughesian charm smartly widening to glimmers of Duffer Brothers-style spectacle when needed. 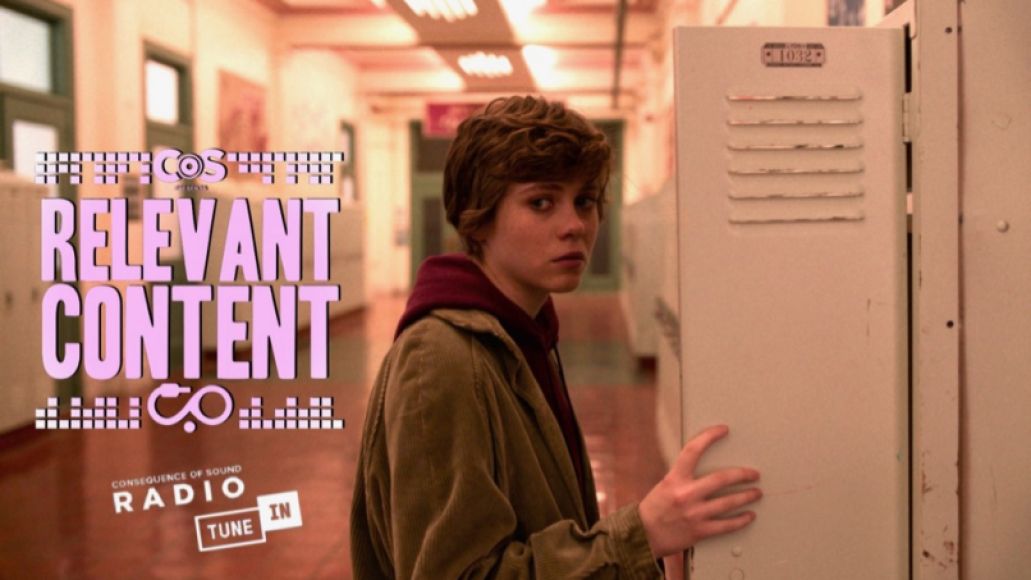 This week’s episode of Relevant Content features interviews with I Am Not Okay With This showrunner Jonathan Entwistle and star Sophia Lillis. Be sure to stop by on Wednesday, February 25th at 3 p.m. EST / 12:00 PST via Consequence of Sound Radio on TuneIn.

Turned Up to Eleven: If you’re going to ape a heaping helping of John Hughes movies and Stranger Things, though, the least you can do is make your protagonist interesting, and Lillis’ spirited lead turn is what keeps most of I Am Not Okay With This afloat. Sure, as was the case in It, it’s a tall order to buy the conventionally good-looking Lillis, with her short crop of red hair and winning smile, as a frumpy outcast. (We even get the She’s All That transformation scene, where she reveals herself to be a new, beautiful Syd with the help of a dress and a little makeup.)

But Lillis infuses her character with a relatable well of teen angst, and she continues her Losers’ Club chemistry with Oleff, both of whom suggest the kind of bitter teen edge that made show creators Jonathan Entwistle and Christy Hall’s previous show The End of the F**king World (also a Forsman property) so appealing. They, along with Syd’s brother Liam (Aidan Wojtak-Hissong), feel like the closest to real characters, and not just stock recreations of John Hughes players. 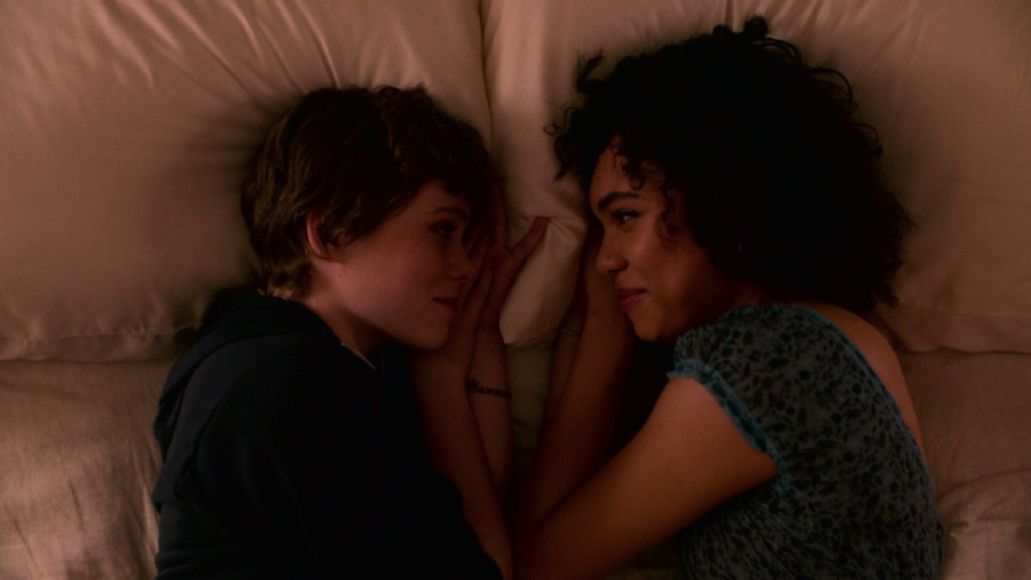 I Am Not Okay With This (Netflix)

Living Bi Carrie-Ously: One welcome wrinkle (besides Syd’s narration straight from her acid-tongued diary) is the bisexual love story between Syd and Dina, which at least offers something new among the Sturm und drang of I Am Not Okay With This‘ cliched proceedings. To their credit, Lillis, Bryant, and the showrunners take their time to play out this romance; we clearly see the attraction, but Syd takes a little longer to grok it herself. Plus, like a lot of young queer romances, there’s the performance of heterosexuality that stifles both characters, from Dina’s obnoxiously performative relationship with Brad to Syd’s own confusion about her feelings. Even so, the romance dynamics play themselves out in some creakily standard ways, right down to Stan’s Sixteen Candles-like affection for Syd that hasn’t felt new since the ’80s. It’s always nice to see bi stories present themselves, but do they always have to be about the destructive anguish of unrequited love? Give us a win once in a while, geez!

Ranking: Every John Hughes Movie From Worst to Best

The Verdict: As I Am Not Okay WIth This barrels toward its conclusion, with blood-soaked dresses and the realization that Syd may not be the only one out there with powers, one wonders what a season two will look like. Is this all a quick and dirty prologue to get to the good stuff, as Syd figures out her powers and learns more about her dead father? Was Season 1 just a quirky tween superhero origin story? Whatever it takes to expand the world find some new, fun things for Lillis to do, let’s hope Entwistle and Hall lock it down and shake things up a bit more. There’s a lot of potential here, and I’m always up for giving Lillis greater bona fides as one of the best young horror actors of her generation.

Where’s It Playing? I Am Not Okay With This causes nosebleeds and pours on the supernatural quirk via Netflix on February 26th.

TV Review: I Am Not Okay With This Has the It Factor