Early in their career, Ghost operated under the allure of their mysterious corpse-painted frontman, Papa Emeritus. Though it had been speculated that the singer was Swedish metal auteur Tobias Forge, it wasn’t until an offhand social post by Behemoth’s Nergal that the identity of Papa Emeritus was all but confirmed.

While backstage at the FortaRock Festival in the summer of 2014, Nergal posted an otherwise harmless selfie with an unmasked Forge with the cheeky hint-hint-wink-wink caption: “If you have ghosts… U have everything ;)”. To boot, both Behemoth and Ghost were on the FortaRock lineup.

Subsequently, Forge’s identity was officially confirmed when he was forced to reveal himself after ex-bandmates took legal action against him. But at the time of Nergal’s post, the selfie was the most definitive proof of the man behind Ghost, who were in the midst of their meteoric rise in heavy metal. Nergal recounted the reveal, which fortunately didn’t bother Forge too much.

“Kristen [Mulderig] — his manager and my good friend — she was, like, ‘Oh, shit! Don’t do that! Please remove it!’” Nergal said of the selfie in a new interview with Ultimate Guitar. “So I removed it but, obviously, it was too late. I was… look, to be completely frank with you, I’m very spontaneous when it comes to social media, which is probably one of the reasons why it’s so popular and why people did that — there is no manager behind it, there is no hired gun behind it.”

He added, “It’s Adam ‘Nergal’ Darski, that’s just being himself, just being spontaneous. I’m just basically showing a part of my world. I’m sharing that with the universe. That’s it, you know? I mean, I’m showing as much as I can. But it’s honest. And I was probably… I wasn’t really thinking twice when doing that.”

Slipknot, Mastodon, Trivium members to guest on new album from Nergal’s Me and That Man

He continued: “Obviously, I didn’t put, ‘Tobias Forge with me’ or whatever; I just put a caption, like, ‘If you have Ghost, you have everything.’ But maybe that was too much of a hint for people. I mean, people have known before. If you just Google’d… his face was out there. The speculations were going on for years, and people would guess who he is. Somehow, I put the dot over ‘i,’ which I’m sorry for. I texted Tobias shortly after, but he was, like, ‘Ah, man… It’s fine, it’s cool. I mean, it’s gonna happen sooner or later, so f**k it.'”

Nergal is set to release a new album with his side-project Me and That Man, while Behemoth will reissue their 1995 debut EP and perennial black metal classic And the Forests Dream Eternally in May.

Forge, meanwhile, most recently took on the persona of Cardinal Copia to front Ghost, leaving behind the Papa Emeritus character. Ghost are currently at work on the follow-up to 2018’s Prequelle, with Forge likening the forthcoming LP to Metallica’s “Black Album”. The band’s fifth album is expected in 2021.

Photo shared by Nergal on social media in 2014: 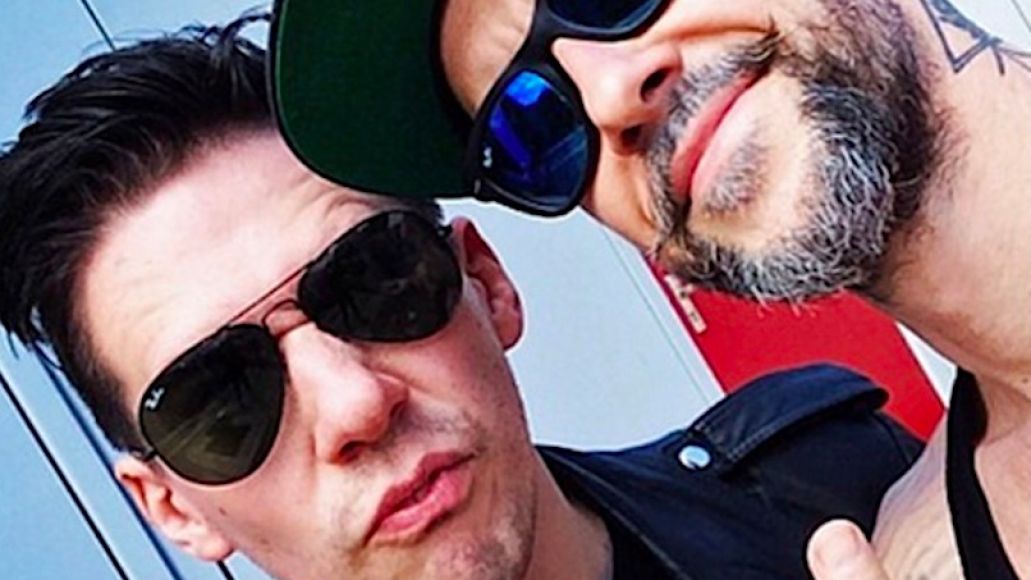