Editor’s Note: As The Bends celebrates another anniversary, Tyler Dunston’s classic review from March of 2020 reminds us that going into this album, Thom Yorke and the gang were just twentysomethings, one-hit wonders who really had no clue what to do next. That’s not how we tend to view the most important rock band on the planet, but, yes, it’s true. Radiohead were once just a band trying to figure things out for themselves … and The Bends is where that process truly began.

It’s easy to look back on Radiohead’s discography and see the scope of their achievements as inevitable. In retrospect, the band have had a near-perfect career: initially gaining widespread attention with the much-loved and much-maligned “Creep” and a hit-or-miss debut album largely indebted to grunge and ’80s American indie rock bands like R.E.M. and Pixies and then becoming critical darlings, challenging themselves to stretch their sound to encompass new musical ideas. Many see their output up to 2000’s Kid A as the musical-career equivalent of a mind-expansion meme. The Bends was the album that forced critics and listeners alike to take them seriously — in a sense, it was the beginning of Radiohead as we know them today. However, as inevitable as it may seem in retrospect, it was anything but at the time.

One of my favorite anecdotes about the creation of The Bends highlights the important fact that at this point in their careers, Radiohead were twentysomethings, one-hit wonders who didn’t know what they were doing. It’s actually the story behind the now-iconic album cover, the first one Stanley Donwood, who’s been involved in all things Radiohead ever since, did for the band. 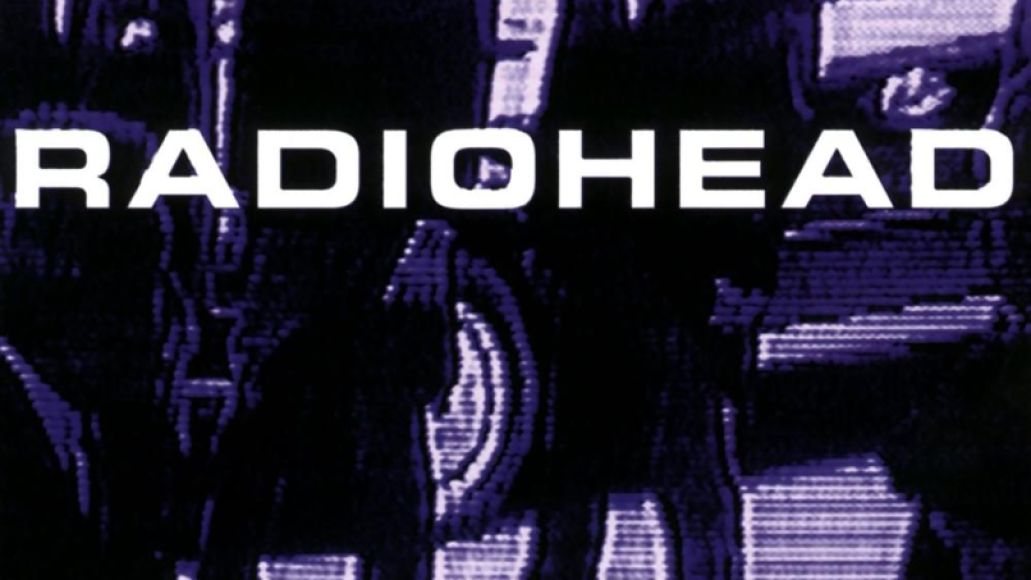 Thom Yorke and Donwood met at the University of Exeter, both of them studying art and literature. Donwood first collaborated with Radiohead on the cover for the 1994 single “My Iron Lung”, which would later appear on The Bends. Inspired by that single, Yorke and Donwood, two kids with an old-school video camera, went to a hospital to get footage of an iron lung, which, according to Donwood, turned out to be “not very interesting to look at.” They found a more interesting subject in the form of a CPR mannequin. After recording the footage, they played it on a television and photographed the screen, creating the grainy, shimmering variations in color you see on the cover.

Ranking: Every Radiohead Song from Worst to Best

I like this story because it shows a side of Radiohead that undercuts the mystique generated over the years by the band’s critical adulation, far-reaching influence, and exploration of increasingly insular, experimental sounds on later releases. The Bends shows us a group of young artists who are very much still figuring it out, jaded early on by unexpected fame, throwing ideas against the wall to see what works. We see this process of creation-as-discovery in the story behind the album artwork as well as in the record itself.

This need to experiment stemmed just as much from youth and inexperience as it did from desperation. The success of “Creep” took a toll on the band. Before they had a chance to discover who they were for themselves, countless listeners had already put them in a box: they were derivative, they were a one-hit wonder, defined by a single song at the start of their career. After a cancelled set, Thom Yorke told NME, “Physically, I’m completely fucked, and mentally I’ve had enough,” and the band’s record label hit them with an ultimatum. Though many have come to admire Radiohead for their consistency, in the lead-up to The Bends, it was becoming increasingly unclear whether the band had a future at all. 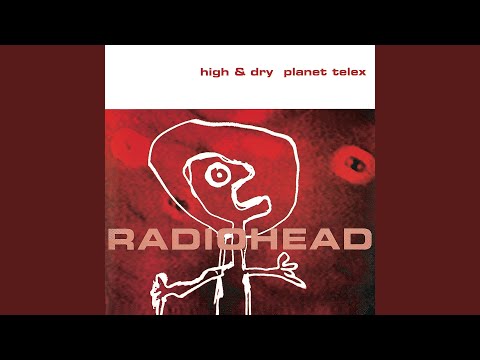 When opening track “Planet Telex” was released as a split single with “High and Dry”, it pointed toward the future, but no one, perhaps not even Radiohead, knew it yet. The loops, the keyboards, the studio flourishes, the shimmering tone, and the abstract lyrics — all, in retrospect, point to the band’s future. It’s difficult to listen to “Planet Telex”, and much of The Bends in general, without thinking of where the band would go from there, without hearing the feedback of OK Computer and the synthetic frigidness of Kid A. That opening single sounds nothing like Pablo Honey. It’s easy to see the band Radiohead were becoming in it, but the creative process was certainly not as clear as it seems now. There was a haphazardness to the way this song came together. Story goes, the band laid that record down in one night, after a night of drinking. Thom Yorke was lying on the floor as he recorded the vocals (in one take). And they were going to call the song “Planet Xerox” before they realized it was trademarked. They were still young, unaccustomed to fame, but they had something to prove, and they were spitballing, following their impulses and inspirations to truly exciting results.

One thing they were sure of was that they didn’t want to create a second Pablo Honey. Although The Bends still bears the influence of grunge and ’80s indie rock, musically it was a massive leap. The guitar playing became more complex and mercurial, oscillating between placid strums and frenetic freak-outs. We see this duality in a song like “Nice Dream” starting with chords and lyrics by Yorke before being expanded and complicated by Johnny Greenwood and Ed O’Brien. You can hear this tendency to fuck up (in a good way) a would-be straightforward song across the record, particularly in tracks like “My Iron Lung”, which purposefully flouts the constraints of a song like “Creep”. 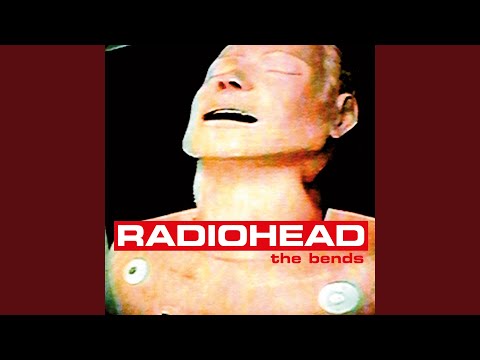 Greenwood’s influence (particularly his string arrangements, which are incidentally all over the band’s most recent album, A Moon Shaped Pool) became more pronounced. And The Bends saw the entrance of Nigel Godrich, the band’s longtime producer and de facto sixth member, who did engineering for the record and produced “Black Star”, which could have been a more straightforward song if it weren’t imbued with such menace and restless energy. This restless energy permeates the record.

On The Bends, Radiohead were not content — to be another Britpop band, to be a one-hit wonder, to be what they were last year, last month, last minute. That restlessness has ironically been a major factor in the band’s consistency over the years — an unwillingness to settle, to continue making the music they’ve always made. Their constant reinvention has given the illusion of consistency and inevitability, but it was the band’s frantic desire for discovery, for trying new things, that have made them the band they are today. As Thom Yorke said shortly after the release of Kid A, “The best things are often those that go somewhere you weren’t expecting.”

Pick up a copy of The Bends here… 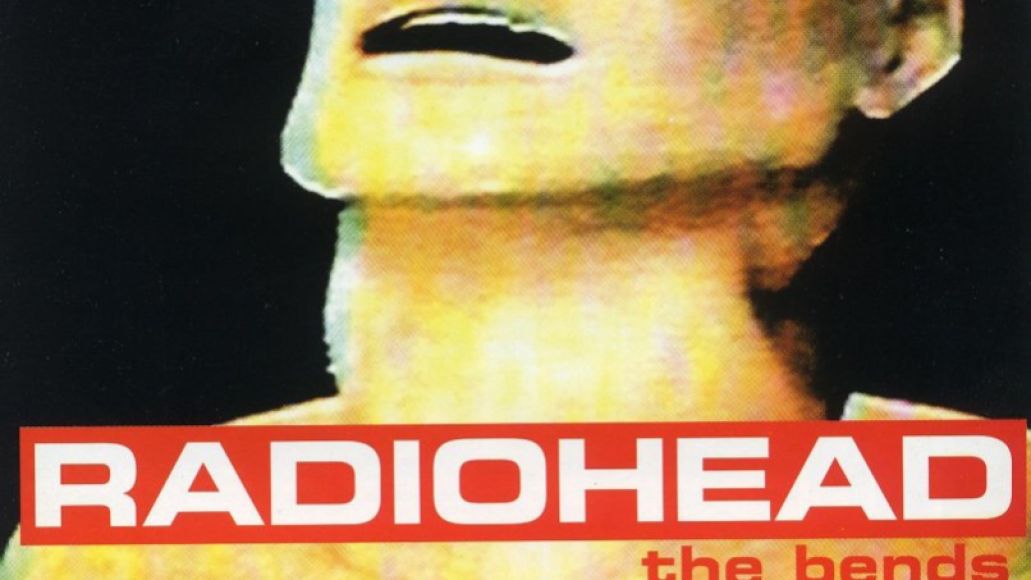 Radiohead's The Bends Was a Sophomore Record No One Saw Coming: Classic Album Review