Michael Eisner had three sons and only one of them really took after him: Michael Jr., who they called Breck after his mother’s maiden name. Although Breck hasn’t been able to live up to his father’s financial successes — he would have to lord over Disney to live up to that legacy — he did something more interesting and worthwhile. He took the lessons from the movies his father helped fund at Paramount and Disney — from Grease to Raiders of the Lost Ark, Star Trek: The Wrath of Khan to The Little Mermaid — and made intriguing blockbuster genre pieces. His first major feature was the 2005 quadrillion-dollar Clive Cussler adaptation Sahara, which is more entertaining than a movie based on any of Cussler’s doorstop airport paperbacks has any right to be; he also worked a fair amount on TV, directing episodes of The Expanse; and the terrifically silly The Last Witch Hunter in 2015. In between all of that, however, sits maybe his best work to date — his 2010 remake of George A. Romero’s The Crazies. 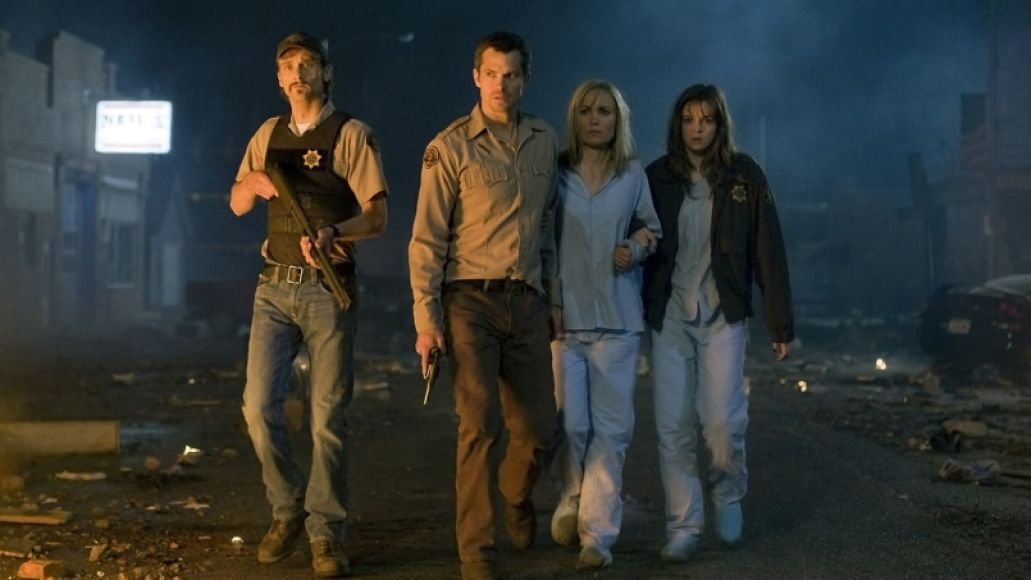 Eisner’s style is rock solid and his three theatrical releases learned the right lessons from Steven Spielberg and the Star Trek movies his father produced. If Sahara is Eisner’s attempt at an Indiana Jones movie, The Crazies was his Poltergeist, and Eisner proved himself capable of being both producer Spielberg and director Tobe Hooper (all of whom, including Eisner, worked on Spielberg’s television show Taken). He was fearless about gore and taboo breaking. The Crazies, like Poltergeist, is about the dissolution of suburban America, through the eyes of one family. In this case, it’s Timothy Olyphant and Radha Mitchell as the sheriff of fictional backwater Ogden Marsh and his wife the town’s doctor. They watch as one guy, then two, then seemingly everyone, succumbs to a kind of paranoia-inducing sickness.

Topping Romero’s movie would have been essentially impossible, if you took its mission at face value. The original Crazies, or Codename: Trixie, is a top-down study of how a military operation spirals into chaos, and innocent people’s lives are written off as collateral. In that film, a toxin finds its way into the water supply of a Pennsylvania suburb, and the military are sent to quarantine the area, arriving too late to stop the spread of the toxin. Soon, they can’t tell the difference between the proudly armed denizens of the town, who think the military are here to kill them, and the people driven incurably mad by the toxin who want to kill everybody. Eventually, the head honchos lose control of the situation, and have to be cool with the deaths of hundreds while overseeing research into a cure in a high school chemistry lab. Looking back, The Crazies was Romero throwing the Vietnam War in his own backyard to see what it would look like if, suddenly, we found ourselves in the position of an armed insurgency at the mercy of the US government. It’s a movie that’s extremely messy and exceptionally bleak, even for the bummer ’70s. 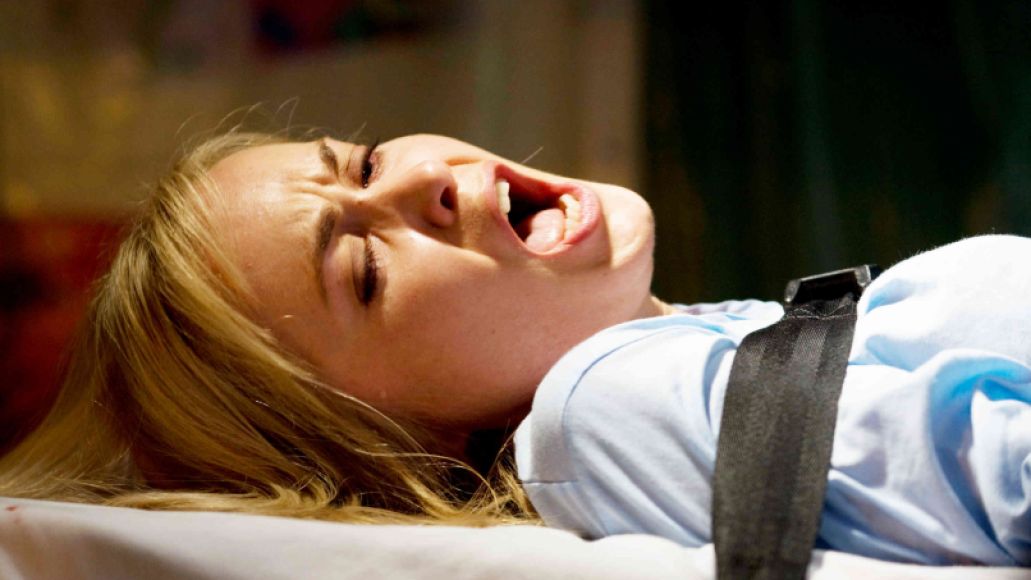 Eisner rightly decided he couldn’t get away with making a film with the spirit of Romero intact at his budget — or given the time. Two years into Obama’s presidency, Americans weren’t exactly champing at the bit to re-litigate the still-active Iraq War, the closest analogue Eisner could have reached for in 2010. Despite this cultural pivot, the original film’s mistrust of the government still fuels aspects of this film, and it’s no coincidence that towns like Ogden March were treated like farm teams for the US military. In fact, when they unmask the soldiers killing and capturing townsfolk, it’s revealed they’re just kids, and they look an awful lot like the ones lying on the ground. Agree or disagree, but Eisner didn’t need more underlining than that, especially since there was just no way he was going to best George Romero, the Otto Rühle of American Cinema on his home turf.

Instead, Eisner went big, manufacturing tightly wound set pieces with excruciating tension and bloody payoffs. He had Spielberg’s knack for action sequences set in moral gray areas, and at its best The Crazies recalls some of the bombing raids in Munich. Almost immediately, the film ricochets from one taut confrontation to the next, beginning with a man walking into a baseball game with a loaded gun and ending with a confrontation involving three yahoo hunters at a gas station. Every wound really and truly hurts, and the decision to go with practical effects pays rich dividends. A good example is when some vengeful townspeople corner Olyphant and Mitchell in the bedroom they made up for their unborn child, and he has to use a knife stuck in his hand as a weapon to defend himself. It helps, of course, that Olyphant and Mitchell are the perfect couple for a film like this. Olyphant’s eyes are put to work as each new sight yanks more incredulity from his fried brain than the last. He’s exactly the kind of grounded and rational screen presence you want fighting horrors of science. Meanwhile, Mitchell is one of the great scream queens and final girls, and she does heartbreaking work as an expectant mother watching her life’s plans fall apart with each stop on their tour of the apocalypse. 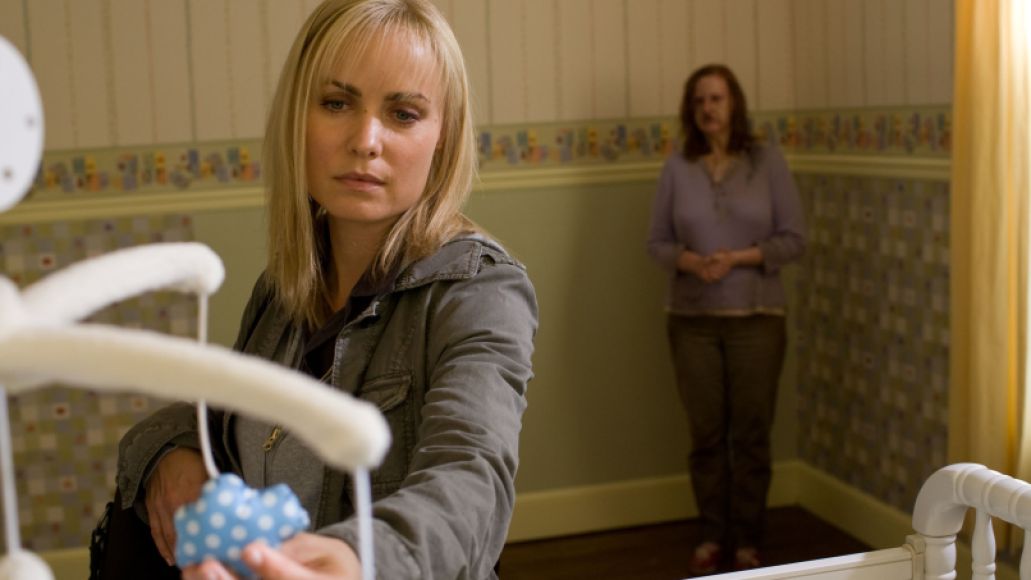 Remaking The Crazies was a fool’s errand. The film’s erratic quality and the things that appear to need punch ups are ironically what make the film so queasily effective. It’s a mess because that’s how we would have experienced the terrors it has in store for small town America. As grind house scholar El Santo wrote in his piece on the film, “the real ‘monster’ in The Crazies is the terrible snowballing power of chaos, and of bad decisions to beget worse ones.” You can’t replicate that film in the body of a million dollar genre film, not least because taking studio money to do it invalidates the purity of the argument. Eisner deciding instead to make a sturdy and grotesque funhouse ride worthy of his father’s stint at Paramount was an understandable one. It’s a thrilling rollercoaster designed for the theatre made by one of the few working directors who truly knows how to make movies for a theatre.

Then again, you could remake The Crazies once a year and never take the steam out of the idea. The horror of your neighbors turning on you will always be potent and terrifying. Making it an action horror blockbuster is just one way of doing it, and as it turns out, a surprisingly effective one.

Classic Film Review: 2010's The Crazies Works by Leaving the Politics to George A. Romero