Recently unearthed footage from 25 years ago captures Foo Fighters playing their fourth show ever. As Foo Fighters Live reports, the March 4th, 1995 performance is now the earliest known live video of the band.

The concert took place at Velvet Elvis Arts Lounge in Seattle, WA. The footage was captured by a Nirvana fan named Travis Stanley, who had misheard the name of the group and loaded “Food Fighters” into his camcorder’s title card. The camcorder failed to record any audio, but luckily his friend Ryan Fox was also in attendance and managed to capture the sound with Digital Audio Tape.

Dave Grohl kicked off the show with the words, “I don’t have a voice, I gotta pee, everyone’s ready to go.” Then Foo Fighters launched into an early version of the rarity “Butterflies”, followed by the Foo Fighters bonus track “Winnebago”. The 42-minute set wasn’t all obscurities, though. The rockers also played what would later become some of the best-known songs from their self-titled debut, including “Big Me”, “Alone + Easy Target”, “For All the Cows” and more. Keep scrolling for the footage, and check out the full setlist — in Dave Grohl’s handwriting, no less — below,

This fan recording comes at moment of sweeping Foo Fighters nostalgia. In February, the band marked the 25th anniversary of their first show, before announcing a 25th anniversary tour. This July 4th they’ll continue to celebrate a quarter of a century of music with D.C. Jam, a one-day festival featuring Chris Stapleton, Pharrell, Beach Bunny and more. Tickets to all of their tour dates are available here. 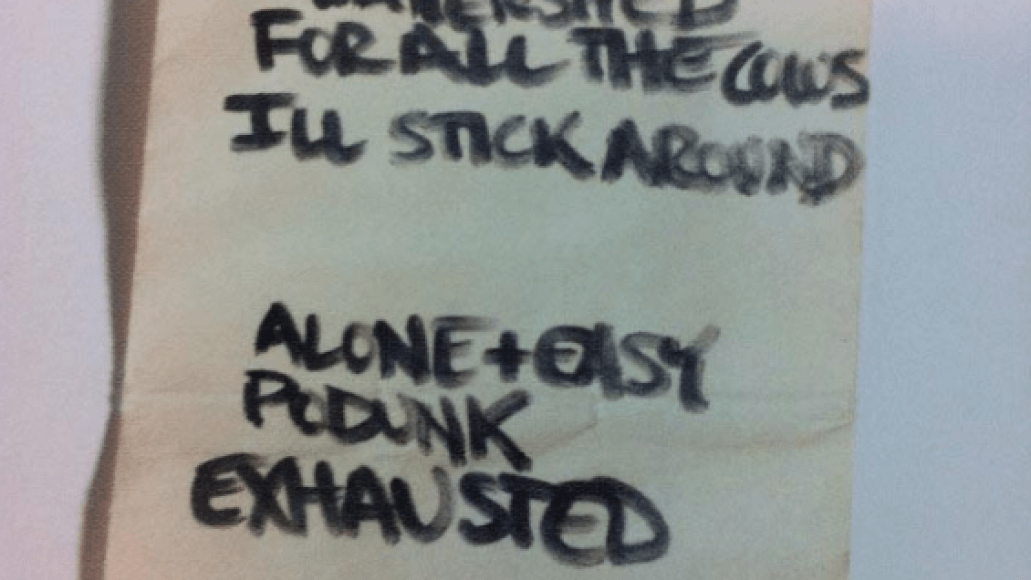