Heavy Culture is a monthly column from journalist Liz Ramanand, focusing on artists of different cultural backgrounds in heavy music as they offer their perspectives on race, society, and more as it intersects with and affects their music. The latest installment of this column features an interview with the Living Colour vocalist Corey Glover.

Singer Corey Glover has been displaying his impressive vocal range fronting Living Colour since 1985. This year, the rock pioneers are celebrating 30 years of their sophomore album, Time’s Up, which yielded such hits as “Type”, “Love Rears Its Ugly Head” and “Elvis Is Dead”.

We caught up with Glover on the high seas during this year’s ShipRocked Cruise to talk about talk about the experience of being on the floating festival, along with some current musical projects he’s working on, including his more metal venture Disciples of Verity.

Glover also spoke about growing up in Brooklyn, diversity in rock and metal, and why more black artists need to speak openly about race and adversity.

Read our our interview with Living Colour singer Corey Glover for the latest installment of Heavy Culture below:

On his family roots and cultural background

My mother was born in a town called Meigs in Georgia and my father was a bastard child — he and his 15-year-old mother had to leave South Carolina because she was pregnant with him so they moved around and then moved to Brooklyn. I have an older sister and an older brother, my sister was born in Harlem and then my brother came around and they were like, “Oh this is too many people” so they tried to find somewhere to live, so they moved to Crown Heights. Then 10 years later I showed up! [Laughs]

On growing up in Crown Heights, Brooklyn

That was one of the first parts of Brooklyn because Crown Heights, at the end of the Civil War, it’s where slaves moved to. They used to call that section of Brooklyn Crow Hill. Dig that! It was really a black enclave and at the turn of the century, the Irish moved in because it was cheap and that pushed people out to Oceanside and Bed Stuy but Crown Heights has a richness going on and the music that came out of there was just nuts.

On the musical influence of Crown Heights

Everybody was there, every kind of music I wanted to get into was right there. I went down to the corner to the Puerto Rican bodega and Héctor Lavoe was on. I had my Trini [Trinidadian] friends listening to [Mighty] Sparrow and all of that – all of the musical influences of my life were right in my neighborhood. Some folks were doing jazz, some were doing blues, some folks were doing R&B – everything was there and the church, where I met all of these folks. [Laughs] It was there for the taking, right in front of me.

You know Bob Dylan lived in Crown Heights for a minute? He wanted to study under the Grand Rebbe [Schneerson] on Eastern Parkway? It’s surreal! Mr. Zimmerman [Bob Dylan] found his roots and decided he wanted to be a Jew again so he lived in Crown Heights. [Laughs] And nobody gave a f–k. He would walk around with this big ass coat and hat but he didn’t even need to do that because nobody gave a f–k. But that’s the kind of energy that Crown Heights had and still does to a degree. For whatever reason, the hipsters with kids moved into Crown Heights, and they happen to have a band and they realize what’s going on. 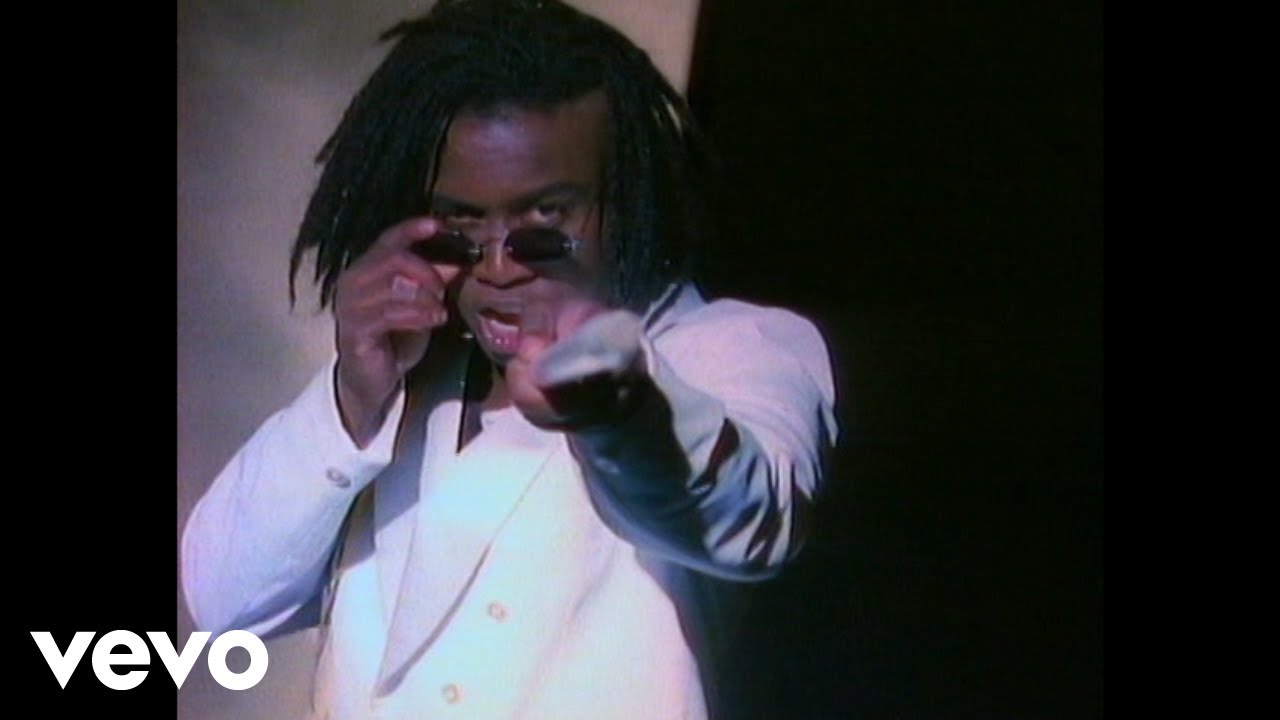 On the 30th anniversary of Living Colour’s Time’s Up

Man! [Laughs] We were rehearsing and ideas were coming quick. We were on this high, we understand how this works, let’s go and make it happen. We were all feeling ourselves at that point, we can do whatever we want. We couldn’t but we thought we could. Putting the record out and then going on the road with it we realized there was a shift and change going on in the country. This is when [President George H.W.] Bush came along and there was a real pushback to the idea of diversity. It really was, “We still don’t know what to do with you guys” — but you knew three years ago. What happened now?

It’s not like we didn’t get some recognition for our work. It was really weird playing because all they wanted to do was put us with Fishbone or [24-7] Spyz and make that a thing. But we had just as much in common with them as we did with Primus or the [Red Hot] Chili Peppers but they didn’t want to hear that, which was really telling as to where the country still is. Ain’t shit changed at all. [Laughs]

Shit hasn’t really changed but the means of making it happen are. There’s no place for me to go find metal, metal finds me. I don’t have to go to Dingbatz to hear metal. I can just open up my iPad and it’s there, the algorithm has found me. “Okay, you like Meshuggah, Lamb of God, Drop D, God Forbid” — it finds you. That’s why I’m in a band with Corey [Pierce]. When I saw God Forbid in the early 2000s I was like, “No shit, so it’s out there!”

They were conditioned to think it’s not important, the music is what’s important. We’ve been f—ed up so much — people saying, “Music has no color,” but it does! What you’re doing, those four chords you’re playing are based on the blues, based in Africa, this has cultural significance in your world. The fact that you’re a part of it and they don’t want you to talk about it is something to be said.

White supremacy exists in our lives, every day. I live in some little podunk town which is like the brown dot in the Hudson Valley, you go north and its Poughkeepsie and you go south, its Westchester. It’s a sanctuary city, there’s a lot of Peruvians, Hondurans, and South Americans living in this town but you step right outside it – you don’t understand how entrenched you’re in it on a daily basis. You thought you were running away from us but it’s not going to happen. Sorry. [Laughs] Go to Iowa.

Don’t think that you’re not going to escape this because it will become very clear to you as a band or as an artist that decides, “I’m not going to let color become part of me”— go to Oklahoma and walk into the grocery store and watch the records stop. We’ve been through that. How are you not going to deal with that?

On women of color in rock and metal

They’re around, Militia [Vox] is the greatest and there are others. It goes back to the conversation either they’re African Queens and embrace it or they completely push it to the side. So they’re marginalized by being there with their fists in the air and then turned invisible on the other side.

There is a culture for [black women in rock and metal], there is a place for this that’s not AfroPunk that’s not even BRC [Black Rock Coalition], that is underground to a degree. It has to have a bigger support system this and themselves. People who go and see Militia do her thing are her friends and someone that thinks she’s cute and there’s much more to it than just that. 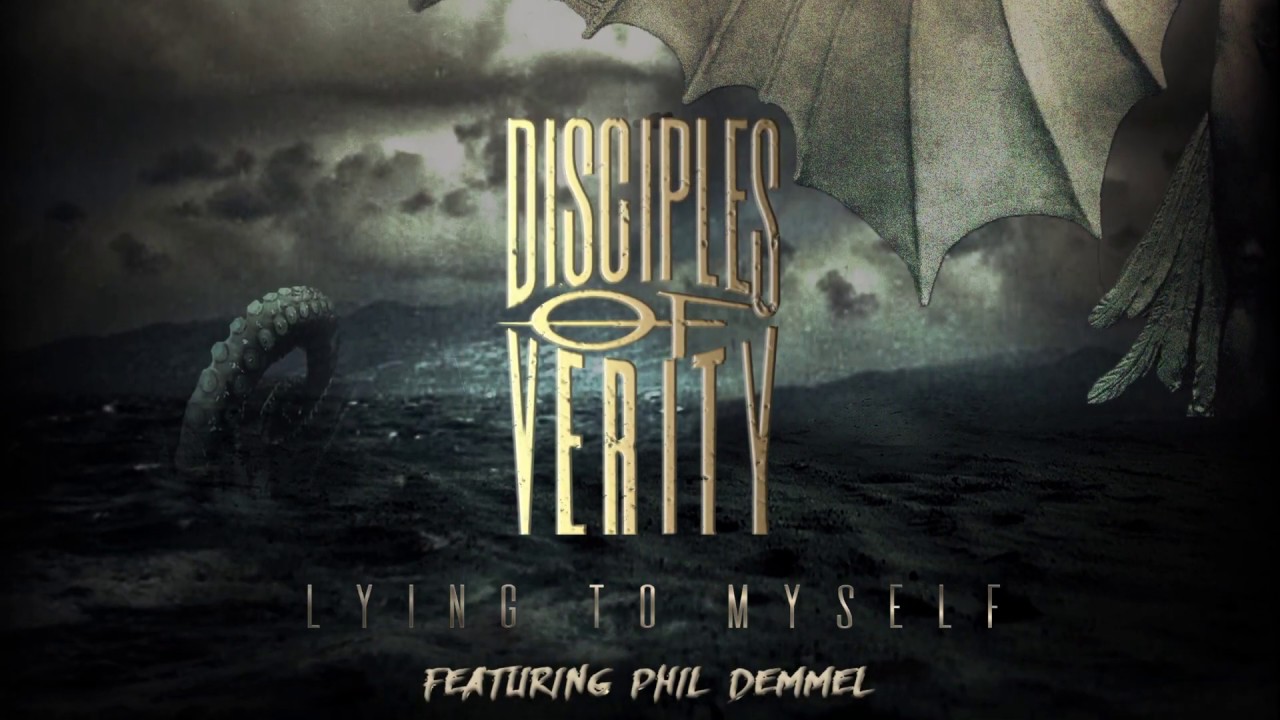 On his new project Disciples of Verity

I’ve wanted to do a real metal record for a very long time and I was trying to figure out how to do that. I was at NAMM three or four years ago and George Pond [Disciples of Verity bassist] was like, “I have some tracks I want you to hear, I just want you to sing on one.” So I went and did one track and then three tracks and then seven tracks. I kept digging what he was playing and I felt like I can contribute to it. It just kept getting better.

I’m also doing a project with Mike Orlando, and he’s doing the funkiest shit I’ve ever heard him play! So those two projects I’m loving. Disciples helps me get that raw [aggression] out and Living Colour has moved on from that, it’s not a new-wave hardcore band anymore – they’re elder statesmen and I still want to do Bad Brains shit.

On what keeps him coming back to ShipRocked Cruise

You know what these are folks who are very loyal to these bands. We went on the road with Alter Bridge in Europe and folks [from ShipRocked] came from all over because they saw it was Alter Bridge and us. This is how you make new forever fans — you had a drink with them, they saw you on the buffet line, they were behind you while you’re getting your omelet looking like a fool, but now I know them. It’s a connection that you’re never going to get anywhere else; the internet is never going to do that kind of thing, you’re never going to get those intimate moments with fans and you make lasting impressions this way. You can’t beat that.

On another ShipRocked act that he admires

Hyro [the Hero]! He is the shit. [Laughs] What he is doing is going to change what we were talking about earlier because he’s dealing with it. He’s using his aggression in his music to talk about what he’s going through. I love that, it’s amazing to me. It’s a product of the times that we live in. Things are going to change and it’s going to be spectacular.

A part of it is the expression and if you can relate to the expression – when we first started out it was like yeah we’re this black hard rock band so everybody either thought we were [trying to be] white boys but once they heard it, they got it. This is just an expression of yourself in the context of being a person of color in this particular environment.

People can relate to that sort of aggression that Hyro and [a lot of other bands] are trying to put across; they relate to that on their own terms not as a social choice. I get that anger and aggression — pumped up to do something. I can appreciate it for what it is. 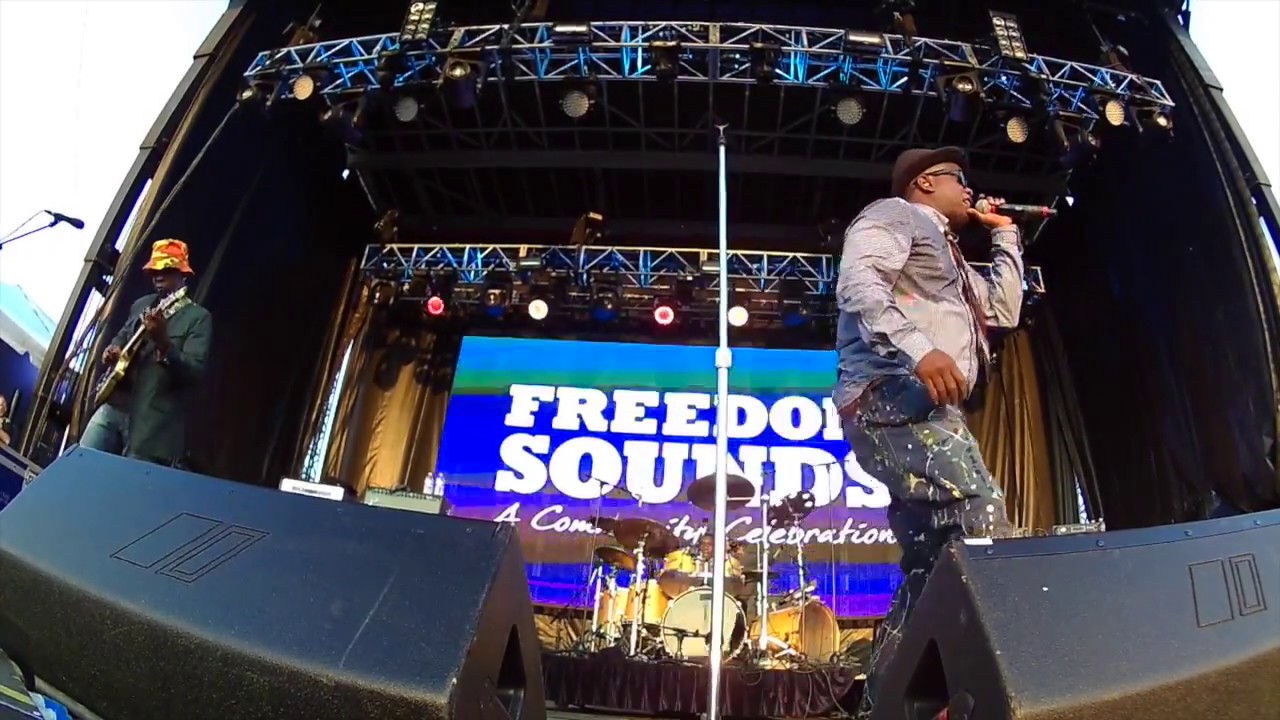