A full video of the infamous 2016 phone call between Kanye West and Taylor Swift has been leaked. In the recording, West asks Swift’s permission to use some scandalous lyrics that eventually landed on the Life of Pablo track “Famous”. While the new footage won’t do much to settle the controversy, it does lend credence to our long-held suspicion that both celebrities are fucking bonkers.

To recap: on “Famous”, West raps the line, “To all my southside n– that know me best/ I feel like me and Taylor might still have sex/ Why? I made that bitch famous.” Afterwards, Swift ripped into West, calling the lyrics “misogynist.” In response, West suggested that the lyrics were her idea. “Scoff,” Taylor Swift replied, or something to that effect, until Kim Kardashian leaked a video that showed Swift giving West permission. In response, Swift denounced the clip as “character assassination” and correctly pointed out that she didn’t give West approval to call her a “bitch.” Now, even more video has been revealed, providing context for the earlier conversation. Kind of. Mostly they both seem insane.

The video opens with West shooing everyone but Rick Rubin out of the studio and making a phone call to Swift. Ye wants Swift to tweet about “Famous” the same day it comes out, and Swift says she’d “need to think about it.” This clip has been trending on Twitter, along with the hashtag #KanyeIsOver, as if this proves that Swift never gave permission.

But the video goes on much longer than this short clip, and a few minutes later she definitely suggests she approves of the lyrics and thinks they’re funny. Swift even workshops the line with West, pushing him away from “Taylor Swift might owe me sex” to “Me and Taylor might still have sex.” But the video also never reveals West using the word “bitch”, which is the part Swift later said she objected to. As previously noted, the new footage won’t change anyone’s mind on the controversy.

The real charm in the video is in their enormous, incredibly-flawed personalities; how West is incapable of ending a sentence on the same subject that he began it, while Swift keeps chiming in with numbers proving that she’s talented and loved.

When West shares a lyric fragment suggesting he made Swift famous with his “I’mma let you finish”, speech, she sweetly replies, “You gotta tell the story the way it happened to you and the way that you experienced it. You honestly didn’t know who I was before that. It doesn’t matter if I sold seven million of that album before you did that — which is what happened,” she helpfully adds, in case West had doubts.

Quarantine and Chat: On the Immediate Future of Entertainment

At one point, they discuss Swift presenting West with a 2015 VMA award, and Yeezy’s subsequent rambling speech in which he announced a 2020 presidential bid, said he had just smoked weed, and suggested that having a daughter had changed him forever. During the conversation, West admits to planning out most of his public ‘gaffes’, and says the inspiration for his VMA speech had come to him in the shower.

“The weed and the president, I thought about both of those things in the shower the day before and just started laughing like crazy. Like, I gotta say I had just smoked some weed and then say I was running for president.”

After the speech, West sent Swift a bouquet of flowers to thank her for presenting the award. Swift was extremely grateful. “Those flowers you sent me, that’s the most Instagram likes I’ve ever gotten. It was like 2.7 million likes on that picture of the flowers you sent me,” she says in the video.

They talk about a “VC” they both might know — that’s “venture capitalist” to us plebs — and strategize together on how West can best monetize his sneaker line. At one point, Ye launches into a stupendously boring rant about money and fame and being a “cultural trillionaire”, while Taylor Swift clearly checks out and just says “Mm hm,” every 30 seconds or so.

The leaked footage ends with Swift and West going over a PR strategy around the release of “Famous”.

“Right after the song comes out I’m going to be on a Grammy red carpet,” Swift says, “and they’re going to ask me about it, and I’ll be like, “He called me and sent me the song before it came out!” So I think we’re good.”

Of course that’s not what happened, but then again, West never mentioned the b-word, so the controversy stands unchanged. Check out the video below.

Last month, Taylor Swift became The Man for her new music video “The Man”. Swift’s “Lover” tour has been impacted by COVID-19, but luckily she has a million dates left on the schedule, and you can get tickets here.

A few weeks ago, West’s daughter North rapped at a Yeezy fashion show. Ye isn’t quite finished with his “Sunday Service” tour with Joel Osteen, and tickets are available here. 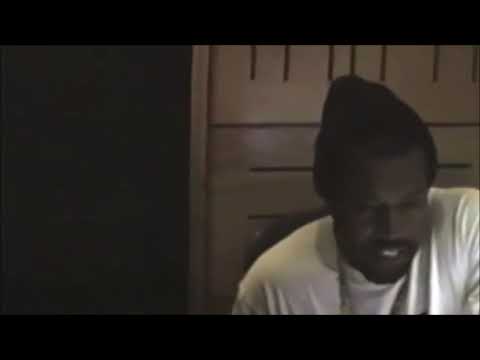