Vedder himself with headline two of the festival’s night; he’ll stage a solo set on Saturday night before reconvening with Pearl Jam for a closing performance on Sunday in support of the band’s new album, Gigaton.

Kings of Leon will headline the festival’s first night. Other confirmed performers include My Morning Jacket, The Pretenders, Broken Social Scene, Maggie Rogers, Sharon Van Etten, Radiohead’s Ed O’Brien, Yola, Mac DeMarco, and Real Estate. Plus, Glen Hansard will reunite The Frames for one of their first US performances in a decade.

Tickets to Ohana Festival 2020 go on sale beginning Friday, March 13th at 10:00 a.m. local time through the festival’s website. A portion of the proceeds from Ohana will benefit the San Onofre Parks Foundation and the Doheny State Beach Foundation. 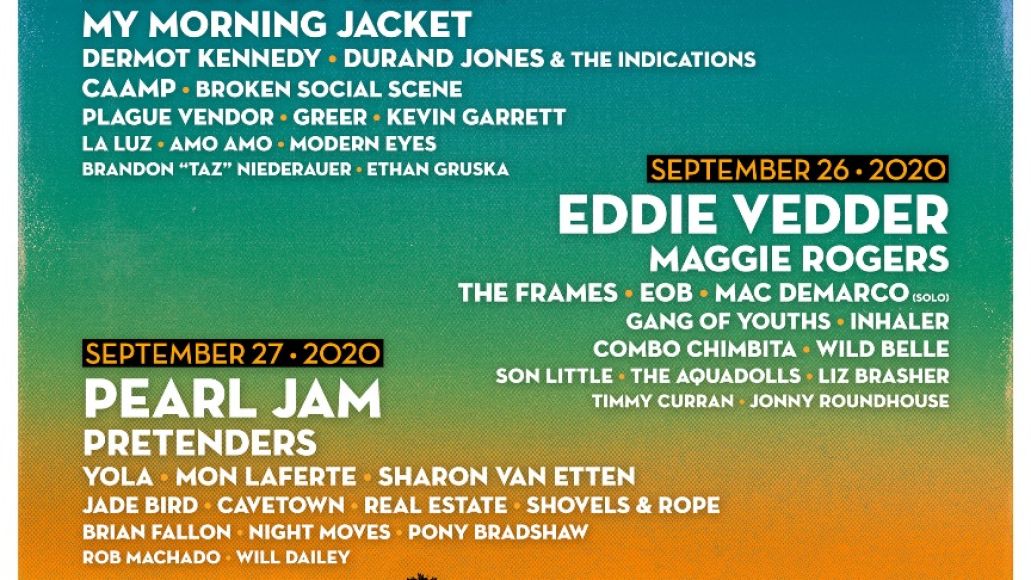