Vancouver indie outfit Peach Pit quit their jobs after releasing their 2017 debut album, Being So Normal, determined to give their music career a real shot. It proved a risk worth taking. After extensive touring in the US and Canada, they landed a few festival spots, placed on the Billboard charts, and nabbed a major label deal. Now, the quartet is set to release their sophomore full-length, You and Your Friends, on April 3rd via Columbia Records.

The 12-track effort is all about the band’s friendships, as lead vocalist/guitarist Neil Smith explained in a statement:

“You and Your Friends is a collection of songs about me, people that the band and I care about, and some of the old friends we’ve had over the years. All the songs are written from true stories, some have been exaggerated more than others. We can’t wait to finally let go of it and start playing these songs for you out on the road!”

Some of those stories include the previously shared singles “Shampoo Bottles” and “Feelin’ Low (F*ckboy Blues)”. Today, Peach Pit have unveiled another one in the form of “Black Licorice”. The track showcases Smith’s subdued-yet-catchy timbre, moving over a thicket of soft rock texture. It comes accompanied by a Lester Lyons-Hookham-directed video that finds the band performing the song as they run down the street in matching Evel Knievel outfits.

Check out Peach Pit’s “Black Licorice” video ahead. The full You and Your Friends artwork and tracklist follow, along with an album trailer. Pre-orders are available now.

Following the LP’s release, Peach Pit have a long tour kicking off April 23rd up in Calgary. After shows in Edmonton, Winnipeg, and Saskatoon, the tour dips down into the States, with stops in cities like Chicago, Philadelphia, Atlanta, and more. Things wrap up July 11th with two gigs in the band’s hometown of Vancouver. Find the full itinerary below, and get tickets to nearby concerts here.

You and Your Friends Artwork: 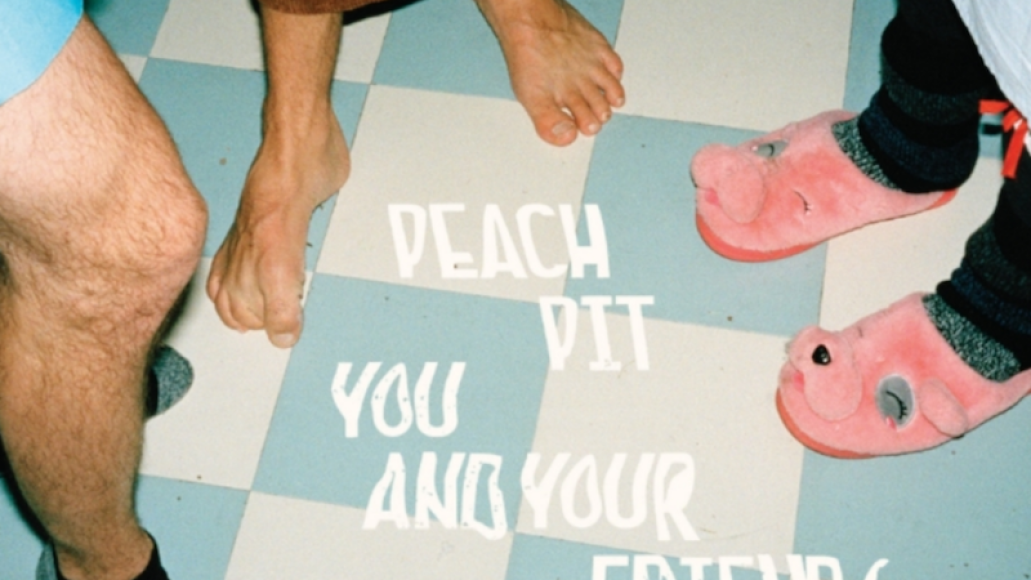