Pearl Jam frontman Eddie Vedder and bassist Jeff Ament appear as guests on the latest episode of The Bill Simmons Podcast. Over the course of their lengthy two-hour discussion, the Pearl Jam members covered a variety of topics, including their decision to postpone the spring tour supporting their new album Gigaton amid the coronavirus outbreak. They also spoke extensively about the making of their new album and why it took nearly seven years to come together.

Additionally, Vedder and Ament discussed the story behind Pearl Jam’s original name — Mookie Blaylock — and their love of basketball. They waxed nostalgic about their now legendary performance at Wrigley Field in the rain; their favorite venues to play; and the impetus behind selling recordings of their live shows.

To close the interview, Simmons asked Vedder and Ament about unlikely celebrity fans of Pearl Jam, which led Vedder to share some hilarious andecdotes about Dennis Rodman.

Listen to the full conversation below.

Gigaton is out now, and you can stream it in full here. All week long, we’ve been celebrating the album’s release with features counting down the band’s greatest concerts and highlighting their top 10 deep cuts. See all of our content here. 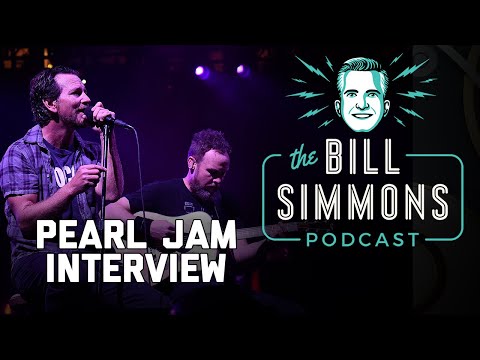