That was the only word Editor-in-Chief Michael Roffman texted me late Monday night. As I shrugged off sleep to try and figure out what exactly that meant, the rest of his message came through: “Tonight’s set was so much better.” I stopped getting dressed and sank back into bed. I knew what he was upset about. No apocalypse, no emergency, just a Pearl Jam setlist that he liked better than the one we got two nights earlier at Wrigley Field.

I clicked on the setlist link, scanned down, and texted back: “Oh fuck…”

In words barely more eloquent than those, we spent the next hour, on and off, bemoaning that we had covered the wrong show — like two spoiled brats who had each found a shiny dime at his feet but grumbled that it wasn’t a quarter. He regretted missing his favorite, “State of Love and Trust”, and some deeper Ten cuts. I became nearly inconsolable after processing the trio of “Off He Goes”, “Immortality”, and “Rearviewmirror”. No doubt he, like myself, went to bed thinking about our show that should’ve been. By the morning, though, any disappointment or jealousy had subsided. We were content again. Grateful for our experience and happy for the experience of 40,000-plus fellow fans. 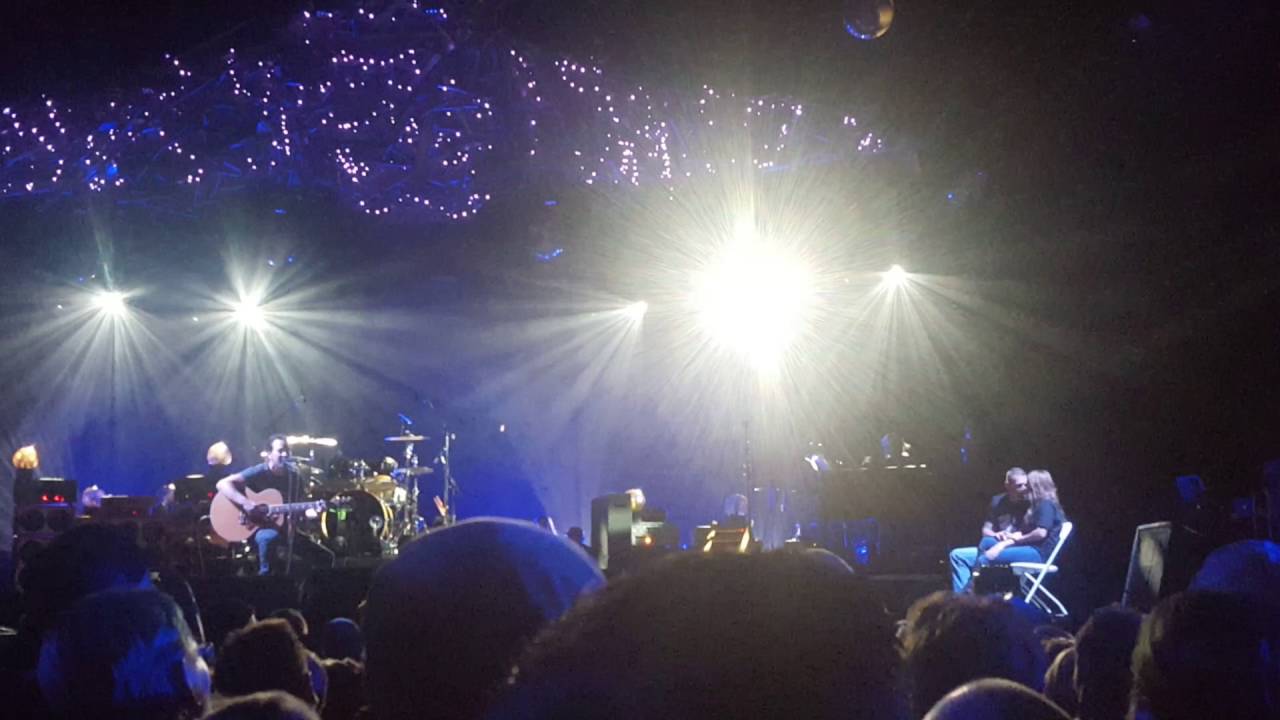 I only bring up this anecdote because I think it hints at precisely what makes being a die-hard Pearl Jam fan unique. At the risk of sounding creepy, I might draw the distinction that I don’t love this band — I’m in love with this band. Following them feels more like being in a relationship than merely being a fan of a rock band. A relationship where a couple setlist omissions can feel like a personal slight, but a good night’s sleep restores reason and makes you realize just how lucky you are. One where a dud of an album (looking at you, Lightning Bolt) after a long wait can never be a deal breaker because you have too much history and far too many wonderful memories.

I don’t think I’m alone in feeling that way. I’ve never run across a tighter, more friendly community than the Pearl Jam fan base, several of whom I shared a plane ride with the morning of last Saturday’s Wrigley Field show. I knew them by their tour shirts, empty poster tubes tucked into their backpacks, and willingness to swap stories. I feel that same sense of family among the congregations at shows, and it’s an energy no doubt felt and reciprocated by the band: whether it be Eddie Vedder conducting a crowd-wide sing-along, taking a moment to offer words of encouragement to someone he knows is in attendance and struggling through hard times, or halting a show mid-song to make sure a female fan is alright, as he did at Monday night’s concert. That’s the aura that wafts through a Pearl Jam show. Fans feel like they matter as much as the band, and there’s an unspoken pact of sorts that oversees the proceedings and adheres to the idea that either everyone will have a safe, fun celebration or we’ve defeated the entire purpose of coming together in the first place. 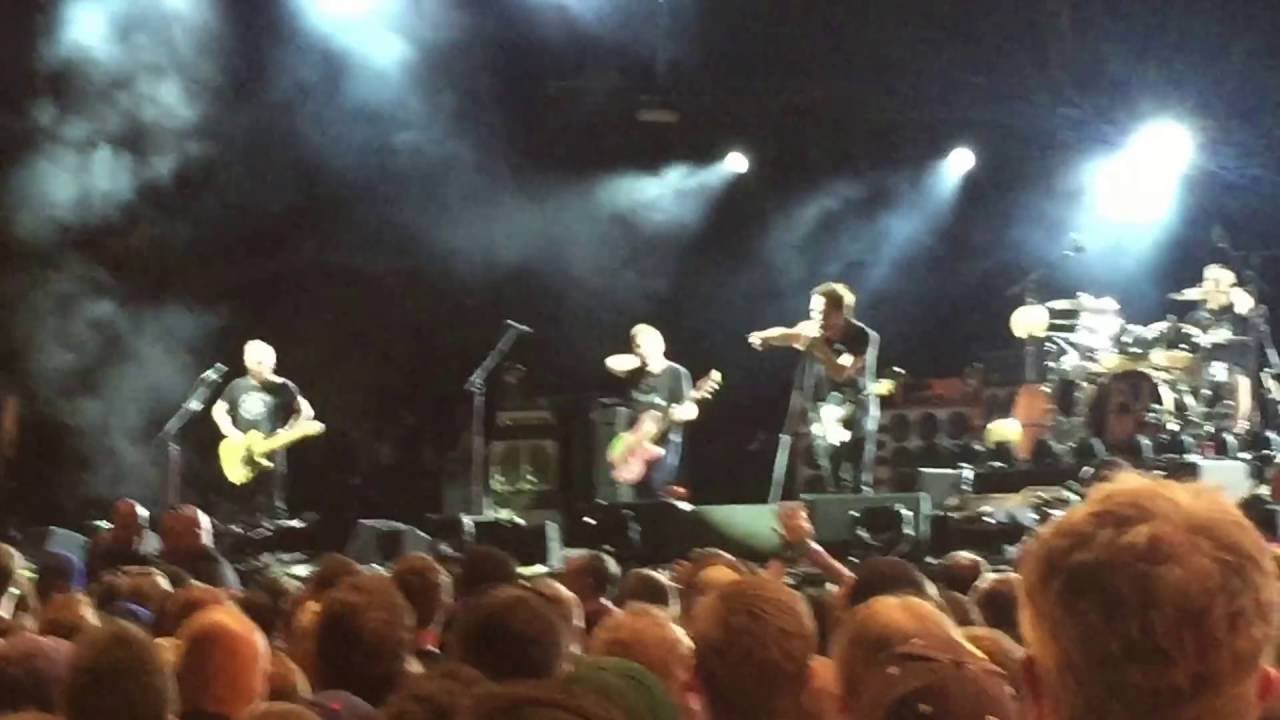 There are a lot of bands like Pearl Jam that have been with me since the early ’90s when I first started seeking out music on my own, but none that I feel this same type of connection to. Maybe it’s because Pearl Jam isn’t just a band that I grew up with; they’re a band I grew alongside and evolved with throughout the years. That separates them from so many of the other bands that might get dubbed legacy acts, if they’re even still around. Nobody goes to a Pearl Jam show looking to recapture their youth or bask in the fleeting warmth of nostalgia. We see a middle-aged Vedder still bounding around stage and summoning an inner fire or Mike McCready still every bit the guitar hero at 50, and we realize that the here and now, at least for our three hours together, is enough. That it really does make much more sense to live in the present tense.

It’s in this spirit of love and family that we humbly pieced together this project, a romp through a catalog that has made hundreds of unforgettable nights possible. If you’re reading this, you’re probably part of the Pearl Jam family. That being the case, feel free to comment or disagree in the comments section below, and we’ll look forward to seeing you the next time Pearl Jam rolls through town. Posters up! 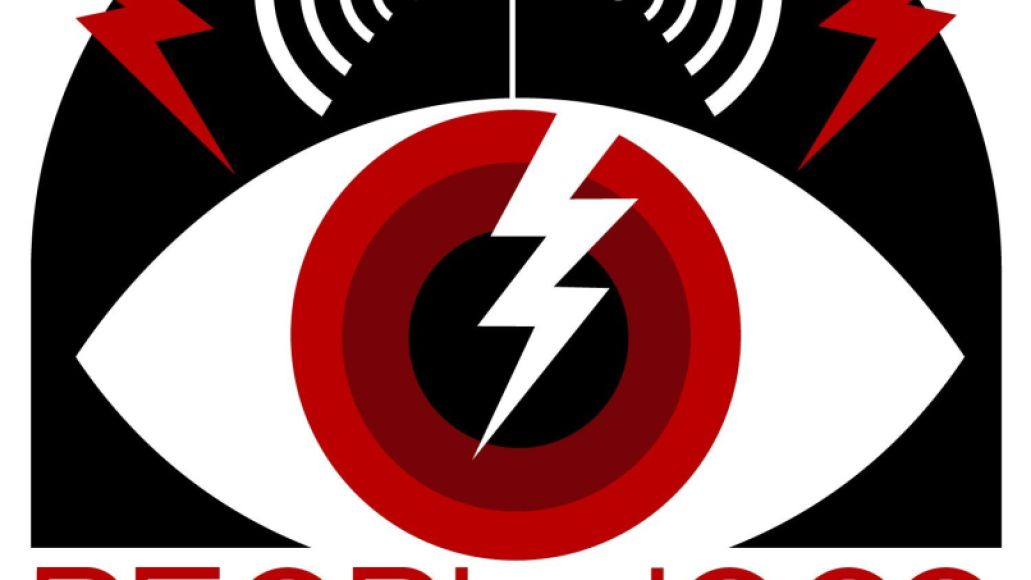 The Fixer (Producer): After a positive experience recording Backspacer, longtime Pearl Jam producer Brendan O’Brien returned to the helm for Lightning Bolt. Sessions began at LA’s Henson Recording Studios in 2011 while the band simultaneously prepped for their Pearl Jam Twenty documentary and tour. In March 2012, the band reconvened at Henson and left with seven songs but later felt their output wasn’t up to snuff. It wouldn’t be until March 2013 that the band would return from other commitments to finally finish Lightning Bolt together. According to the band, the final result was an album that both simplified and expanded upon the types of compositions found on Backspacer, with Vedder consciously trying to make his writing more accessible.

Sheets of Empty Canvas (Album Art): Skateboard graphic artist Don Pendleton produced the artwork for Lightning Bolt upon the request of Jeff Ament. Pendleton’s idea was to create a cohesive package, with logos and icons that could be reproduced throughout the artwork and other mediums. To that end, Pendleton ended up painting Ament’s bass, Pearl Jam-themed t-shirts, and even posters for a series of the band’s Barclays Center performances. Mission accomplished, I guess, because the album won Best Recording Package at the 2015 Grammy Awards. Um, word of advice, Don. Don’t let Eddie make that acceptance speech for you. Trust us. 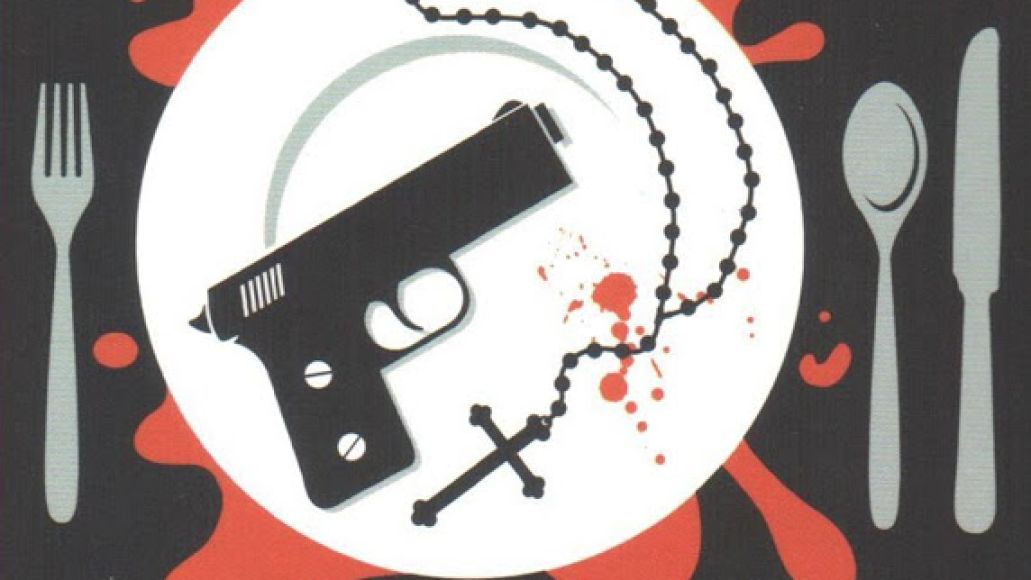 Making Waves (Controversies): At this point, Pearl Jam are sailing peaceful waters. Lightning Bolt topped the charts, they play to sold-out crowds worldwide, and they have an unbreakable bond with their fans. But that doesn’t change the fact that their last two albums have also arguably been the weakest of their career. They’re in the unique position of not needing a game-changing record to keep on being kings of the road, but wouldn’t it be nice? Perhaps one thing worth noting is that delays to Lightning Bolt were caused by the band’s other musical commitments: a solo tour for Eddie Vedder, Matt Cameron rejoining Soundgarden, Stone Gossard dusting off Brad, Jeff Ament recording a solo album and starting RNDM, and McCready forming Walking Papers and returning to a brief Mad Season reunion. It’s inspiring to see forty/fiftysomethings seeking out other creative outlets, but one wonders if those types of outside projects actually recharge Pearl Jam or drain its battery, especially during the middle of recording sessions. Just a thought. 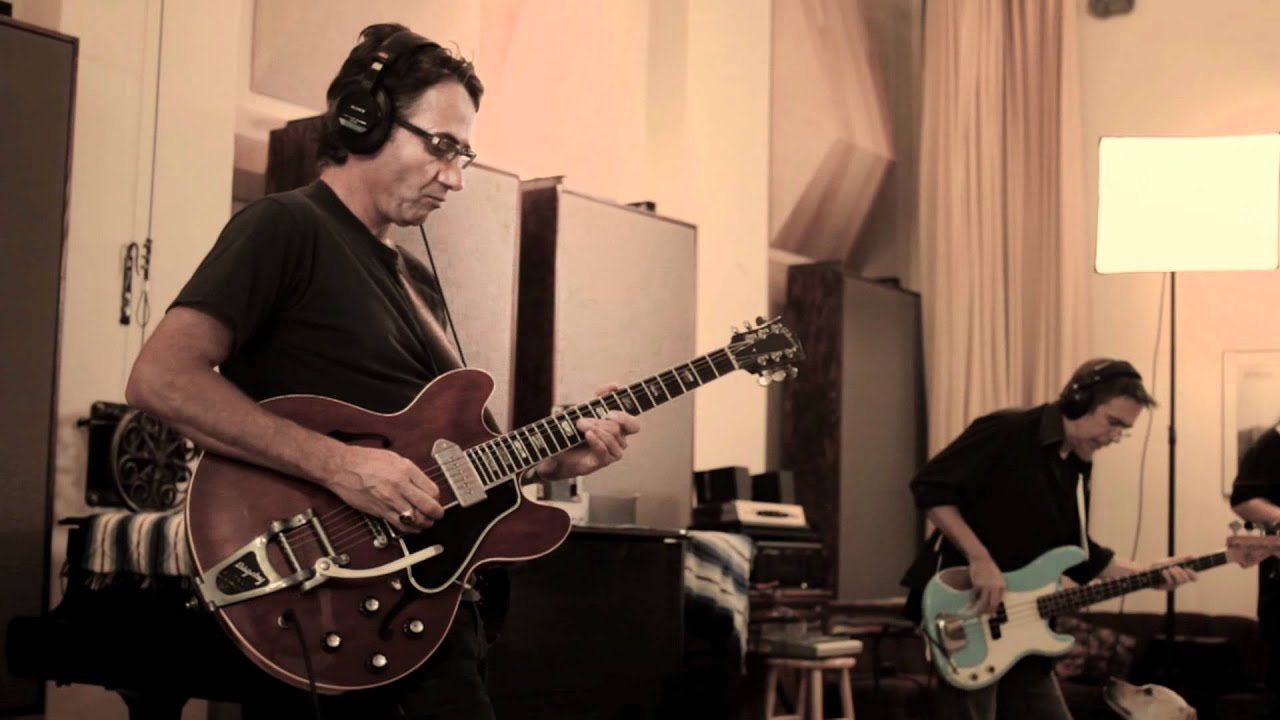 10 Club (Best Live Cut): It’s telling that the band is still technically touring in support of Lightning Bolt but have already abandoned playing most of the record on a regular basis. That being said, the title track still carries a bit of current, “Mind Your Manners” can incite some minor chaos, and “Sirens” can get there when Eddie Vedder does. However, give me the more brooding and understated “Pendulum” for a cooldown that doesn’t feel like a letdown. Besides, how often do you get to see Mike McCready play guitar using a bow? At least this once. 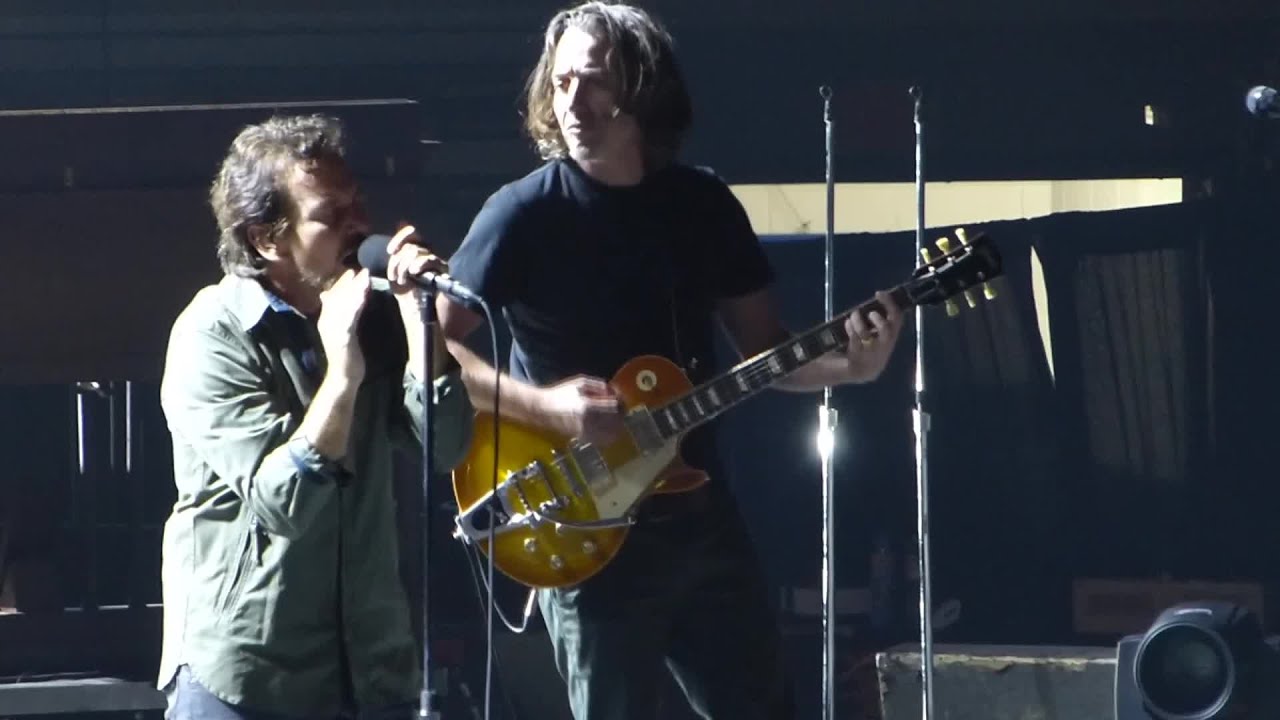 Lost Dog (Best B-Side, Outtake): Not much to report here, though the early Lightning Bolt sessions yielded “Olé”, which the band made available as a free download. As always, here’s hoping some more stray dogs eventually scratch at our backdoor. 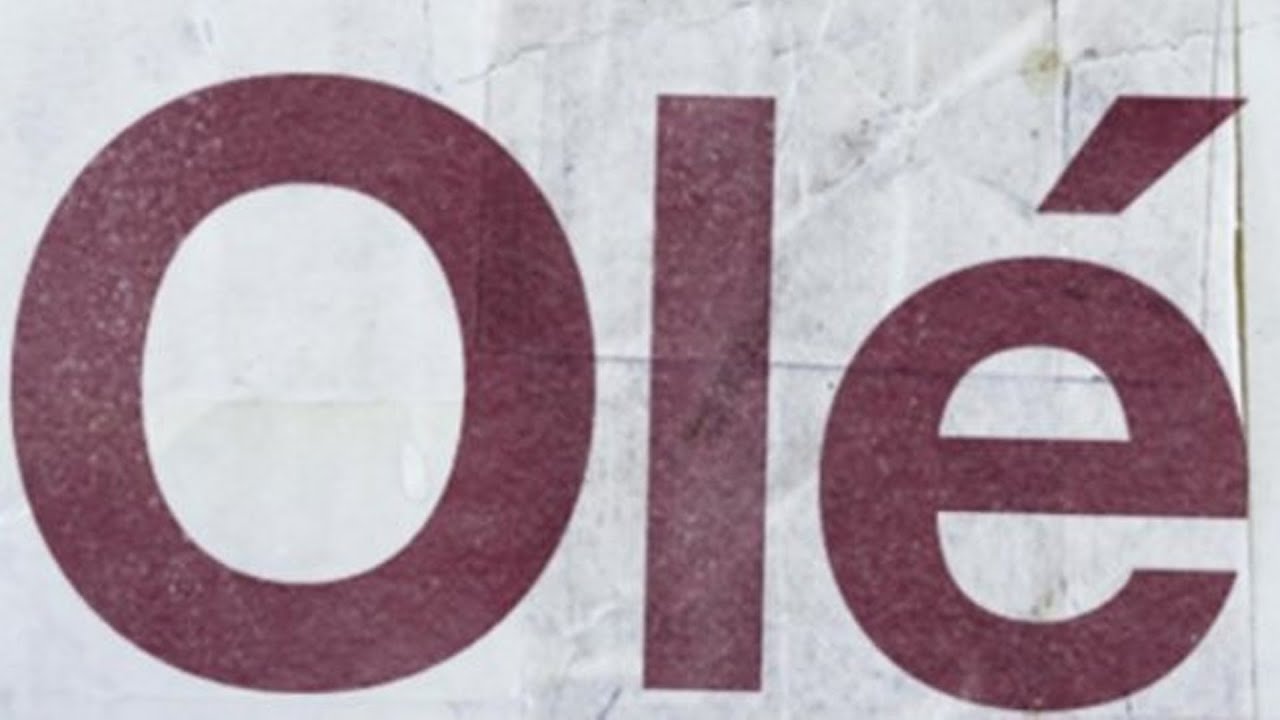 WWWdotED: Pearl Jam took to their website and social networks to give the rollout of Lightning Bolt an online jolt. The band posted not one, but two different countdown clocks. The first announced a 24-date North American tour, and the second, which reached zero 10 days later, dropped the news about Lightning Bolt and unveiled lead single “Mind Your Manners”. While the surprises (a tour and an album) were predictable, I still remember spending an inordinate amount of time staring at that clock and wondering. Good campaign, boys.

It’s Time To Play the Music: As mentioned earlier, Pearl Jam recorded at Henson Recording Studios in Los Angeles. Yes, that Henson. Once A&M studios and the site of legendary recordings like the “We Are the World” sessions, The Jim Henson Company purchased the studio in 2000. Sadly, since Disney now owns the Muppets, there’s virtually no chance Eddie and company bumped into the frog, the pig, the bear, or the whatever and collaborated a la Weezer or OK Go. Would have been cool to at least let Animal sit in on “Animal”. Oh well, maybe they hung with the Fraggles.

Rearviewmirror (Analysis): Lightning Bolt, in many ways, finds Pearl Jam coming to grips with their own mortality (“Sirens”) and looking ahead to what the future might hold (“Future Days”, “Pendulum”) in very straightforward, relatable terms. As Vedder asked near the album’s release, “It’s going to be their [his children’s] world, and what is their future?” It’s the type of question we only face once we’ve reached a certain point in life and accept that our roads are finite and that the next stretch belongs to someone else. It’s an idea historically at odds with rock and roll, which traditionally gives no care for tomorrow and offers no blueprint for how to grow old in a rock band. Vedder and company seem to be entering that next phase in their lives and are one of the first bands ever to remain relevant and sharp enough at that age to help create that blueprint. But, as always, it comes down to great songs, and there’s just really nothing on Lightning Bolt that the listener wishes would strike twice let alone many more times.