Songs That Made Movies Classics is a feature in which we analyze how the use of a single song helped make a film a modern classic. This time, we take a look at how John Hughes’ most indelible film got a helping hand from the 1980’s most popular Scottish band. Note that this article originally ran in March of 2020. It’s being reshared today to mark the anniversary of the movie’s soundtrack, which was released on February 19th, 1985.

John Hughes films have caught some flack in recent years. The late writer-director’s one-time muse, Molly Ringwald, laid it out squarely in an op-ed for The New Yorker back in 2018. While the millions who have been touched by Hughes’ films — especially his teen flicks of the ’80s — could form a human chain around the filmmaker’s Shermer, Illinois, several times over if the town wasn’t fictional, Ringwald is fair to point out that these same movies contain certain content that doesn’t sit very well by today’s standards: crass locker-room humor, rewards for male aggression, troubling attitudes towards sex and alternative sexual orientations, and a lack of diversity that might explain why someone like Donald Trump doesn’t believe any black people live in the suburbs.

At the same time, Ringwald’s reflection also led her to recognize the merits in Hughes’ oeuvre. Before Hughes, next to nobody was portraying teens in anything but an extremely stereotypical light. Fewer still would have written and put a film into production with a teenage actress in the spotlight, as was the case multiple times with Ringwald. As for the “whiteness” and “straightness” found in Hughes movies, Ringwald adjusted her thinking after someone — a gay person of color — explained that The Breakfast Club had saved his life because it dealt with the struggle for identity and the feelings and pressures of being “othered,” even if depicted in a very “traditional, white, heteronormative society.” Yes, representation matters enormously, but regardless of the color, ethnicity, or orientation of those onscreen, anyone who has ever been an American teenager can relate to the painful prospect of not knowing or being seen and recognized for who we actually are. It’s why The Breakfast Club endures. Hughes understood that the problems of teenagers should be respected on film and that the stakes — even with some well-intentioned laughs and library boogeying — are often higher than John Bender. 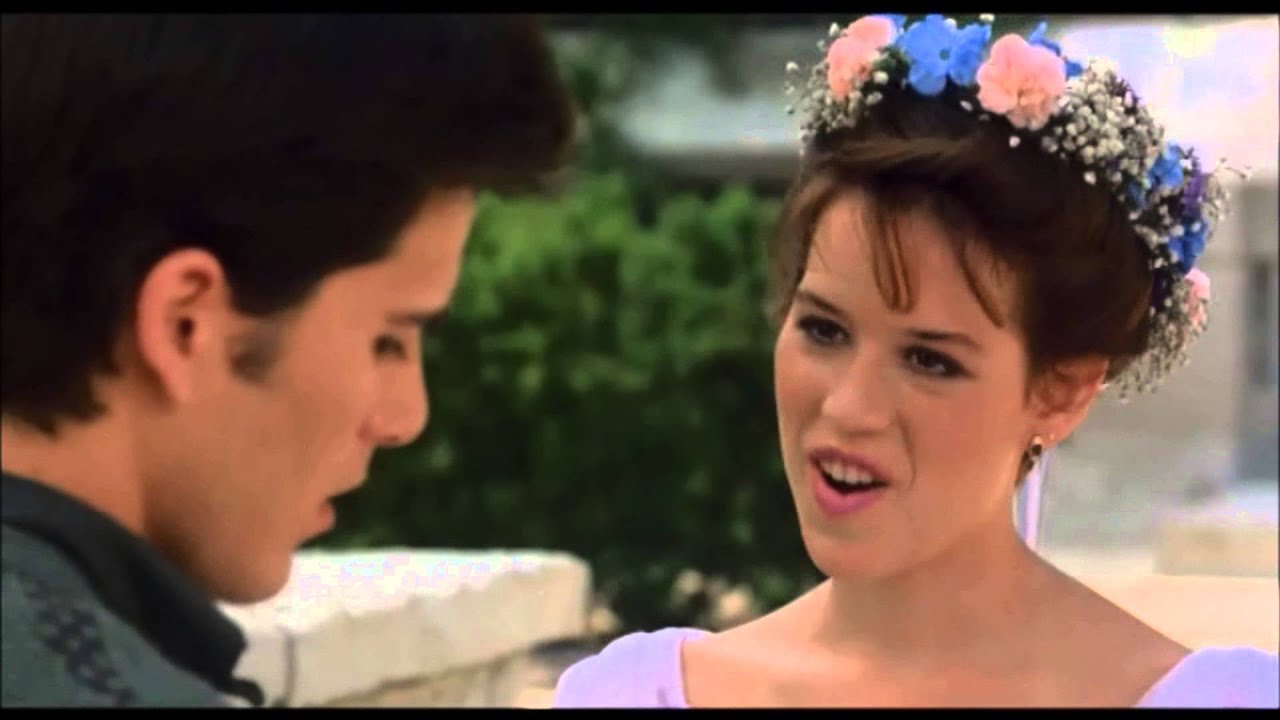 Hughes also had a knack for finding just the right song to soundtrack his slices of teenage life. Just as we couldn’t imagine the opening sequence of Pretty in Pink without its reworked Psychedelic Furs title track or the ending of Sixteen Candles minus the Thompson Twins, a mere mention of The Breakfast Club sends the opening breakdown and “Hey, hey, hey, hey” chant of “Don’t You (Forget About Me)” racing from our kicks to our fists. Hughes lucked into what would become the biggest Stateside hit for Scotland’s Simple Minds after the band, searching for some recognition outside the UK, finally gave in and agreed to record the song brought to them by soundtrack producer Keith Forsey and Nina Hagen guitarist Steve Schiff, who scored the film together. After Bryan Ferry and Billy Idol passed on the song, legend has it Simple Minds frontman, Jim Kerr, eventually caved on recording it only after then-wife, Chrissie Hynde (yeah, that one!), convinced him. Three-plus decades and millions of records later, Kerr could likely kiss those other stars for passing on one of the most recognizable soundtrack hits of the ’80s.

To be a teen — at least in the ’80s — is to, in part, live and breathe music, often turning to it in genuine belief that the voice soothing, commiserating with, or even screaming at us may belong to the only one out there who, if only for a chord or chorus, truly understands us. As Simple Minds play over the opening sequence of mismatched quintet Claire (a princess), Andrew (a jock), Allison (an art girl), Brian (a geek), and Bender (a hoodlum) being dropped off at Saturday detention, Hughes uses the soon-to-be new wave hit to enter into a world that parents, teachers, and even eavesdropping janitors can’t access — one that exists purely through headphones, turntables being played behind shut bedroom doors, and cranked car stereos out past curfew. For a movie that’s both timeless and unmistakably of its time, The Breakfast Club needs a musical heartbeat to match. Like Marty McFly tailgating on a skateboard to Huey Lewis that same year, audiences can push through the library doors of Shermer High for what’s supposed to be a silent, punitive affair, ironically, through a danceable wave of drum and keyboards. 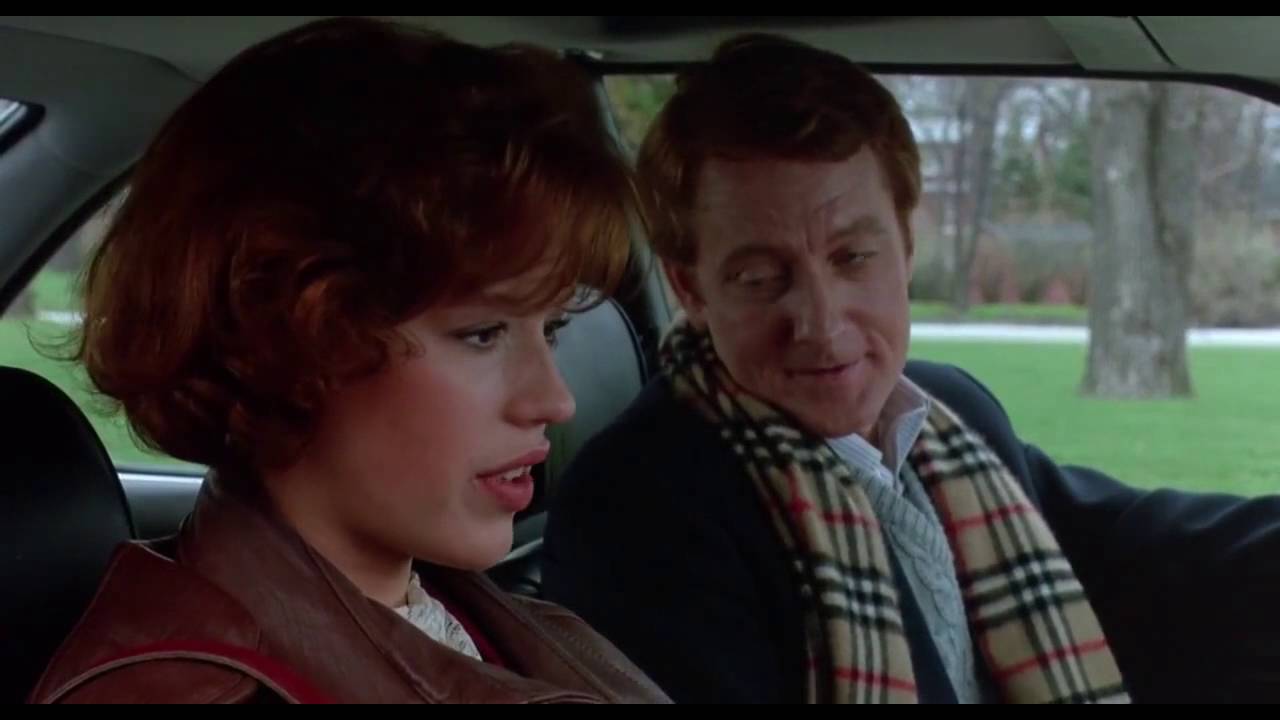 The song title itself smacks unmistakably of high school: “Don’t You (Forget About Me)”. It’s a mix of polarized emotions. A demand, a warning (“Don’t You”) followed by a softened request or hope awash in insecurities (“Forget About Me”). Kerr’s stuttered, “Don’t, don’t, don’t, don’t,” continues to emphasize that lack of assuredness following the first line of the titular chorus. “Don’t you forget about me” is such a simple lyric, but also so indicative of high school — a land of selfies, yearbooks, reunions, and the euphoria that follows when a crush reveals that they actually know our name at all. The Breakfast Club spends much of its time peeling away at such basic teenage (and adult) needs as being seen, heard, and acknowledged for who we actually are rather than how others — be they peers, parents, or principals — might view us or want us to be. That chorus of “Don’t you forget about me” acts as a musical “I was here” carved into the leg of a library table with Bender’s pocketknife, a plea to be counted when so many of us spent four years feeling completely invisible.

“Tell me your troubles and doubts,” sings Kerr in the first verse, “Given everything inside and out.” It’s the premise of the film packaged tidily within a single lyric — and an acknowledgement that what we see (“everything out”) is rarely what we actually get (“everything inside”). It’s no surprise then that the movie’s most indelible scene finds The Club doing little more than “telling their troubles” after some ice breaking and burning. They find, of course, that their similarities far outweigh their differences. After all, none are quite as they seem, all are discovering themselves, and each feels extreme pressure from different sources while doing so. Maybe the most emotionally difficult moment is when Brian asks if the group will still be friends come Monday morning (“Will you recognize me?/ Call my name or walk on by?”), and Andy and Claire admit that they probably won’t be due to the peer pressure (“Slow chains may pull us apart”) that they face. Just as Simple Minds initially draw us into that library with the type of song five ’80s teens might listen to, Hughes understands that these types of revelations — both hopeful and heartbreaking — could only occur among peers. They’re the stuff that remind us at any age that growing up sucks and that there can be as much drama in the aftermath of a locker-room prank gone too far or failed shop project as anything else. 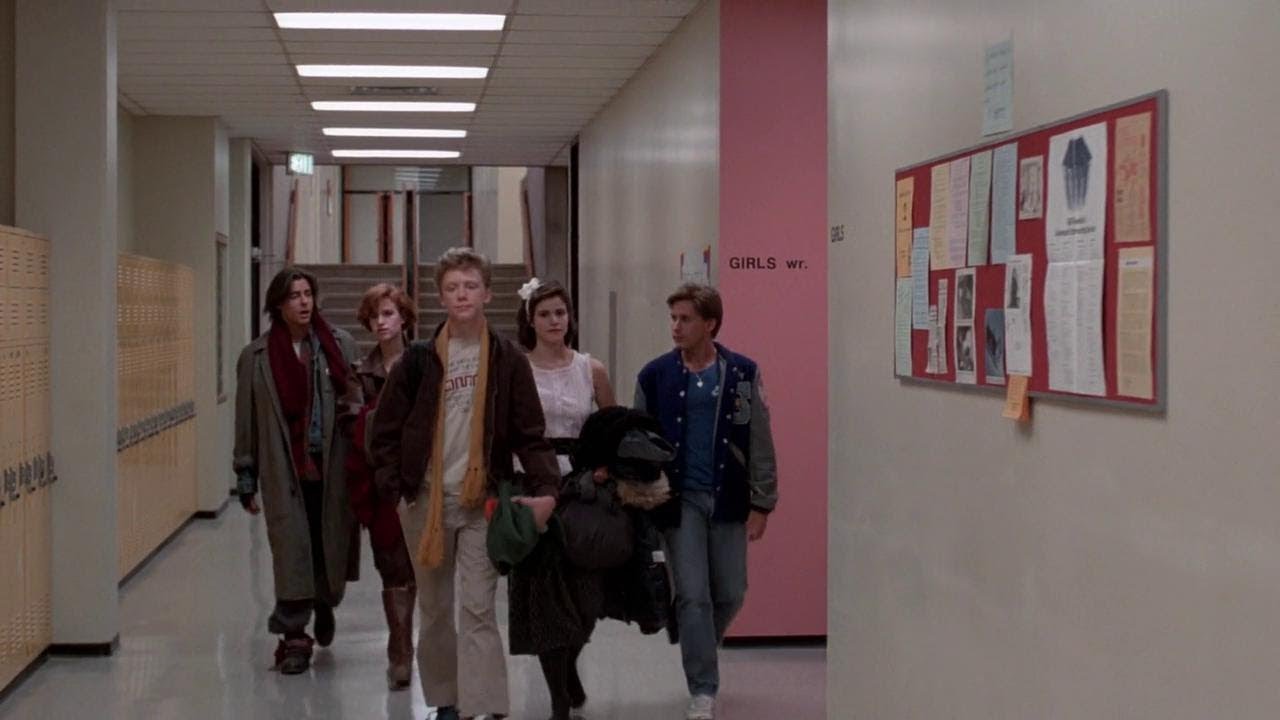 The Breakfast Club doesn’t end without its problems. As the five leave together through the doors of Shermer High and Carl looks on with hope, we learn that Claire and Bender as well as Allison and Andy have coupled up as unlikely partners. In her essay, Ringwald also comments on the uncomfortable message this might send to audiences (a male’s unchecked aggression gets the girl and a girl’s desperation makeover nabs the fella), but, personally, I just don’t think Hughes had the heart to see them revert back to their less enlightened ways come Monday as Brian feared would happen. Hughes uses these unlikely pairings to ensure that the hard-won lessons of The Breakfast Club survive the weekend. “Don’t You (Forget About Me)” pumps over that closing scene as a plea not to let their newfound wisdom go to waste. I prefer that reading of a backwards and forced conclusion. It’s reason enough for Bender to pump that fist and hold it there for another 35 years as Simple Minds plead on.