Late-night shows have been shut down entirely in the wake of COVID-19, but host Stephen Colbert still managed to find a way to reach his viewers. Prior to the broadcast of a Late Show rerun episode on Monday, Colbert delivered a special monologue from… his very own bathtub.

Colbert, while delightfully submerged in warm suds, spent 10 minutes criticizing Donald Trump’s handling of the outbreak. The comedian mocked Trump’s latest coronavirus health guidelines, which instruct people not to gather in large groups. “Don’t get together in groups of more than 10 people. It’s important information coming from the coronavirus task force, which has 21 members,” Colbert pointed out.

Much of the intro was used to encourage fans to continue practicing social distancing in order to #flattenthecurve. On the topic of social distancing, Colbert equated staying at home and binge-watching to a civic duty. “Turns out Americans weren’t lazy couch potatoes this whole time. All that sitting on our asses and watching TV was actually training to save the world,” he said. “So, to paraphrase the immortal worlds of John F. Kennedy, ask not what your country can do for you, ask how many episodes of Love Is Blind can you watch in one sitting?”

Coronavirus: Updated List of Events Canceled Due to Pandemic

From his bubble bath, Colbert also showed a video of Trump saying Americans will “celebrate” when the pandemic passes. “Yes, we will all celebrate the inauguration of anyone else,” quipped the host.

At one point, Colbert also joked that his late-night program should now be renamed The Lather Show featuring musical duo “Head and Shoulders.” You heard the man, CBS.

Watch the bubbly monologue below. Prior to being confined to his bathroom, Colbert delivered another masterful opening Late Show bit to an empty Ed Sullivan Theater. 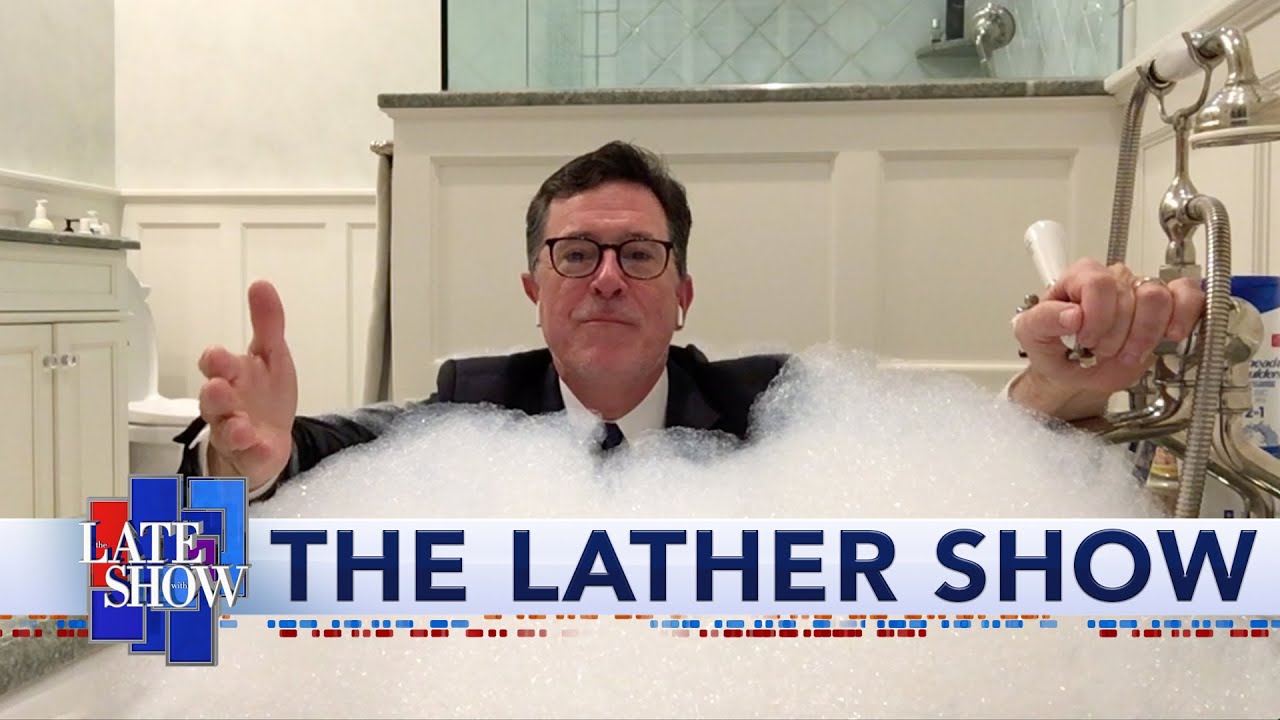 Along with the late-night TV circuit, shows such as The Witcher and The Handmaid’s Tale have been forced to cease operations because of the coronavirus, which has so far claimed 91 lives and infected more than 5,100 in the US as of this writing. On Monday, Idris Elba and Game of Thrones star Kristofer Hivju (who also was recently cast in Witcher) became the latest actors to test positive for the virus.

Keep up to date on how the coronavirus is impacting major cultural and entertainment events here.