Our Track by Track new music feature gives bands the chance to provide a deeper look into their latest album one song at a time. Today, THICK detail why they’re 5 Years Behind on their debut LP.

We’ve been anticipating this record for two years and it’s finally here. Today, Brooklyn punk trio THICK have unveiled their debut album, 5 Years Behind. Stream it in full below.

5 Years Behind was recorded at Studio G in our March Artist of the Month’s home borough alongside producer/engineer Joel Hamilton (Iggy Pop). THICK set out to confront the daily injustices of everyday life in 2020, from the hypocrisy of the elite to the entitlement at every level. As Consequence writer Natalia Barr said in her review of the LP, the trio succeeds in its response to the idea pop punk has lost it’s “progressive hope:”

“THICK answers that question, subverting pop punk stereotypes by singing about their own experiences as women in the music scene and beyond, while still using the same drum patterns, chord progressions, and anthemic sing-alongs that brought the genre so many adoring fans in the first place… As the band develop their recorded music style into the potential that their live act already fulfills, perhaps their next step is not only to add on to the pop punk genre, but to reinvent it completely. Until then, THICK will bring 5 Years Behind to their live show, providing more opportunities for headbanging, trying to temporarily forget all of the understandable reasons that they’re angry.”

5 Years Behind was previewed with the title track, “Bumming Me Out”, and the viral “Mansplain”. Take a listen to the entire thing via the YouTube playlist below, followed by THICK’s full Track by Track breakdown of the effort.

THICK will be bringing their notoriously rowdy live show on the road with a North American tour supporting The Chat. Get tickets here.

“5 Years Behind”:
This song is about feeling like you are behind in some aspect of your life when compared to other people’s expectations. At the end of the day, age is somewhat irrelevant, so it’s important to try and break free of the timeline we hold ourselves to. You’ve got to do what makes you happy at any age. We wrote this song on tour, singing and playing guitar while driving down the West Coast. It was originally a lot softer, we performed it a few times but it didn’t feel like a THICK song, so we re-wrote all of it, keeping the lyrics and theme but changing the melody and guitar leads — Nikki and Kate both play guitar on this track.

“Sleeping Through the Weekend”:
Coming to terms with the fact that friendships and people change and sometimes that leads you in different directions. We used to play this song in the past, but sent it to time-out because we weren’t in love with it. One practice before we were leaving we were like, “Hey, remember that song?” and we tried to remember how to play it. Instead we ended up writing something different and the final version was finished within 20 minutes.

“Bumming Me Out”:
When life throws all the heavy stuff on you at once–anxiety, media, relationships–and you feel like giving up, but you know it’s worth pushing through. When we originally wrote this song we had a slightly different melody for the chorus, we brought it into the studio hoping that our producer, Joel Hamilton, would provide some feedback and we ended up changing a few notes. It’s crazy how much a slight alteration can change and lift a song!

“Fake News”:
FAKE NEWS! It’s about seeing the humor in the dark times.This was one of those songs that we wrote in the middle of a break during practice and it was fun and came together really quick. We had goofier lyrics and updated them in the studio. We were doing two-person brainstorms while the other member was tracking. We didn’t finalize the lyrics until right before we recorded vocals.

“Home”:
This one is about experiencing micro-aggressions about your sexuality when you go back home to your family. This is another song that slightly changed in the studio. Kate left the studio for half the day and Joel, Shari, and Nikki created a new melody for the outro. Kate came back and realized a harmony was missing and ended up adding it as an additional layer to the end of the song.

“Mansplain”:
Can someone explain this to us please? The comments on YouTube will tell you if you’re unsure. This song was fun to write, but depressing at the same time. When we recorded, we had men around the studio and our lives repeat comments that they have heard before or comments that we have experienced and it was really a bummer to hear. Some of the men had a hard time saying it because it was too real and happens on a daily basis.

“WHUB (a.k.a. Where Have U Been?)”:
The nostalgia of falling in love with friends and partners at DIY shows in Brooklyn and wondering “where have you been all my life?” This song had so many parts and was so fun live. We kept adding more and more, but it was hard to keep the momentum on a recording so we worked on paring it back in the studio and making it a fun song to listen to.

“Won’t Back Down”:
A resolution not to back down and to be vocal about things that are going on in the world even if it sometimes feels like a losing battle. We really focused on dynamics for this song and created a vulnerable intro. This is one of the rare songs that Kate and Nikki didn’t share vocals together as Kate primarily lead the song. Kate also wrote and played the keys for the song.

“Can’t Be Friends”:
Realizing that some people will never meet the expectations of friendship that you hold and coming to the conclusion that you have to either accept their flaws in order to hold onto the friendship or let them go. True friends are always there in the end even if they’re gone in the middle of the book (a Shari-ism). We finished writing this song while we were in the studio and we haven’t performed it live yet! 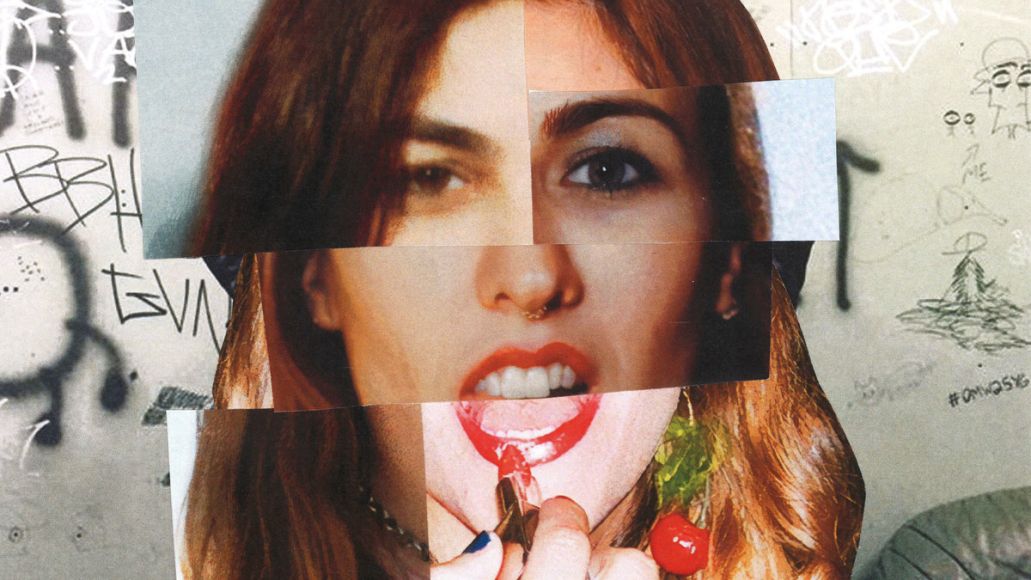 “Your Mom”:
About expectations put on us by the proverbial “Mom” representing society as a whole. This song was written in practice and just fell into place. It was probably one of the most fun songs to record, shouting all that stuff repeatedly in a glass box was hilarious.

“Party With Me”:
Written during a time in our life that was filled with late nights and partying and embracing the energy of NYC. This was one of the first THICK songs ever written which is why we had to include it on the album. It’s like a part of our lives that was really fun and influential and a reminder of the core of THICK.

Laufey Breaks Down Debut Album Everything I Know About Love Track by Track: Exclusive

THICK Break Down Their Debut Album 5 Years Behind Track by Track: Stream