“You Didn’t Make Good Choices, You Had Good Choices”: Elena Richardson’s perfect world is on fire — literally. When we first meet the suburban mother of four (Reese Witherspoon), she’s watching her house burn down before her very eyes. But, who lit the match? Was it Mia (Kerry Washington), the mysterious artist who recently moved into the affordable housing Elena owns with her teenage daughter Pearl (Lexi Underwood)? Or was it Izzy (Megan Stott), Elena’s own teenage daughter with a poorly kept secret?

Despite mastering the rules of her upper class, predominantly white society, and carefully designing her life to fit the preferred cookie cutter lifestyle, Elena must examine her choices and how they have affected those around her. Set against the backdrop of a custody battle between an immigrant mother and a wealthy couple seeking to adopt her child, Mia and Elena watch the lives of their children intertwine causing them to confront the unspoken rules of motherhood and the consequences of refusing to play by them. 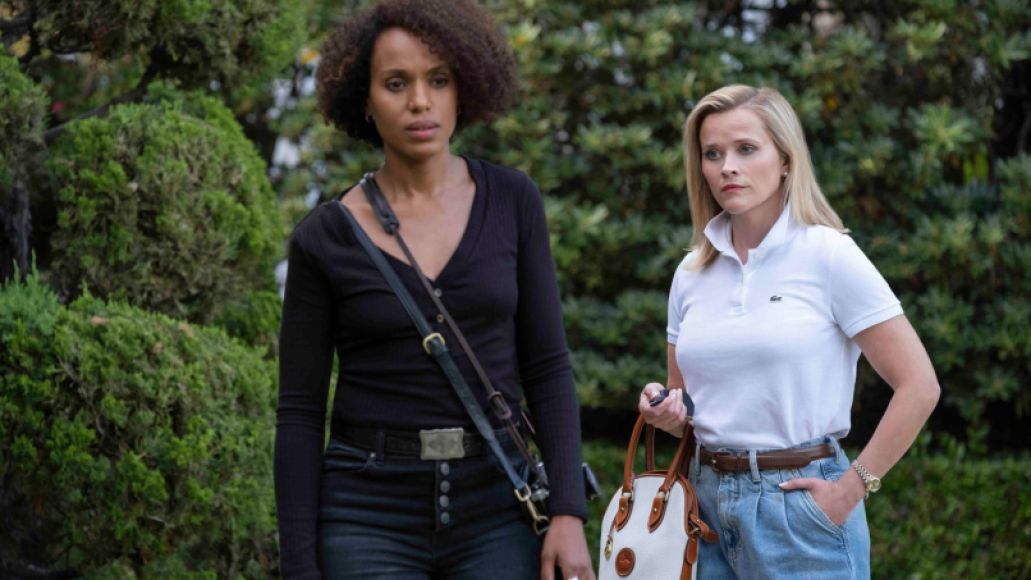 Big Little Lifetime: While the elevator pitch to adapt Celeste Ng’s best-selling novel to series was almost certainly, “Big Little Lies, but in the ’90s,” there’s much more below the surface — you just have to dig. Admittedly, early episodes struggle to ignite with a clunky “who-burned-down-the-house” framing device and a ’90s bubblegum aesthetic that screams Message of the Week specials. And it also doesn’t help that Witherspoon is essentially playing a slight variation of her Lies lead Madeline Mackenzie (that is, until she’s purged from her own social circle). But by the third episode, the story clicks into place and ignites with fiery social commentary, the kind that urges us to take an honest look at what scares us about ourselves.

I Love the 90s: Set mostly in the late 90s, episodes brim with fun nostalgia that hasn’t yet been worn into the ground like that of the ’80s. Baby barrettes, beepers, and pop culture references (e.g. 90210, The Real World, and Buffy the Vampire Slayer) abound without overwhelming the story. Not to mention, a soundtrack that will have viewers over the age of 30 running to find their old mixtapes. While liberal use of the slow pop cover trope veers from effective (Meredith Brooks’ “Bitch”) to insufferable (Phil Collins’ “In the Air Tonight”), the high point is a violin arrangement of Alanis Morrisette’s “You Oughta Know” that dares us not to sing along … or write about it in our diaries.

The Many Faces of Motherhood: Little Fires Everywhere takes an unflinching look at motherhood in all its complexity, depicting the day-to-day struggles with brutal honesty, while also factoring social capital and financial resources into the equation. This dichotomy is best exemplified when a young Elena is able to call for help when the task of caring for her four, young children becomes unbearable, all while Bebe, an undocumented Chinese immigrant is forced to choose between abandoning her infant daughter at a fire station or watching her starve because there’s no help to be found.

Any woman who has ever struggled to conceive, had difficulty nursing, or faced an unplanned pregnancy will likely see her own experiences compassionately represented. The perfect mom with the color-coded calendar, who’s been long praised by society, is revealed to be little more than a desperate attempt to maintain order in an uncontrollable world. This leaves the floor open for complex questions such as “Who has the right to be a mother?” and “What does providing a better life really mean?” Both prompts are treated with empathy and nuance.

It Gets Better: The care and complexity with which lesbian relationships are presented here is a refreshing change from both the decades of shame in years prior and the Very Special Episode patronization that still haunts network television today. While its characters may view same-sex relationships as scandalous and something to be swept under the rug, the show itself does not, providing an assuredly human look at the experience of coming to terms and feeling pride in one’s own sexuality. Guidance and acceptance from older generations is key here, and in a show that revolves so much around motherhood, Little Fires Everywhere argues for the possibility to reject toxic, familial relationships and choose the support that actually fits. 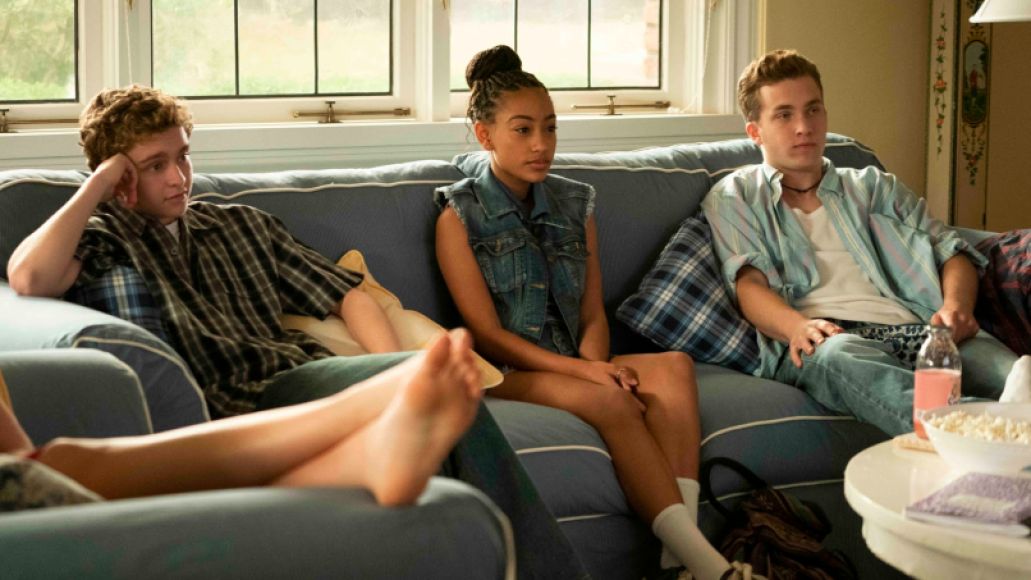 Little Micro-aggressions Everywhere: Subtle racism against marginalized groups pepper every episode, mirroring the titular flames said to destroy Elena’s house in the opening scene. As the series builds, Little Fires Everywhere confronts woke culture head-on, particularly the white women that find comfort in believing their good intentions are all that matter, despite being in the self-serving nature of performative charity. More often than not, these meditations come naturally —  for instance, a Yale application essay question about hardship allows the writers to chew on the perils of helicopter parenting and the fallacy of reverse racism and white victimhood — and urge us to examine our own biases. Not a bad thing.

Time Capsule Mirror: Alanis nostalgia aside, Little Fires Everywhere could have easily taken place in 2020 as the stories are resonant and topical. In hindsight, though, setting the story in the 90s clearly shows that, in almost 25 years, we’ve made little progress. We may hide our micro-aggressions with approved language, but the intent remains. The show even argues we’ve gone backwards as a society: A character’s abortion reveals a world where reproductive care was still easily accessible, while the media’s treatment of an illegal immigrant trying to reunite with her baby is a stark contrast to the situation many find themselves in today. By presenting these stories in all their complexities, the show highlights the actions we excuse and the hypocrisy of our justifications.

The Verdict: Because it speaks to issues important to women, Little Fires Everywhere can easily be dismissed as having a feminist agenda. But really, the show broadens its scope to take an important look at the biases society wields to maintain a toxic social order, which affects everyone.

With a solid cast led by Witherspoon and Washington — not to mention, standout performances by Jade Pettyjohn, Lexi Underwood, and Megan Stott — Little Fires Everywhere takes its subject matter seriously and is unafraid to look at the uncanny, repulsive, and terrifying pieces of America.

At the very least, it’s worth a quarantine watch.

Where’s It Playing? Heed the smoke on Hulu this Wednesday, March 18th.