The Pitch: Setting aside its nightmarish timeliness, the primary quality David Simon projects with The Plot Against America, his new, six-part HBO miniseries adaptation of Philip Roth’s 2004 what-if novel, is plausibility. As Simon builds an America with a Fascist president, he urges his viewers to imagine what might happen in a situation, how it would happen, and how citizens would react — step by step as he’s wont to do. Easily his most focused narrative to date, complete with his trademark complexity and multifarious plot lines, The Plot Against America thrives from a solidity borne of harmony between its parts in which acting, cinematography, and structure all work together to carry its own virtuosic weight. 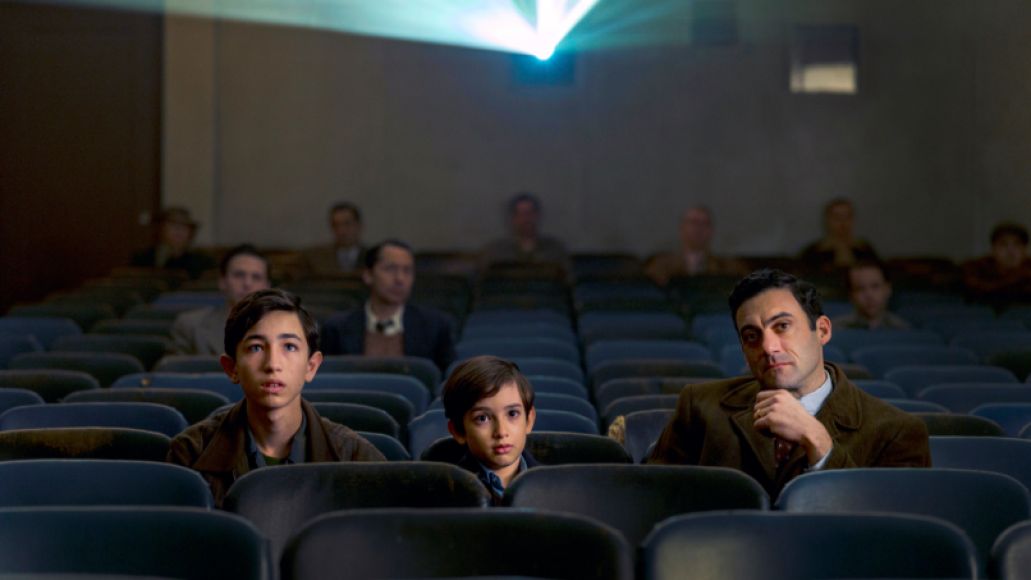 Human Interest, Interest in Humans: The onset of Fascism in America here is a sun around which the characters revolve. Their relationship to the candidacy and ultimate presidency of Charles Lindbergh (Ben Cole) — an ally of Hitler, mind you — more or less defines each and every one of them. And not surprisingly, Simon’s predictably strong cast shoulders this level of responsiveness by losing themselves in their roles.

— Among the many sets of eyes is that of Herman Levin (Morgan Spector), the father in the family at the story’s center. By day, he’s a desk worker at an insurance company, and by night, he’s an obsessive. Political consciousness is as much a part of Levin as his hair or his mouth. Glued to the news of the changes taking place each day in America, he frequently walks into establishments, finds the news on the radio, and turns up the volume. He wants to hear it, but he wants everyone around him to hear it, too. Spector is lithe and perpetually taut here, like a human political statement.

— The other central lens for this story is Philip (Azhy Robertson), Levin’s youngest, who was actually the narrator of Roth’s novel. Robertson brings Philip to life with wide eyes that speak to both intelligence and incomprehension in a political landscape that’s changing by the hour in such strange ways. Philip asks many simple questions throughout the series, and you get the sense he might never get enough answers. 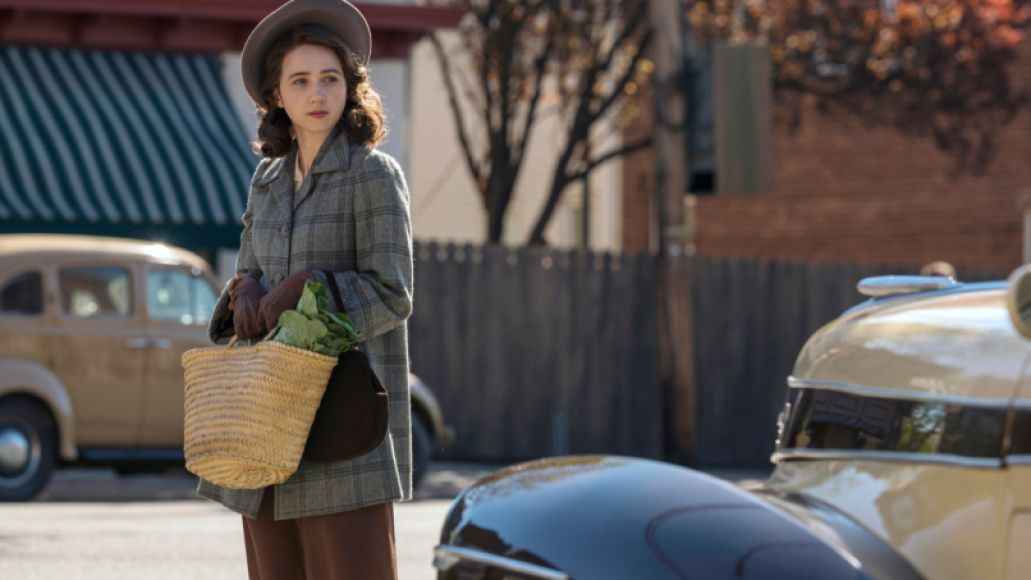 — Easily the most complex of the Levins is Bess (Zoe Kazan). There’s a lot to unpack with her. Not only does she have to protect her children, balancing the horror and panic of their ever-evolving surroundings, but she has to couch her desire to flee the country. As the series continues, and her challenges pile up, her marriage to Herman shines with nuance. Like when the two do a George Burns-Gracie Allen routine for their children; the intimacy and mutual understanding needed to do this sort of display at a time of unprecedented national stress hits hard.

— Winona Ryder is both natural and frightening as Bess’ sister Evelyn, who essentially sells herself to the Nazis through her sympathizer husband, the Rabbi Lionel Winkelsdorf (John Turturro). Her face, as the series goes on, shifts from flirtatious to terrified as she realizes the magnitude of this involvement; expressions we might have considered vivacious early on come to seem dishonest, even malevolent, towards the end of the series, most notably when her complicity strains the ties in her own sister’s family.

— Turturro plays Winkelsdorf a little too close for comfort. As a strong supporter of Lindbergh, he spearheads a program called Just Folks, which moves Jews from Newark to the Southeast, where there’s a strong KKK presence, with the purpose of integrating them into the rest of American society. It’s a mission with frightening baseline assumptions, and the way Turturro drawls out his South Carolina–accent allows every line and revelation to sink in all the more deeply. 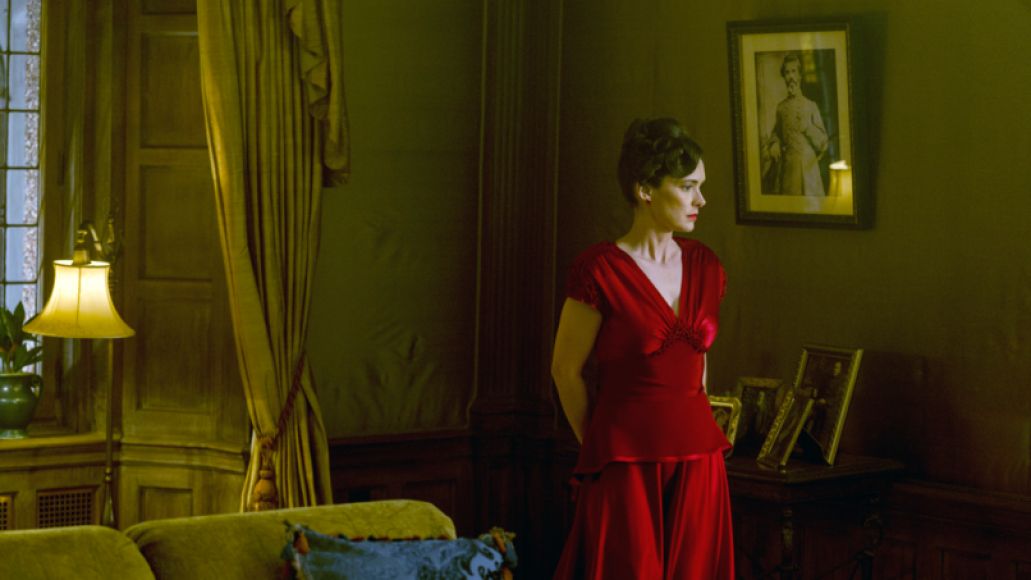 — And as if to show us how fast complicity can grow, we watch Levin’s oldest son, Sandy (Caleb Malis), participate in an offshoot of the Just Folks program, only to fall under the sway of the Rabbi’s charisma. So much so that he becomes a poster child for the program.

The rise of Lindbergh in this story works almost like a sickness (sorry), and Simon seems interested in the way it metastasizes within a tightly knit family and the how it affects their relationships. As a result, as the series progresses, we become invested in the individuals as they’re rendered as humans over any of their political alignments. That is, until we realize that caring about one is equal to caring about the other. After all, politics are only as meaningful as its effect on individuals and the shapes of their lives.

Writing With the Camera: The series gets at you visually as much as it gets at you psychologically. In one sense, everything here is larger than life. When the sun is bright, it’s blinding. As if to reproduce the vantage point of the young Levin child, many objects and faces here are similarly large, mostly because the camera is always tacking each characters’ movements, swiveling and stopping as they, too, swivel and stop. Rest assured, Simon and co-creator Ed Burns stay incredibly faithful to Roth’s source materials, and the direction always follows suit. There’s an attentive nature to each shot that seemingly reproduces the sheer momentum and occasional bombast of Roth’s sentences, which defines what it’s like to be swept up within his novels. 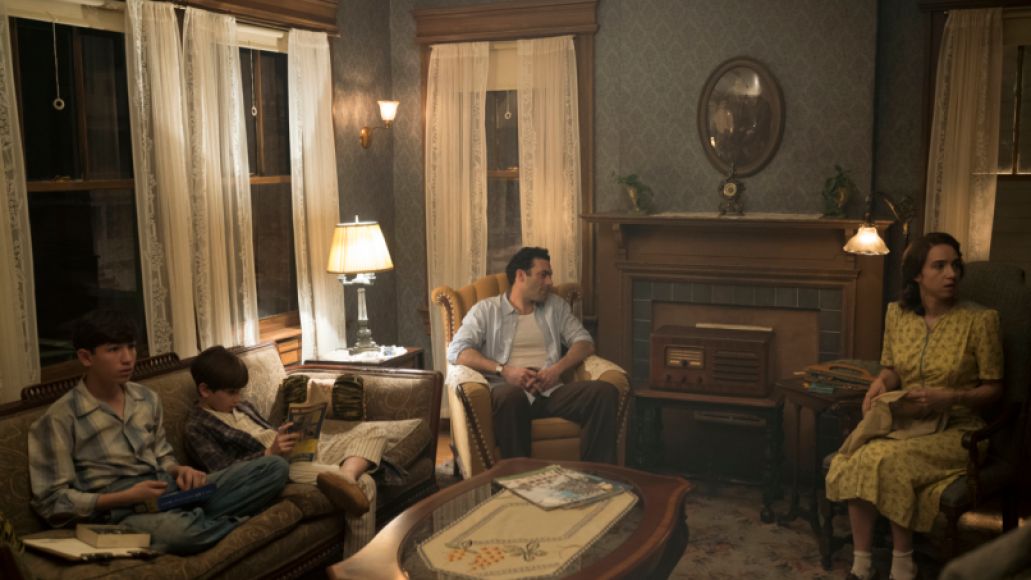 The Verdict: But what of the series’ current relevance, which would seem to be its point? There are, of course, hundreds of easy matches within each episode. The anti-Semitic outbursts in restaurants and street corners mirror the rise of anti-Semitism in America. The Fascist sympathies of Lindbergh mirror the current administration’s eerie tendencies. The sequestering of Jews mirrors the treatment of immigrants from Central America and elsewhere in recent years. (In fact, it’s hard not to read Sandy’s participation in the Just Folks program as a nod to the separation of deported parents from their children.) True enough. And yet, ultimately, Simon’s true aim seems to lie elsewhere.

More than anything, Simon simply wants us to take a close look at the faces of these characters, and to watch the changes taking place there. He accomplishes this by starting at the bottom — in the living room of a Jewish family in Newark — and stirring up any political intrigue and anxieties at the top. The point of that focus is to make the story one about particulars rather than abstractions. As such, The Plot Against America feels more like a loving, compassionate project for Simon; the concern he has for each member of the Levin family, and even those seemingly trying to destroy that family, lifts the series up, creating an indelible and firmly grounded wake-up call for its viewers.

Where’s It Playing? Join the Levins every Monday night on HBO.