With movie theaters shuddered across the world in the midst of the coronavirus pandemic, Hollywood is turning to Video On-Demand for distribution. That’s good news for us moviegoers hungry to see the hottest new releases, and while the living room will never be a substitute for our favorite theaters, it’s the best we can do in these not-so-great times.

Below, we’ve started gathering all the major titles that have been added or will be premiering soon on Amazon Prime, iTunes, or Vudu. Already, there’s quite an eclectic and exciting bunch, from horror (The Invisible Man), to action (Bad Boys for Life), to comic books (Birds of Prey), to thrillers (The Hunt), to even stuff for the kids (Onward). Not too shabby.

Rest assured, this is only the beginning. In the months ahead, we’ll be seeing more and more titles making their way to the VOD medium. In fact, if this week is any indication of the future, we’re seeing movies being announced by the hour. So, be sure to bookmark this page, as we’ll be keeping this updated as the selections are confirmed.

Now, figure out your night below — and don’t burn the popcorn. 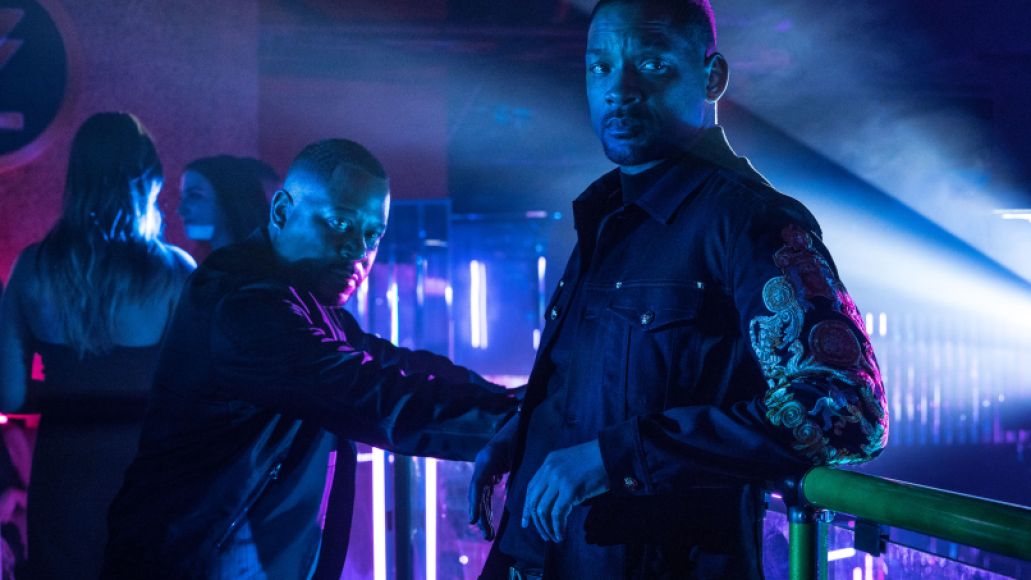 Our Verdict: Bad Boys for Life thrives from stellar action filmmaking and could be an affecting closer to an action film trilogy, even if there are moments that feel like an attempt to build a cinematic universe of sorts (including a misguided post-credits tag). The quieter character gasps are appreciated, particularly following the extreme bombast of the second film, and while It could be a nice capper to a series that has spanned three decades, audiences would undoubtedly show up in another 17 years just to hang out with Mike and Marcus again. Maybe even two years. –Mike Vanderbilt 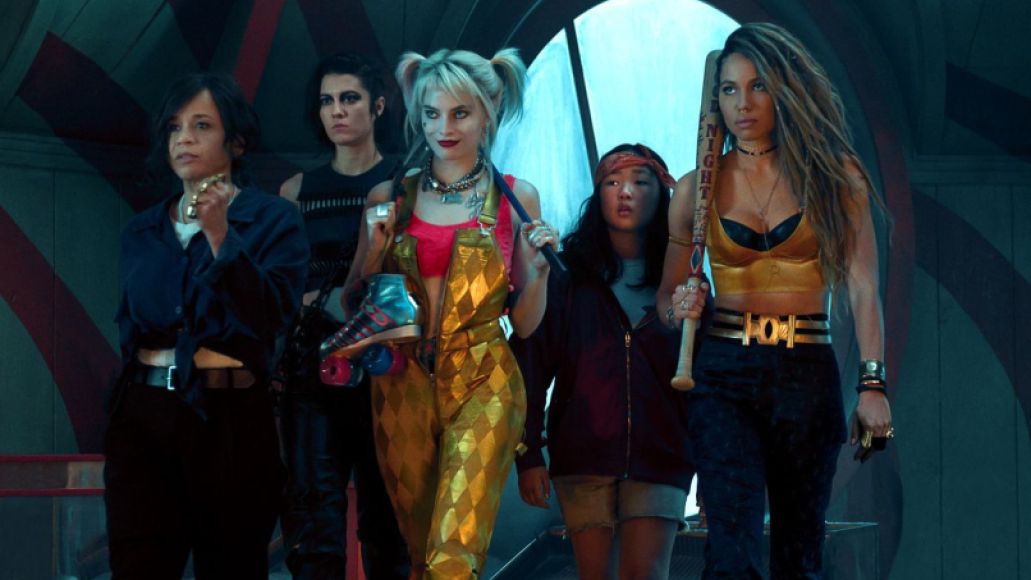 Our Verdict: Here’s a comic book movie not necessarily striving for great heft, even if this does give Margot Robbie more time and pathos than her stint in Suicide Squad. No, Birds of Prey is something sillier and more page-turning than most recent hits. This is a comic book movie that feels adapted from a bunch of Bazooka Joe strips rubber-banded together. It’s a big ball of candy, mushed together and flung at the wall, and we’re all invited to happily take a bite out of crime. –Blake Goble 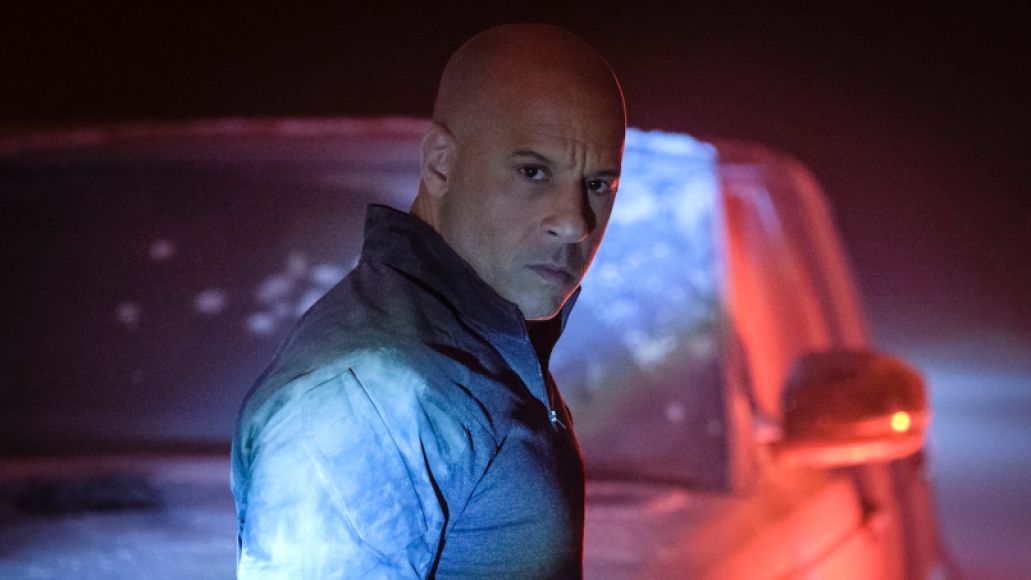 Our Verdict: Bloodshot accidentally calls out the hollowness of every superhero movie by trying to beat them at their own game. It admits Vin is a tool to be deployed in very specific circumstances, it comes so close to self-awareness but drops the ball. In order to actually play as auto-critique, it would have to be a much better movie with a real director, but I admired the attempt, as I always do whenever Vin’s on screen. In the canon of his films, this was funnier than most of the Fast & Furious things, but not as good or entertaining as the Riddick movies or The Last Witch Hunter. His heart was clearly in those. He tries to emote a little here and it doesn’t go well. We didn’t pay to see Vin Diesel emote. –Scout Tafoya

The Call of the Wild 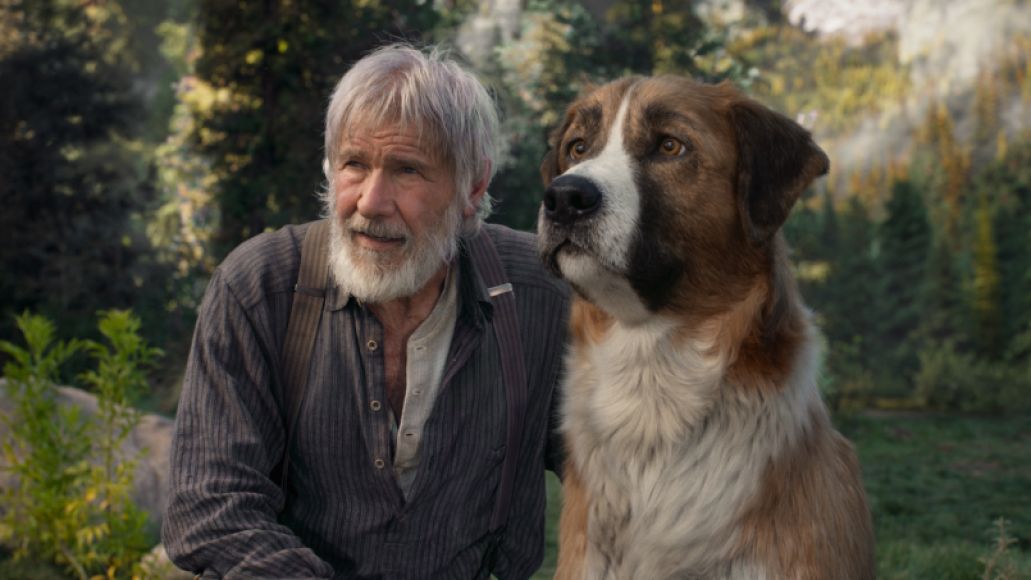 Our Verdict: It’s refreshing to see Harrison Ford in a lighthearted performance, one relying on the natural charm and delight present in his best roles (see: John Book in Witness and, of course, Indiana Jones). Also, Buck is endearing and easy to like. While The Call of the Wild is silly, and never completely pulls the wool over the eyes with respect to the CGI, there’s enough meat on the bone to gnaw on before burying it in the backyard. –Robert Daniels 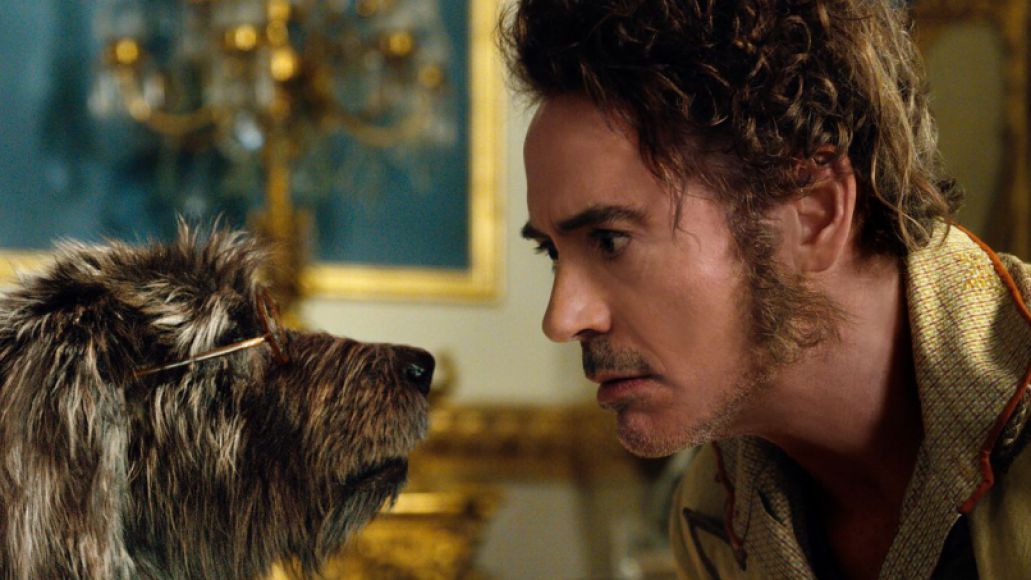 Our Verdict: About as gross-out as the hit Eddie Murphy reboot and just as bloated as the Rex Harrison bazaar, Stephen Gaghan’s spin on the Doctor Dolittle legend is fine. Why fine? Well, it’s poor if you really want to ding things like fart jokes and attitudinal critters. But it’s also tons o’ fun if you’re a young viewer that likes, uh, fart jokes and attitudinal critters. And since parents may be more likely to read this than the youths, consider Dolittle from a minutes-and-movie-magic angle. At 100 minutes, with just enough digital chutzpah to keep everyone reasonably amused and never quite annoyed, Dolittle is tolerably fine. –Blake Goble 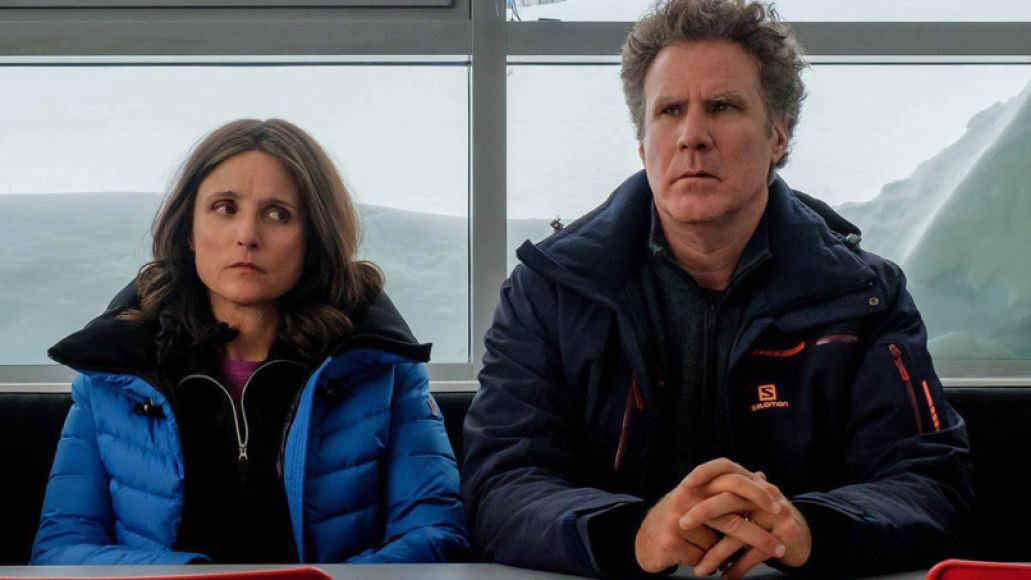 Our Verdict: Does Downhill surpass, or even match, the revelatory energy of Force Majeure? Of course not. And quite a few things, from the subtextual complexity of its themes to the deliberately-meandering nature of its pace, get lost in translation. Louis-Dreyfus is all perfectly coiled passive-aggression, and the centering of the wife in this equation is Faxon and Rash’s major contribution to the remake’s existential energy. But in turning Force Majeure from a sophisticated tale of broken masculinity into a thunderingly-obvious marital drama, Downhill unfortunately lives up to its title. –Clint Worthington 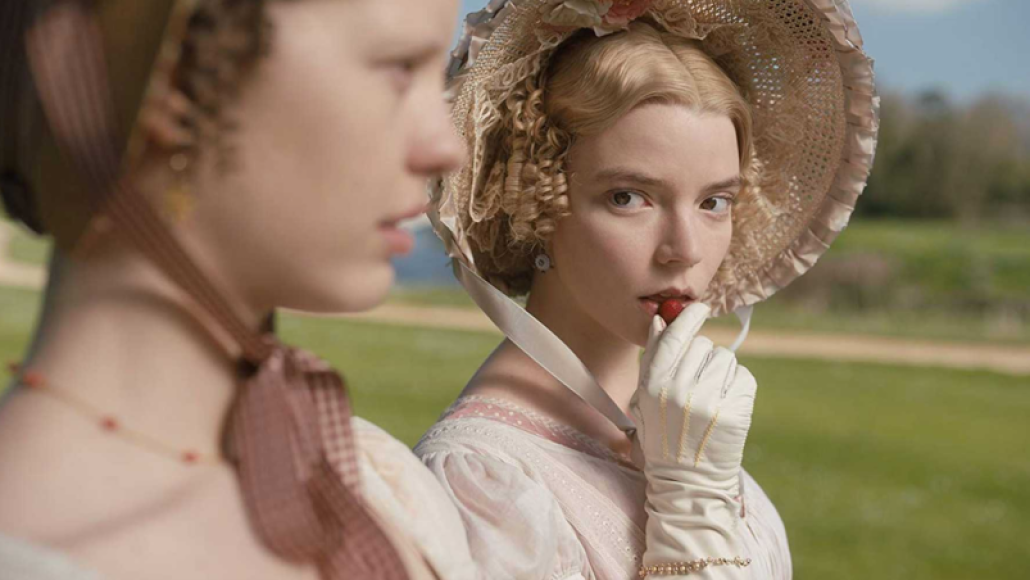 Our Verdict: By simply putting forth Emma. as is, with little argument or persuasion in either direction, Autumn de Wilde takes Jane Austen’s long-storied notion that her protagonist is “a heroine whom no one but myself will much like” and antes up, highlighting the tarnished parts, the Emma Woodhouses if you will, in us all. With the aide of composers Isobel Waller-Bridge and David Schweitzer, or cinematographer Christopher Blauvelt, de Wilde’s first feature run pulls the curtain on the facades we put forth and asks us to understand not only ourselves but each other — a notion as relevant in the age of Austen as it is in the age of Instagram. –Irene Monokandilos 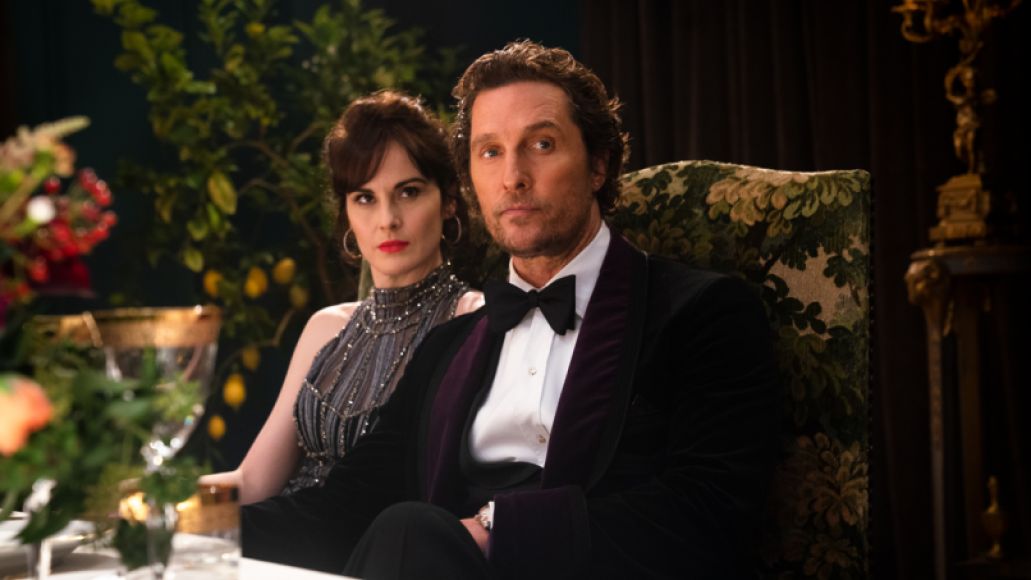 Our Verdict: Perhaps, in a movie that used its admirable style to more consistent effect, there might be a way to forgiving at least some of those trespasses. But in something as herky-jerky and convoluted as The Gentlemen, the viewer has enough to worry about keeping the whole story straight without dreading the next tone-deaf thing to come out of an esteemed character actor’s mouth. Watching The Gentlemen feels like going to your rich, kinda racist uncle’s house: Sure, his place looks nice, and he lets you play his PS4, but you’ll always be steeling yourself for the next time he says “colored” at the dinner table. –Clint Worthington 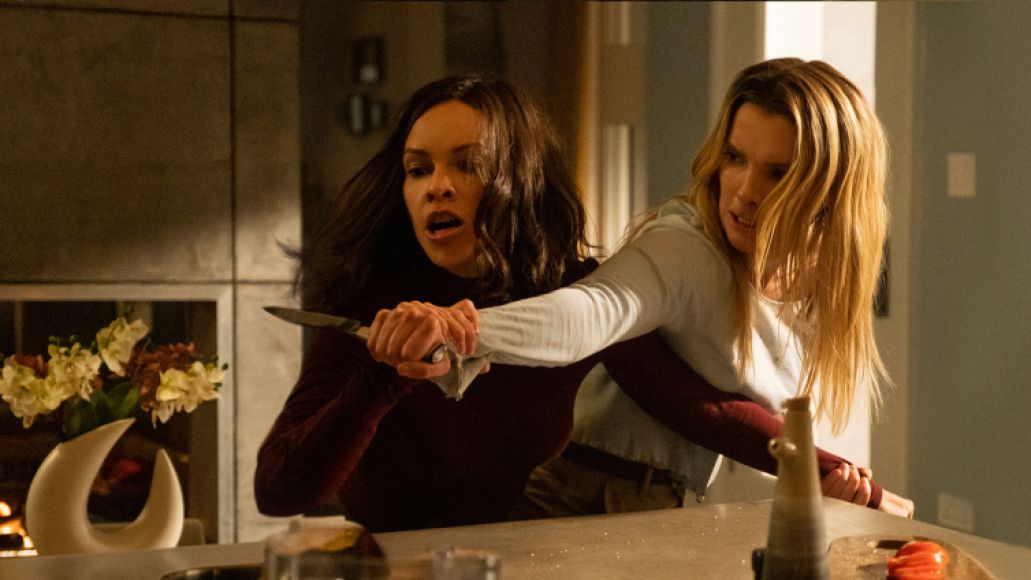 Our Verdict: Look, it doesn’t take a college grad to see right through the political allusions of The Hunt, and once you realize all the pedantic Orwellian nods are as hollow as the shells on the ground, you’ll stop foaming and start smiling. And, to be frank for a moment, it’s not like they’re totally wrong, either. We’re living in an exhausting era where communication affords zero room for nuance; Nick Cuse and Damon Lindelof are simply capitalizing on it, and, well, they definitely get the most bang for their buck. Take it with a truckload of salt, or maybe, just maybe, walk out of the thing realizing, at some point, we’re all self-righteous assholes. Either/or. –Michael Roffman 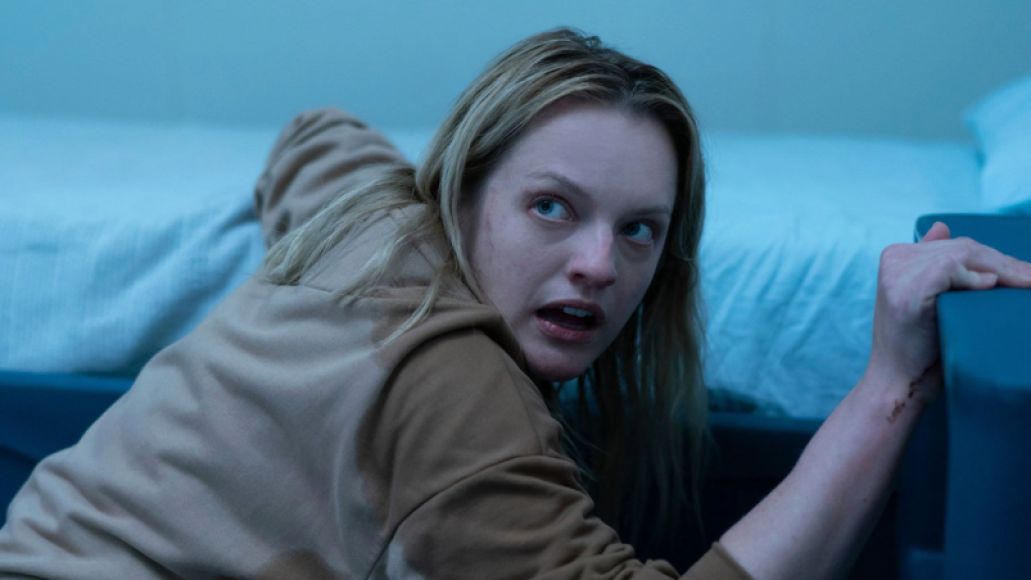 Our Verdict: While not particularly subtle or probing, The Invisible Man manages to do what many of our greatest horror movies have done before it: address a real-life, everyday nightmare in a heightened, bracing, and even cathartic way. Maybe the odd twist or turn is predictable, and perhaps it drags on a few minutes too long, but with a performance this bracing, a turn this emphatic, and staging and camerawork all but guaranteed to have you checking your backseat and peering under your bed, such flaws are worth overlooking. It’s a scary movie. That’s only what the subject deserves. –Allison Shoemaker 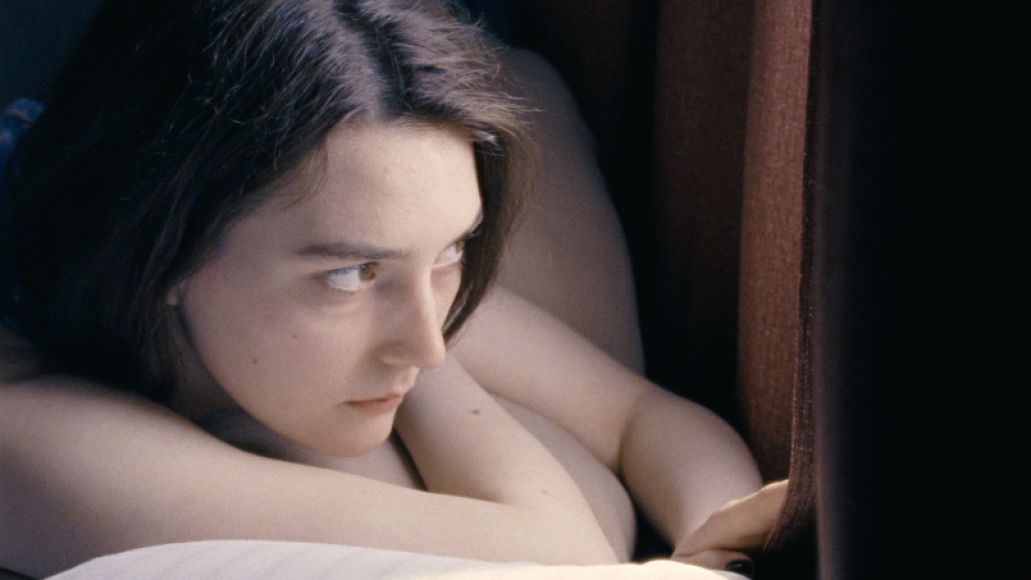 Our Verdict: It’s easy for opponents of abortion to demonize young women as “sluts”, or irresponsible, or lazy; those perspectives end up de-centering and dehumanizing the pregnant person themselves. Never Rarely Sometimes Always is a sobering, unflinching rejoinder to that perspective, intense but humanistic in equal measure. It’s not an easy watch, to be sure; moments will make you weep, especially two close shots of women holding hands that bookend Autumn’s abortion experience. But the glory of Eliza Hittman’s film is in finding those moments of beauty among the brutal silences, and the magnetic grace that can be found in a person’s most difficult days. –Clint Worthington

Our Verdict: In comparison to Pixar’s best, the blue dudes of Onward have little to offer beyond obsessive mugging. Will the kids care? Perhaps not; there’s enough pizazz to keep eyes peeled for 100 minutes. (Hey, look at that, a giant floating Cheeto!) But when the leads are drawn this terribly thin, and Onward is so hopelessly focused on the dad narrative that it can’t help but ignore its creativity in favor of mawkish afternoon special, the product stinks of a bad Amblin ripoff. It’s a weird feeling to leave a Pixar production unmoved. There’s little movie magic to be found here. –Blake Goble 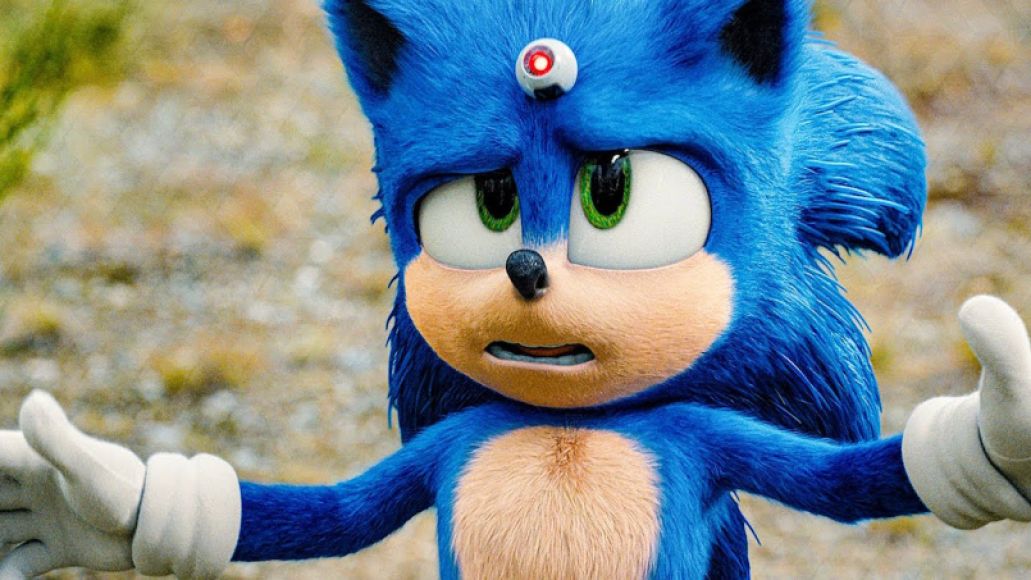 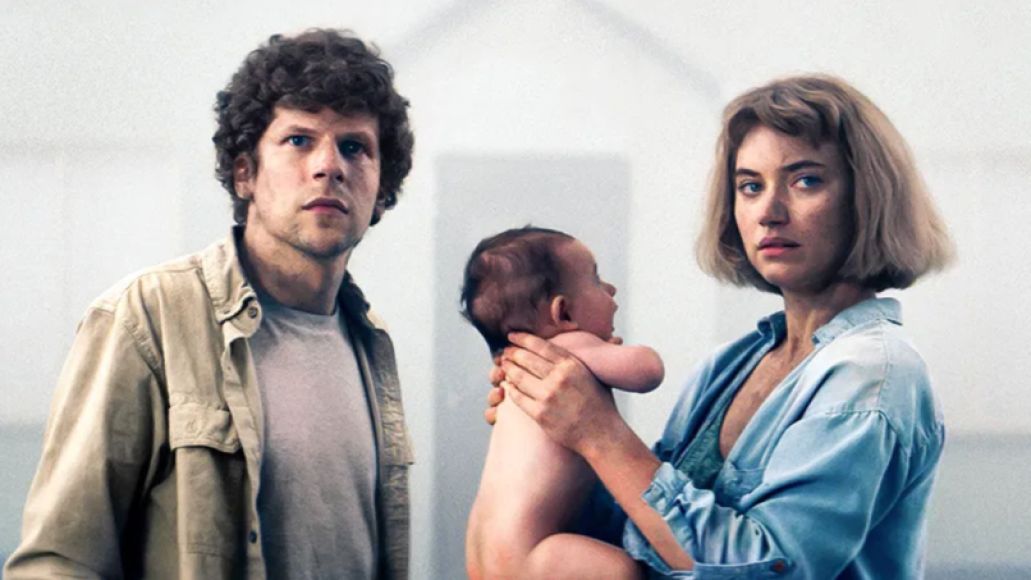 Our Verdict: You’re on your own. 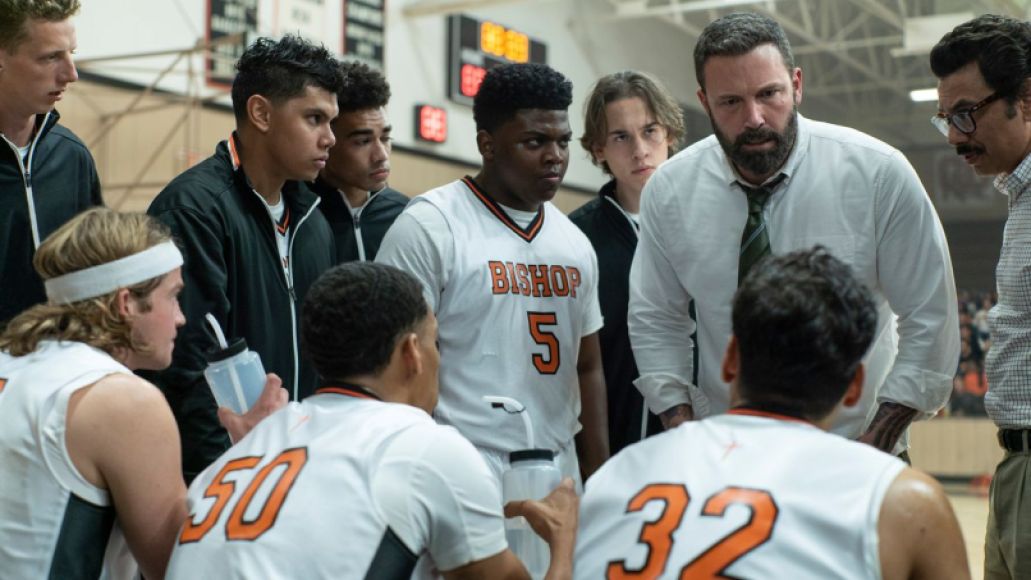 Our Verdict: Even if the message is clear, and the vibe can be a little movie-of-the-week, The Way Back does find an interesting set of ways to present itself. –Blake Goble