Amid the coronavirus crisis, NPR has temporarily revamped its beloved series Tiny Desk Concerts as Tiny Desk (Home) Concerts. For the latest installment, Margo Price performs from her home in Nashville with the help of husband and fellow songwriter Jeremy Ivey. Notably, her mini-set features the debut of a previously unreleased song called “Someone Else’s Problem”.

Price’s Tiny Desk session consists of a total of three songs. She and Ivey perform acoustic renditions of the 2017 track “Just Like Love” and “Stone Me”, taken from Price’s upcoming third album That’s How Rumors Get Started. The duo close out the home concert with “Someone Else’s Problem”, which the couple wrote while on an airplane during Price’s recent pregnancy, according to a statement.

That’s How Rumors Get Started, produced by Sturgill Simpson, is due out May 8th through Loma Vista. The effort follows her 2017 Third Man Records album All American Made, which earned her a 2019 Grammy nomination for Best New Artist.

This spring and summer, Price is expected to tour with The Head and the Heart and Chris Stapleton. Grab tickets to all of her upcoming concerts here. 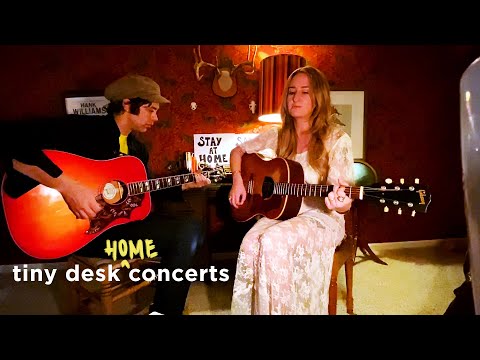