Billy Porter is known and beloved for his magnetic personality and groundbreaking performances, which in turn have made him a default equal rights advocate. Besides trailblazing his way to an Emmy, however, the singer/actor has often taken a very deliberate political stance. Today, Porter takes that activism a step further with his cover of Buffalo Springfield’s iconic protest song “For What It’s Worth”.

Released to support voter registration, Porter’s version of the classic 1966 single gives it an electro-soul update. Those ringing guitar notes and shuffling percussion are still very prominent, but that added chorus of hums and percussive swagger makes it a thoroughly modern rendition.

A vocal opponent to the current administration, Porter recorded the song to make sure “my art and my music matter.” “I’ve always been a political person. I come from the generation where the music reflected what was going on in the world, in the day,” he said in a press release. “The song was written and performed sort of during the Civil Rights Era, the Vietnam War, it was protest music and I wanted to have a hand in bringing that back and speaking truth directly to power.”

TV Performance of the Year: Billy Porter Willed the Past into the Present with Pose

TV Review: Pose Returns for Another Season of Vital Television

The cover has the approval of original songwriter Stephen Stills, who praised Porter for putting his own spin on the track. Calling Porter’s rendition “pure genius,” Stills added, “I am both proud and delighted that Billy Porter is covering my song: ‘For What It’s Worth’. For many years no one tried to ‘make it theirs’ as covers are supposed to do. That an artist of Billy’s caliber has chosen to add his flourish to my song from so many years ago is totally in keeping with what I intended.”

Listen to Billy Porter’s “For What It’s Worth” below. 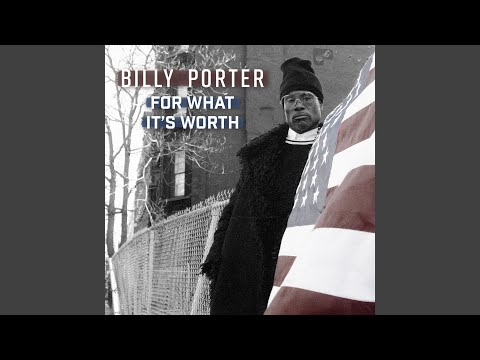 Billy Porter Covers Buffalo Springfield's "For What It's Worth": Stream