Hip-hop’s fastest rising rapper DaBaby is already back with a new album called Blame It on Baby. Stream it down below via Apple Music and Spotify.

The North Carolina rapper announced the album earlier this week as a surprise. For those keeping track, Blame It on Baby follows Baby on Baby and the guest-heavy Kirk, both of which DaBaby released in 2019. This new full-length includes previously released tracks “Shut Up” and “Find My Way”, the latter of which arrived with a short film in tow.

Once again, DaBaby has compiled a star-studded list of artists to guest on his new album. Blame It on Baby includes contributions from Future, Roddy Ricch, Quavo, Megan Thee Stallion, NBA Youngboy, A Boogie Wit da Hoodie, and Ashanti. The number of people he’s able to get on his albums, nevermind so last minute, will never not be impressive.

If all goes as planned, then you might be able to hear these songs in a few months. DaBaby will head out on tour in late 2020 and, along the way, will perform at festivals like Coachella. Grab tickets to all of his upcoming concerts here.

Blame It on Baby Artwork: 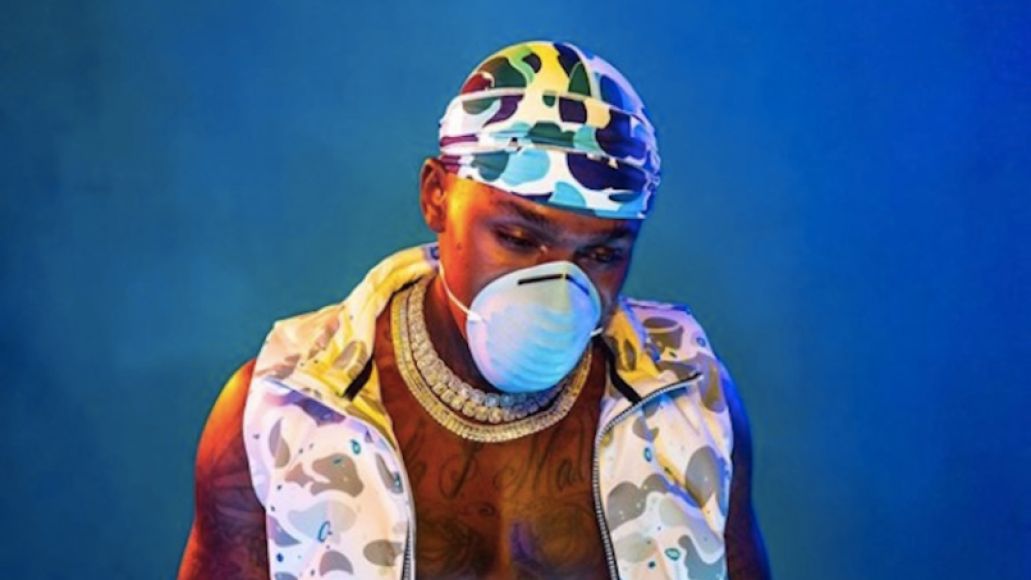