The Pitch: Late comedian George Carlin once said, “It’s called the American Dream because you have to be asleep to believe it.” At the heart of that dream resides the idea that not only can any individual succeed but that their success will help insure a better life for their children. Traditionally, education has been the primary key that safeguards and unlocks that better life. You’ve heard all of this before: education is the key. It’s almost quaint.

However, that quaintness evaporates quicker than the bell before first period French when you enter a school like Bad Education’s Roslyn High, a Long Island high school (see: college factory) where the students, parents, and administration are hellbent on leaping from No. 4 to 1 in college acceptance rates. Charged with oiling and operating that conveyor belt to the Ivy Leagues are the stern, all-business Pam Glucken (Allison Janney) and beloved Superintendent and former literature teacher Frank Tassone (Hugh Jackman). Tassone’s star is on the rise with Roslyn’s recent batch of college acceptances and the resultant spike in district property values (making both the school and important locals very wealthy) — that is until a young writer named Rachel Kellog (Geraldine Viswanathan) from the student newspaper begins pursuing a “puff” piece on the school’s soon-to-be-built skywalk.

But as Frank tells her: “It’s only a puff piece if you let it be a puff piece … a real journalist can turn any assignment into a story.” 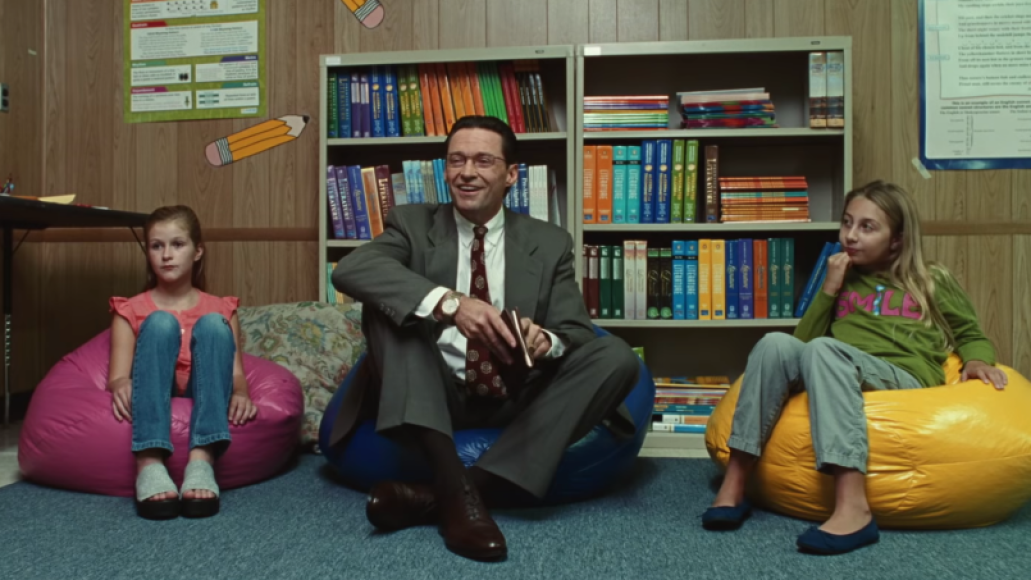 What This Movie Isn’t: It’s Tassone’s teacherly advice that initially pushes Rachel to dig deeper until she finds scandal at Roslyn. But make no mistake about it: Bad Education isn’t a newsroom thriller like a Spotlight or an All the President’s Men. Rachel gets to the bottom of things, which go straight to the top, almost immediately. In fact, there isn’t much to unravel because, well, the guilty parties suspected nobody would ever bother looking. And that’s maybe what’s most revealing about director Cory Finley’s Bad Education. Millions of dollars have found their way into inappropriate hands, and yet Glucken and Tassone feel relatively little concern, let alone remorse. Welcome to the world of high-stakes education. These school execs are delivering dozens of kids each year to the best colleges in the country and making multimillionaires out of the few powerful people who might stop them. When caught, they firmly believe they’ll be given a pass. After all, kids are getting into Harvard and Brown. Who gains by rocking that boat? 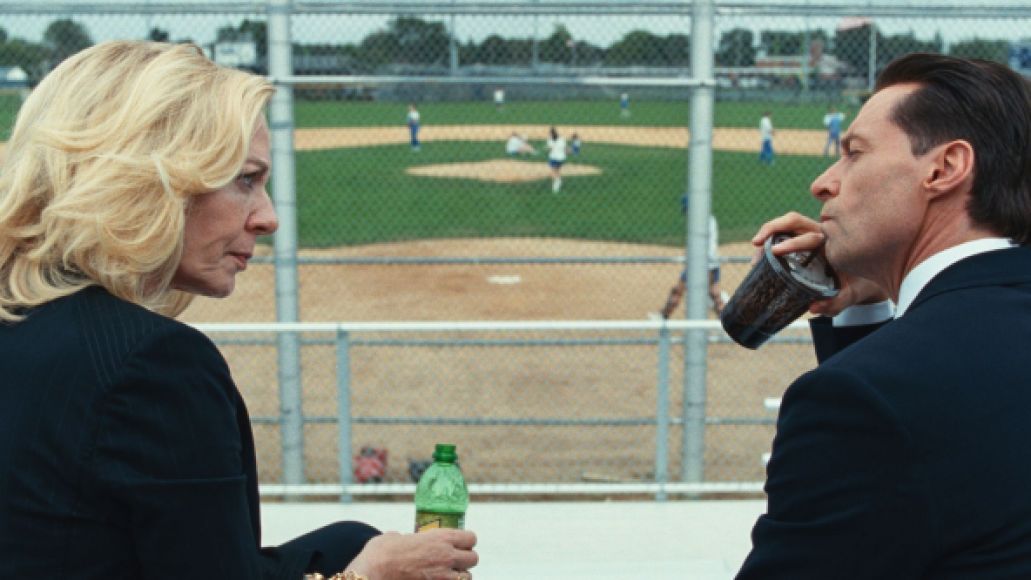 What This Movie Is: When Tassone, a secretly gay man, runs into a former student named Kyle while traveling on business, he notes how his former literature teacher likes calling himself the “Superintendent of Schools” and requires an armada of expensive suits in his hotel closet for a weekend trip. The two begin an affair (not Tassone’s only secret relationship), but Kyle serves as far more than a forbidden lover. He’s a key to Tassone’s past and one of the few who preferred him as the teacher in a suit to just a suit. Kyle is a link back to a time before the expensive wardrobe, gelled hair, makeup, plastic surgery, flax seed smoothies, and no-carb diets. A connection to a simple love of teaching rather than a life of dealing with stage parents and their entitled children, leading parent book clubs where nobody reads, and betraying his sexuality for gain: flirting with important women on one hand and laughing at dumb “wife” jokes to bond with male colleagues on the other. And yet, as the pressure of that life and the scandal surrounding him begins to unfold, we see glimpses of the man he was before wooed by the higher-education machine. When did he go from being a beloved educator to merely acting like one? What’s been lost in his struggles to make Roslyn No. 1? These character questions are what truly drive Bad Education. 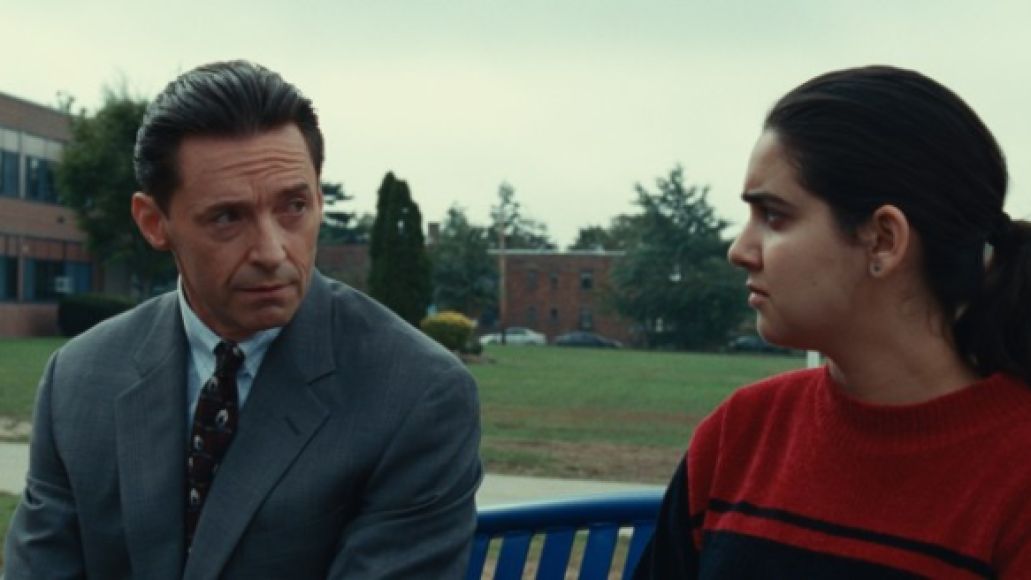 The Roslyn Lady Bulldogs: It may be Frank Tassone’s story, but Janney and Viswanathan are brilliant support for the man in the suits. Pam, in many ways, is an equal partner with Frank in their quest for Roslyn supremacy. She handles school district operations but also sneaks him carbs and helps him memorize faculty names and interests. In other words, she plays the game and knows him better than anyone, coyly joking, “She’s really not your type,” when Frank tells her he stayed after book club to help clean up. Her camaraderie with Frank comes across as sweet, almost to the point that we forget she’s shuffling around thousands, if not millions, of dollars from the school coffers, all because she thinks their role in the community entitles them to take their share. We later learn, of course, that there’s no honor among thieves.

Viswanathan believably plays the soft-spoken underclassman, Rachel, the perfect foil for Frank and Pam. She represents everything Frank once admired about education before it became a hollow enterprise about rankings and dollars. “We’re not The New York Times. We’re an extracurricular, right?” Rachel’s editor tells her when she shows him the deep dive she’s taking into the skywalk article. “We are a club designed to get us into good colleges.” But Rachel opts not to settle for sitting on the college conveyor belt of entitlement; inspired, in part, by Tassone’s own words, she keeps on the scent of the scandal. When Frank confronts her and explains a lot of people could be hurt, he’s turning against a student, like Kyle, who he once would’ve admired and encouraged. It’s very much a betrayal of all he once believed in, and we see that in later scenes. 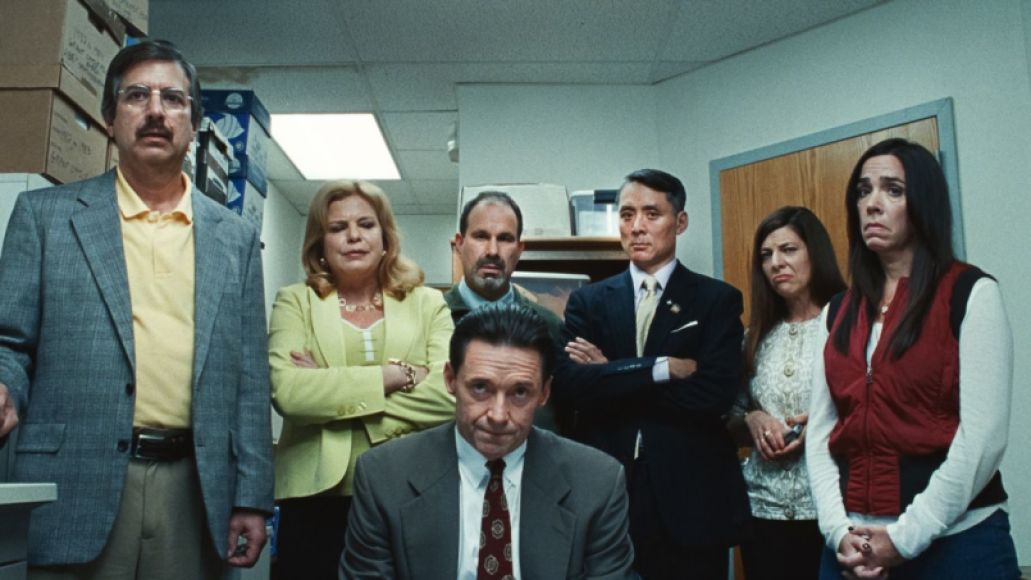 Verdict: Perhaps the best scene in Bad Education sees Frank convince the school board that they should hush up Pam’s crimes. By applying pressure to each member’s weak spots — public opinion, rival schools, college acceptances, and real estate prices — he talks them down from going to the authorities and, unbeknownst to them, saves his own neck for the time being. It’s a perfect depiction of how easily decent, everyday community leaders and parents can be led astray (or turn the other way) when visions of Ivy League pennants and summer homes dance in their heads. Where Bad Education gets slightly poorer marks regards Frank’s personal fall from respected teacher to embezzling superintendent. Though a couple late outbursts — convincingly enough executed by Jackman — suggest Frank sees his own folly, we always feel like we’re making assumptions about him rather than feeling for him or understanding him. We’re left wondering if the system corrupted Frank or merely showed his true colors. Great performances but not enough revelations.