Prolific indie rockers Guided by Voices are prepping to reissue a special 25th anniversary edition of Alien Lanes. Officially due out August 21st, the release is part of Matador Records’ newly launched Revisionist History series. To coincide with the news, GBV have also unearthed a rare documentary from that same era.

Limited to just 2,500 copies, the forthcoming reissue will be pressed on blue, green, and red vinyl. Each record also comes bundled with a GBV keyring/bottle opener modeled on an original design from 1995, when Alien Lanes was first released.

Alien Lanes, the first GBV album issued through Matador, features a total of 28 songs, including “Game of Pricks”, “Motor Away”, “Pimple Zoo”, and “Ex-Supermodel”. According to a lengthy new essay from leader Robert Pollard, the group was “fearless at the time we recorded” the LP.

“That’s why it bristles with insane energy and confidence. We were still riding the high accolades of Bee Thousand and probably should have succumbed to the critical pressure of a worthy follow-up. Instead we had, in our megalomaniacal view, mastered the instant gratification machine known as the 4-track and began recording song after song…” added Pollard.

Today’s announcement comes alongside the release of Watch Me Jumpstart, the rare 1996 GBV documentary directed by Banks Tarver.

Watch that below and head to Matador’s website to pre-order the reissue. Having just released new album Surrender Your Poppy Field, GBV have some tour dates lined up and you can grab tickets here. 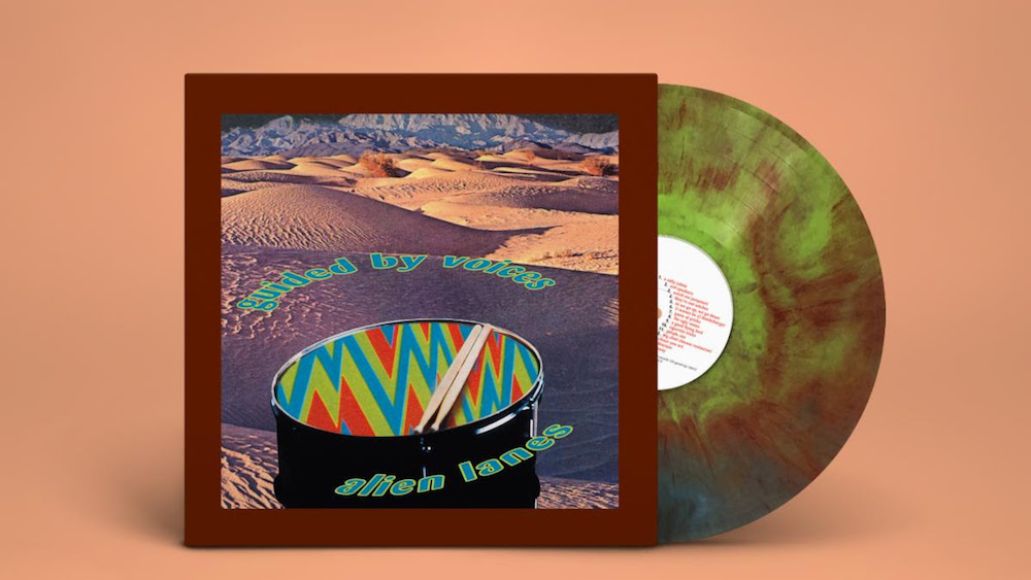 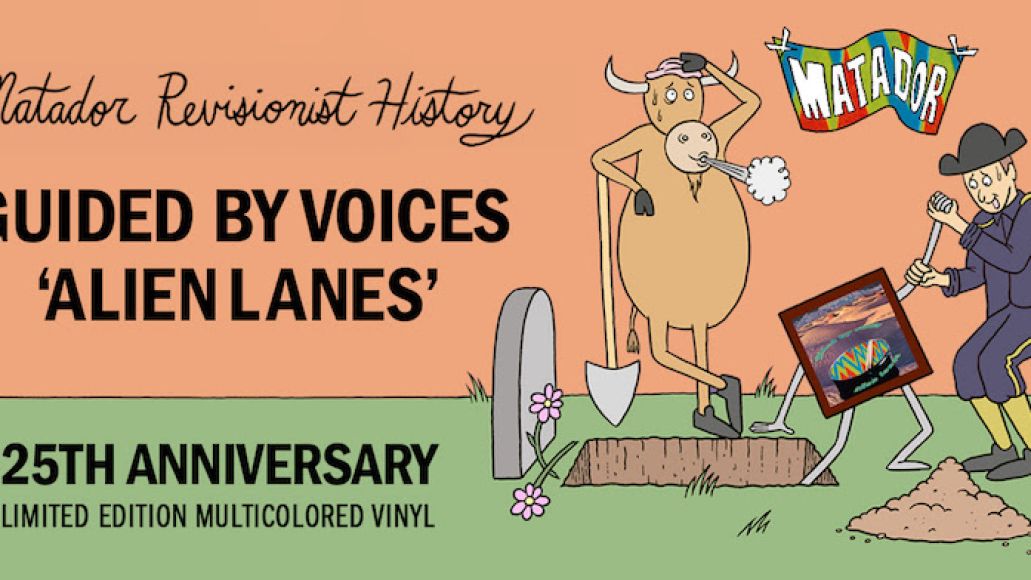 “We were fearless at the time we recorded Alien Lanes. That’s why it bristles with insane energy and confidence. We were still riding the high accolades of Bee Thousand and probably should have succumbed to the critical pressure of a worthy follow-up. Instead we had, in our megalomaniacal view, mastered the instant gratification machine known as the 4-track and began recording song after song with titles like “Cuddling Bozo’s Octopus”, “My Valuable Hunting Knife”, “Pimple Zoo” and “After the Quake (Let’s Bake a Cake)”.

The door had been opened for us to throw out as many weird ass ideas as we were capable of and we did. We even thought we were starting to look cooler and decided cool enough to have the entire back cover be a photograph of us in the basement looking pseudo intellectually laid back and stoned with long hair, stars and stripe gym shoes and a box of Tide in the background.

Our friend Kim thought the album was too bombastic. Too frenetic and difficult to digest. I agreed. We were proud to be putting out our first album on Matador and cock strutted accordingly. It cost us $10 to make. It’s worth a million. I personally think it’s better than B-1000 (but not by much). There are two different camps of GBV fans to argue and debate.

God bless 1995 and open hearted record labels like Matador (and Scat before them) for allowing bands like us, with the preferred limited resources, to remove the constraints and pre-conceived notions of the more industry-minded constituents who would have much preferred we destroy the cassette master of Alien Lanes in the better interest of sound manufacturing and what’s more agriculturally consumable. It’s better to leave the farm than to continue plodding through the cow shit.”