Three years after first forming to play Beatles covers at a birthday party and eventually festivals across the US and UK, alternative supergroup The Jaded Hearts Club is finally delivering recorded music. Last month, they shared their take on the Isley Brothers’ track “Nobody But Me”. Today they’re back with a cover of the “lost” Marvin Gaye song “This Love Starved Heart of Mine (It’s Killing Me)”.

Following the band’s guiding principle of “finding great soul and blues standards and recording them in a more modern style,” the band again taps into the Northern Soul/Motown era for “This Love Starved Heart”. Gaye actually recorded the tune in 1967, not long after his breakthrough “I Heard It Through the Grapevine”; however, the track wasn’t released until the 1994 rarities collection Love Starved Heart: Rare and Unreleased.

While The Last Shadow Puppet’s Miles Kane took lead on “Nobody But Me”, it’s Jets’ Nic Cester who steps forward for The Jaded Hearts Club’s latest effort. Backing him are guitarists Jamie Davis and Blur’s Graham Coxon, Muse’s Matt Bellamy on bass, and The Zutons drummer Sean Payne. Davis, who spearheaded the project, said in a press statement that they picked Cester to sing “This Love Starved Heart” because his “vocal has that gut-wrenching on-pitch scream and raw charisma that provide the driving power needed.”

“Learning to sing a song like this and giving it the respect it deserves meant really studying it with microscopic detail and then trying to forget it all again. The ease at which Marvin navigates his way through all the phrasing is so unbelievably effortless — I loved looking at the work of someone that talented. You really recognize and appreciate the soul of the man.”

Take a listen to The Jaded Hearts Club’s take on “This Love Starved Heart of Mine (It’s Killing Me)” below. In a press statement, Bellamy noted that the band picked 10 “of the greatest lost songs ever written” for the group’s debut album, so stay tuned for more word on that LP. 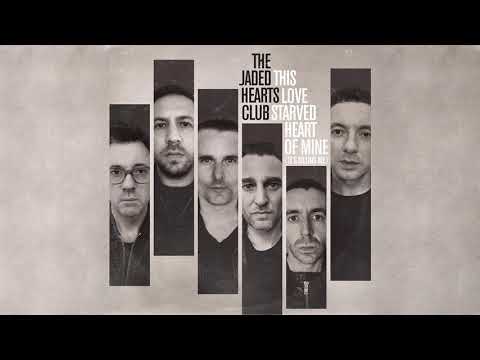