Finally, some good news out of Hollywood. Netflix has announced that Space Force, their much-hyped reunion between Steve Carell and The Office creator Greg Daniels, will begin streaming on Friday, May 29th. To drum up some hype, they’ve let loose a number of first-look photos and have since expanded the cast with another NBC veteran.

According to The Hollywood Reporter, Friends alum Lisa Kudrow has joined the space comedy in a recurring role. She’s playing Maggie Naird, the wife of Carell’s character, General Mark R. Naird. Things aren’t going too well for the couple, however, as she’s “growing in a different direction” after having “sublimated parts of herself to her husband’s career for two decades.”

Kudrow joins a blockbuster A-list cast that also includes John Malkovich, Ben Schwartz, Noah Emmerich, Tawny Newsome, Diana Silvers, Jimmy O. Yang, and Alex Sparrow. It should be noted that Netflix is sparing no expense with this production, seeing how Carell is making a cool million per episode. Perhaps that’s why NBC had to wave bye bye?

As previously reported, the comedy series is based around President Trump’s ludicrous Space Force idea and has been described as a workplace comedy a la Carell’s days at Dunder Mifflin. Here’s a new logline (via The Hollywood Reporter):

A decorated pilot with dreams of running the Air Force, four-star Gen. Mark. R. Naird is thrown for a loop when he finds himself tapped to lead the newly formed sixth branch of the U.S. Armed Forces: Space Force. Skeptical but dedicated, Mark uproots his family and moves to a remote base in Colorado where he and a colorful team of scientists and “Spacemen” are tasked by the White House with getting American boots on the moon (again) in a hurry and achieving total space dominance.

Yep, sounds exactly what we need right now: a.) something familiar in Carell and Daniel, b.) something off this godforsaken planet, and c.) something poking fun at the stupidity of our current administration. Color us excited and truly hyped for the show, particularly after seeing several shots from it, all of which you can peruse below ahead of take off in May. 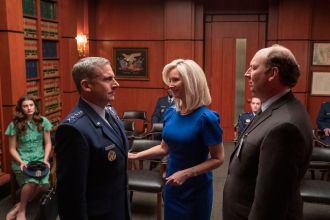 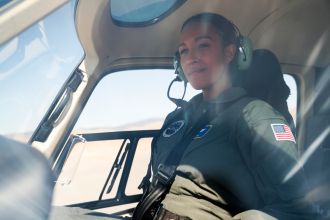 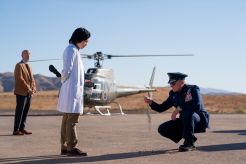 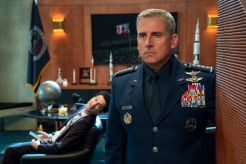 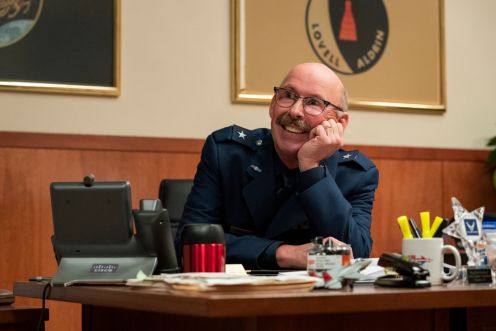