It’s always been notoriously difficult for a band to follow a surprise mega-hit album. The stakes are high, and the pressure’s on, with fans and critics alike waiting with bated breath — hopefully to sing its praises but possibly to tear it apart.

Such was the case for No Doubt on the heels of their 1995 record, Tragic Kingdom, which had blown up in a way the young Anaheim, California, quintet could’ve never predicted. Though it was their third studio album, Tragic Kingdom inarguably put the band (made up of keyboardist Eric Stefani, vocalist sister Gwen Stefani, bassist Tony Kanal, guitarist Tom Dumont, and drummer-percussionist Adrian Young) on the map. Released by Trauma Records and Interscope Records, the album earned No Doubt Grammy nominations, millions of album sales, and multiple charting singles.

In short, it would be a tough act to follow — and “tough” is just what making Return of Saturn proved to be.

Much had happened between the two albums. Tragic Kingdom features lyrics that glitter from the shards of Gwen Stefani’s shattered-heart post-breakup with bandmate Tony Kanal sandwiched with sunny ska tracks fit for skanking. Now, she was in an on-again, off-again relationship with Bush frontman Gavin Rossdale. (He was the inspiration for Return of Saturn’s first single, “Ex-Girlfriend”, and gave Stefani the idea for the album’s title.) Band members were growing up, entering their 30s, and buying big houses in the Hollywood Hills. 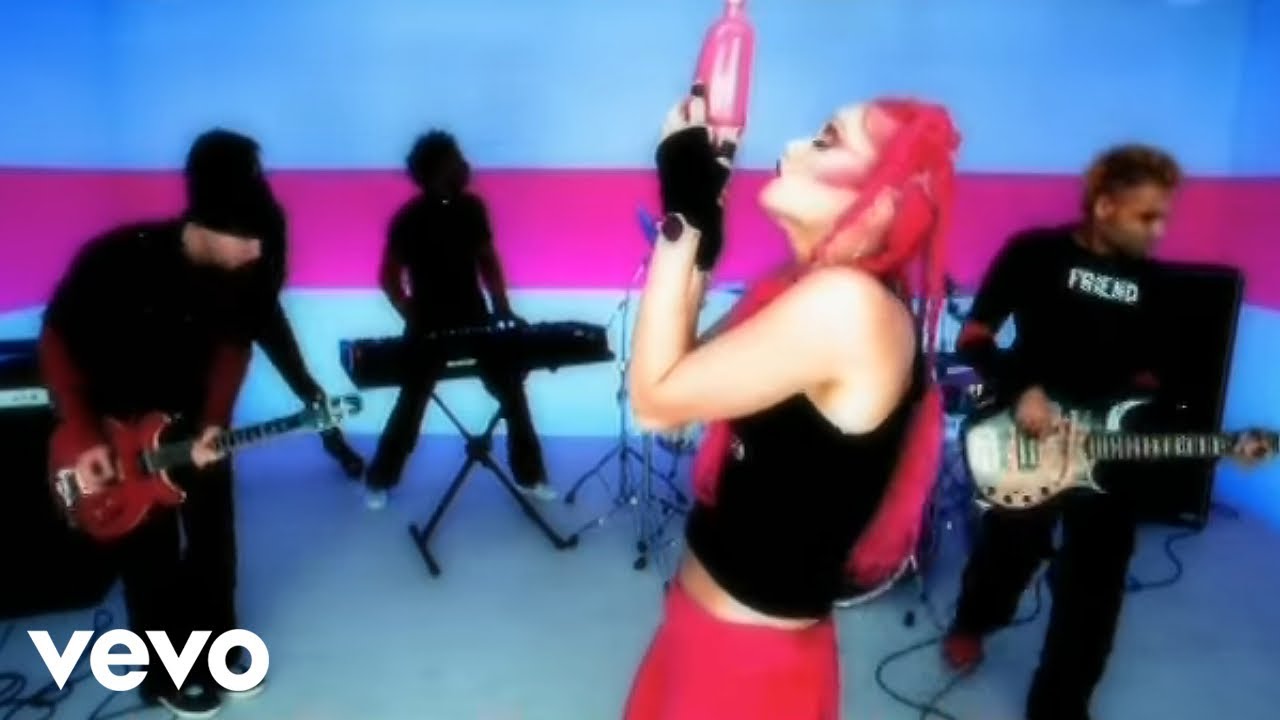 Return of Saturn illustrated a musical multifacetedness that ventured way beyond ska. The album bounces around from reggae to futuristic pop to ska-punk to swing, with a heavy dose of new wave throughout.

Eventually, the lyrics came. On Return of Saturn, Stefani writes unflinchingly about longing and ambiguity, but with cautious optimism that happiness is still within her reach. She ruminates heavily on what she thought her adult life would look like and what fame had launched it into. After all, she was a bona fide superstar now — wearing a tube top on the cover of SPIN, dyeing her hair My Little Pony pink, and inspiring young white girls around the country to stick bindis between their overplucked eyebrows. (One of Stefani’s first public displays of cultural appropriation, but not the last.)

Return of Saturn came out in the spring of a new decade, a new century, a new millennium (Y2K!). It seemed light years away from 1995. But while the album shows the band expanding to chart new territory and explore new frontiers, Stefani’s songwriting reveals her longing for the tropes of a simpler time.

Some may have seen the album’s lyrics as a sharp departure from Tragic Kingdom. After all, Stefani had proven she could hold her own and get a crowd rocking out as hard as anyone. While she wasn’t exactly aligned with the riot grrrl movement that had also come out of the ‘90s (Hole frontwoman Courtney Love reportedly once flippantly referred to her as a “cheerleader”), in a way, she wasn’t being contrary to the likes of Kathleen Hanna and Kat Bjelland: they were all women saying what they wanted, without shame or minced words. 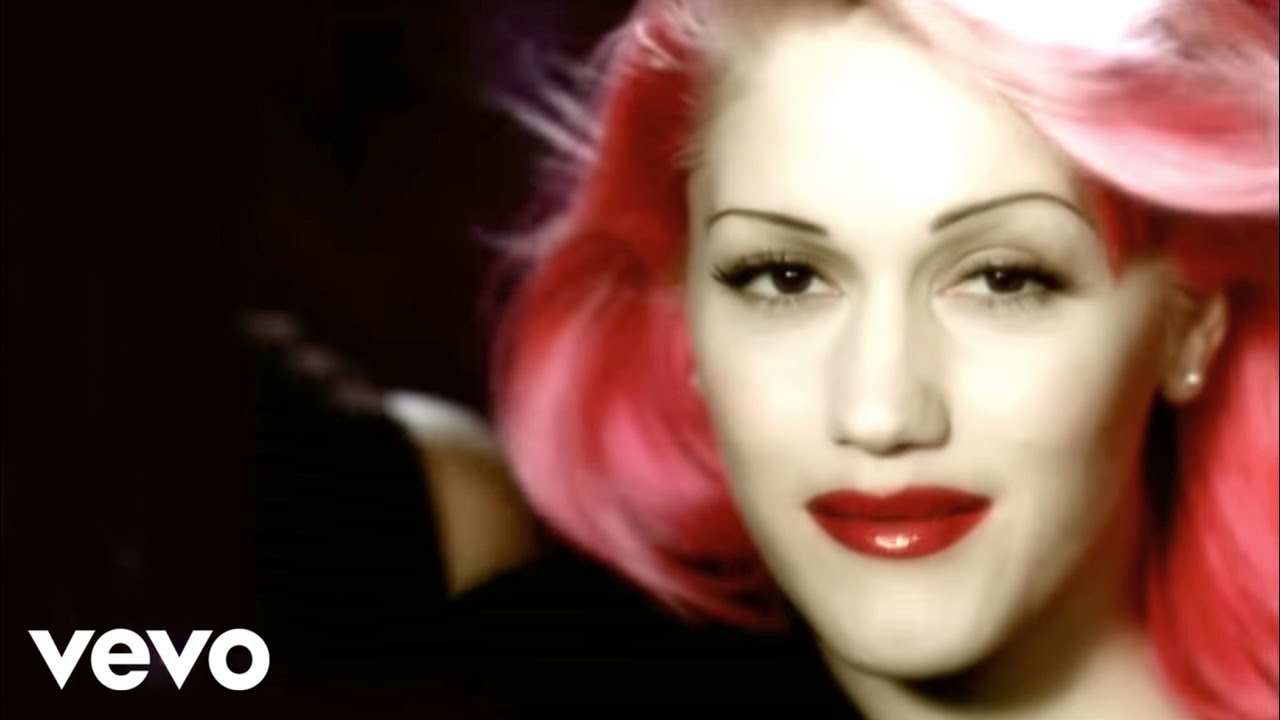 The album starts with the punchy anthem “Ex-Girlfriend”. (Kanal plays the ex in the video, as he often does.) In a prescient twist, Stefani penned the song not about Kanal but Rossdale, her newfound muse. “Simple Kind of Life” then slows things down as Stefani croons unabashedly about how she once longed for “a simple man,” so she could be a wife (in past tense), before lamenting, “Now all those simple things are simply too complicated for my life.”

Stefani isn’t shy about expressing her desires for marriage and motherhood. On “Six Feet Under”, she’s ostensibly bemoans having to take birth control: “Subconsciously motivated/ Natural instinct/ Alter nature for the pleasure/ Orthocycline.” (The “Simple Kind of Life” video features a giant lit-up birth control pill pack in the background as she sings, “I always thought I’d be a mom/ Sometimes I wish for a mistake.”)

Critics greeted Return of Saturn with warm, generally favorable reception. Entertainment Weekly said the album “has enough mature oomph in its saddle to satisfy.” Village Voice graded it a C-plus. Rolling Stone called it “a superstar follow-up that not only betters its predecessor but also radically departs from it.” AllMusic said, “It’s melodic, but deceptively complex; it can seem frothy, but it’s never frivolous.”

This seems like a particular triumph, given how clearly comfortable male critics at the time felt assessing the album within the context of Stefani’s larger-than-life persona and raw, confessional lyrics. Many reviews, like that from NME, take stabs at the singer’s personal life that veer into downright condescension: “Poor old Gwen Stefani, frontwoman in No Doubt and off-again, on-again girlfriend of Bush’s Gavin Rossdale, has a lot to learn.”

The album’s name serves as an apt summation of its overall theme. The Saturn return is an astrological concept considered a cosmic rite of passage, a time when the planet returns to the same place in the sky it was when you were born. A Saturn return usually happens during one’s late 20s, already a common crossroads for reflection and existential questioning. In “Artificial Sweetener”, the track whose lyrics include the album title, we see that uncertainty made plain through lines like “I’m only sure that I’m not sure” and “Who’s behind it all now?/ Who’s the author?”

But not everything is such a mystery. In “Marry Me”, Stefani lilts, “I wouldn’t mind if my name changed to Mrs./ This is one side, my conventional side/ An attraction to tradition, my vintage disposition,” before sing-crying “Who will be/ The one to marry me?” (Rossdale called the song’s lyrics “Kind of a sledgehammer of a hint.”)

Sledgehammer or not, he got the message. Stefani and Rossdale tied the knot in London in 2002, two years after Return of Saturn’s release. During their 14-year relationship, they had three kids, Stefani embarked on her own solo music career, launched her own fashion line, dipped her toe into film acting, then landed a spot as a coach on network TV show The Voice.

Maybe you know what happened next, or maybe you don’t. Stefani and Rossdale’s marriage imploded in 2016 amid rumors that Rossdale cheated. No Doubt released two more new albums, Rock Steady in 2001 and Push and Shove in 2012, then went on an indefinite hiatus. Kanal, Dumont, and Young ventured out into their own solo projects, collaborations, and productions. Stefani met her now-beau, country singer Blake Shelton, on the set of The Voice. The bleach-blonde rocker falling for the cowboy boot-wearing Oklahoma crooner caused many longtime fans to scratch their heads, but if you spin No Doubt’s 2000 album and really listen, it starts making sense. Hell, it almost sounds like manifesting.

On Return of Saturn, Stefani calls for her own style of feminist revolution — one wherein she can be a superstar artist and business mogul while reveling in the roles of motherhood, romantic partnership, and all the other pieces that make up her idea of a simple kind of life.