On Friday, as promised, Post Malone performed a full set of Nirvana covers for charity. As we already reported, it was a major success, having raised millions upon millions of dollars to The United Nations Foundation’s COVID-19 Solidarity Response Fund for The World Health Organization (WHO). Try saying that three times faster. Sheesh.

It wasn’t just Post’s star appeal that drew everyone in, though. The 24-year-old rapper clearly capitalized on his love for the legendary grunge rockers, and it showed as he powered through the thunderous 15-song set. He didn’t just play the hits; he went deep into Nirvana’s tragically short catalogue, leaning on tracks that spoke to his fandom. After all, let’s not forget, the guy has Nirvana inked all over his body.

Beyond the integrity of the whole shebang, Post Malone’s charity hour felt like an honest-to-god event. Seeing the full band on display — Post in his Cobain best, Travis Barker adding some muscle to his pummel to match Dave Grohl, Brian Lee and Nick Mac standing in for Krist Novoselic and Pat Smear, respectively — helped us forget the fact that we have zero fucking clue the next time we’ll see this kind of energy in person.

Having said that, as a longtime Nirvana fan, this writer wanted to pay homage to Post Malone’s homage by ranking all 15 of his covers. Because unlike Puddle of Mudd’s Wes Scantlin, Post didn’t make us cower when he revisited Cobain’s work, he charmed our flannel off. And, let’s be real, he probably earned a shitload of new fans who probably are streaming “Rock Star” right now and thinking, Yeah, okay, I buy it.

Not a bad thing. 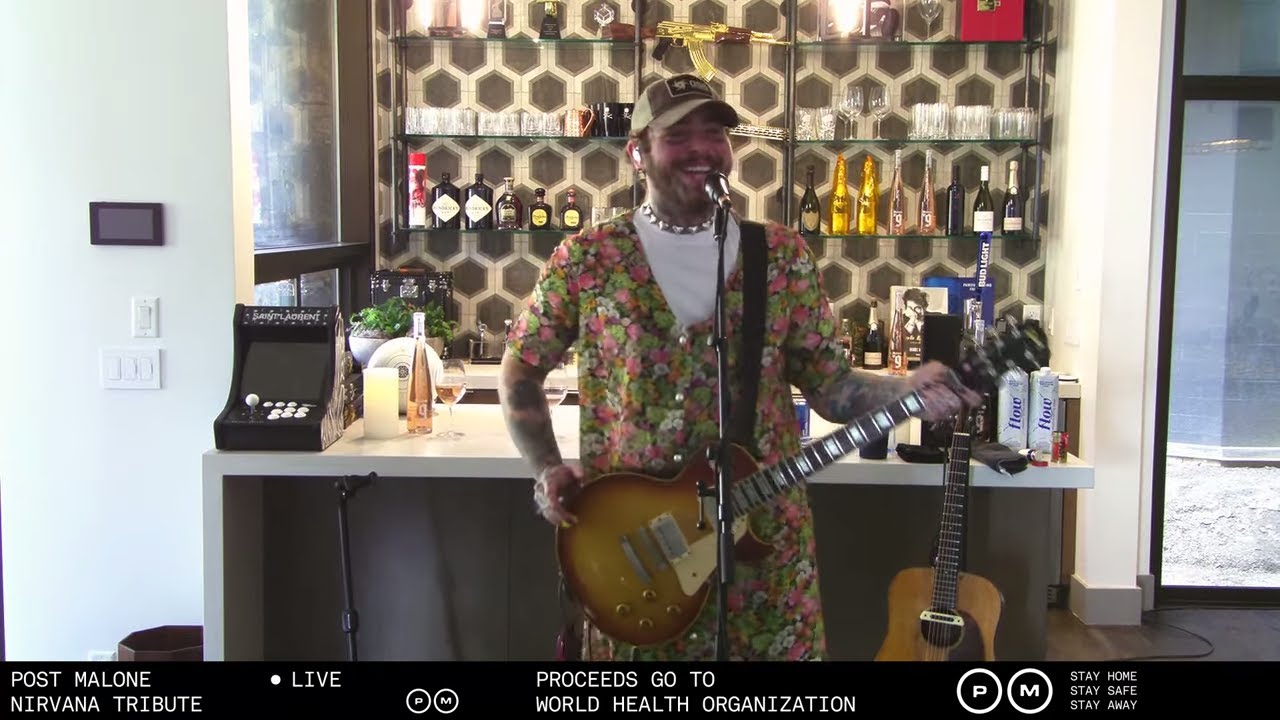 “It’s a mouthful,” Post admits at the end. No shit, dude. Take a breather. While they admittedly get points for even attempting this Nevermind deep cut, it’s just too tall of an order, and the verses either come off sounding boozy or woozy. Unlike so many singers attempting the Seattle trio, Post actually handles the rasp of Cobain quite well, but this is, as he says, a mouthful indeed.

Out of all the songs in Nirvana’s catalogue, “Heart Shaped Box” just shouldn’t be touched. The up-and-down rhythm of the song always comes off wonky in other hands, and the choruses never not sound like a nu-metal jam whenever anyone else tries to conjure it up. That’s certainly the case with Post’s rendition. Despite some incredible percussion by Barker, and even some creative effects on the guitar, it just screams 1999.

Post is no stranger to the acoustic guitar — and has even performed Nirvana songs live with the six-string previously — but his rasp feels a tad too perfunctory on this one. Too performative, if that makes sense. It’s not bad, and certainly has an edge over, say, Jerry O’Connell in Jerry Maguire, but it’s the rare moment of this set where they sound like a neighborhood bar band. Even so, the violin is a nice and essential touch.

Well, it’s certainly better than Scantlin’s take. Granted, that’s not too hard, but at the very least, Post knows his limits here. Their spin on the Bleach single finds that gooey middle between the studio version and how Nirvana played it live. It’s a smart move, and the four get by mostly unscathed, especially Post who’s tasked with those unenviable verses. They require such a delicate dance that nobody but Kurt (and maybe McCartney) could deliver to perfection.

Everyone with a $100 guitar and first-hand knowledge of Nirvana tries to cover “School”. And most of them fail. The verses are a cinch. The breakdowns are easy-peasy. But that chorus? It’s just two words, but oh they’re so difficult. Post nails literally every single aspect of the song, but his “No recess” is a little too Buckcherry for this writer’s tastes.

Same situation as “School”: Love the verses, kind of meh on the chorus. So, why is it higher? Well, for one, this is a far more complicated track with a ton at stake. While the choruses leave much to be desired, Post really outdoes himself on the verses, adding some sexy angst that lends a nice touch to the energy at hand. 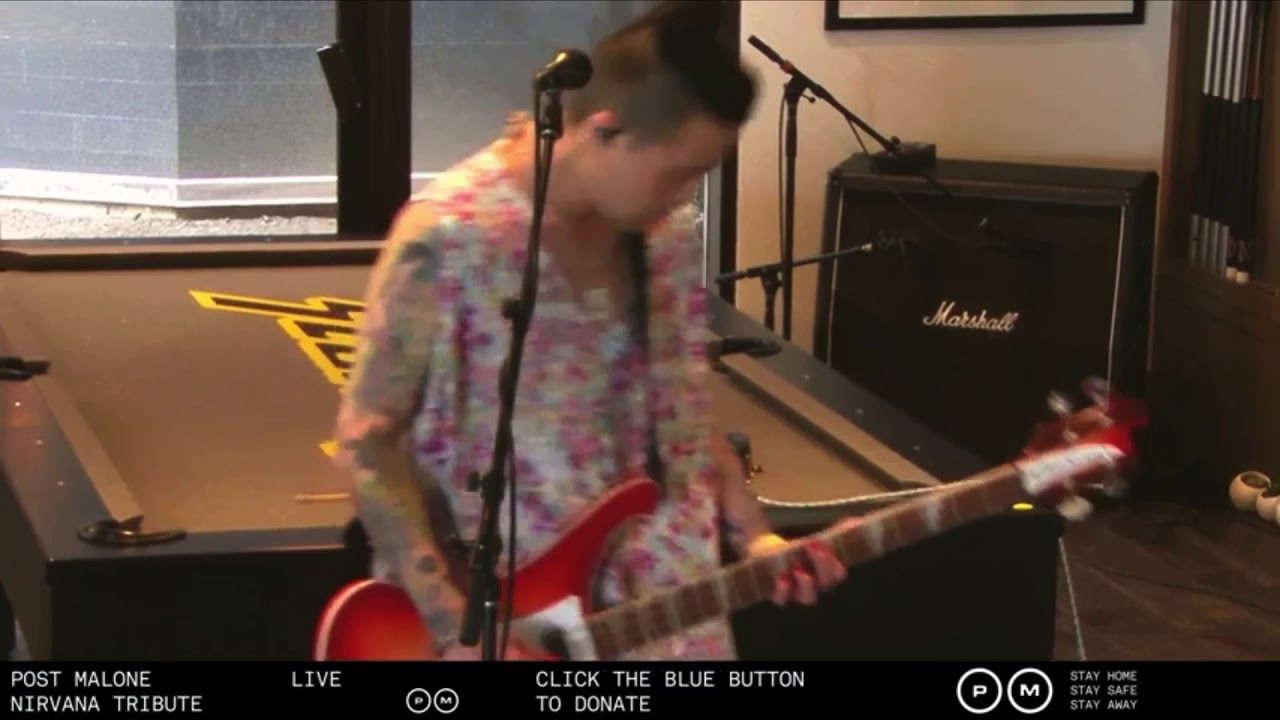 This one’s always been tricky, if not impossible, to replicate. Unless you totally change it up, the Nevermind single just doesn’t work without the edge the original trio carried. Post gives it his all, though, even adding some hair metal squeals to the verses, but it feels a little more prescriptive than the other tracks. In hindsight, it helps that Post has performed this track previously, and you can tell in the way he really grooves into the repetition of “Memoria…”.

You know, I kind of love the meatier, throatier verses on this one. Perhaps it helps that they’re aided with some much-needed harmonies, but this one just sounds like a natural fit for Post. The way he sings the titular lyric also oozes with that slacker charm that Cobain presided over. It’s a great one-and-done cover.

This one was a surprise. A delightful surprise at that. Lots of kinetic energy to this one, and if it weren’t for Post’s own signature snarl, you’d probably think someone was just playing In Utero in the other room. It’s pretty dead-on, even if Post thinks he “fucked up the end.” Hardly noticed, man.

Two times the charm? No kidding. You know, sometimes when it comes to covering Nirvana, you just gotta get sloppy, and that’s the beauty of their run here. The tongue-in-cheek reference to The Youngbloods intro, the false start, the way Post just spits all over the mic toward the end, not even trying to sound like Kurt anymore, there’s a lot of character to this cover. Hell, Post almost fainted.

Seeing how Post has the song title tattooed on his fucking face, this one was probably a cakewalk for him. Wrong. Based on the red flush in his cheeks and the sweat dripping down his forehead, the Nevermind gem was clearly a workout for the guy. Well, he flexed the right muscles, and the adrenaline he brings to the verses and choruses here speak to his love for the track. 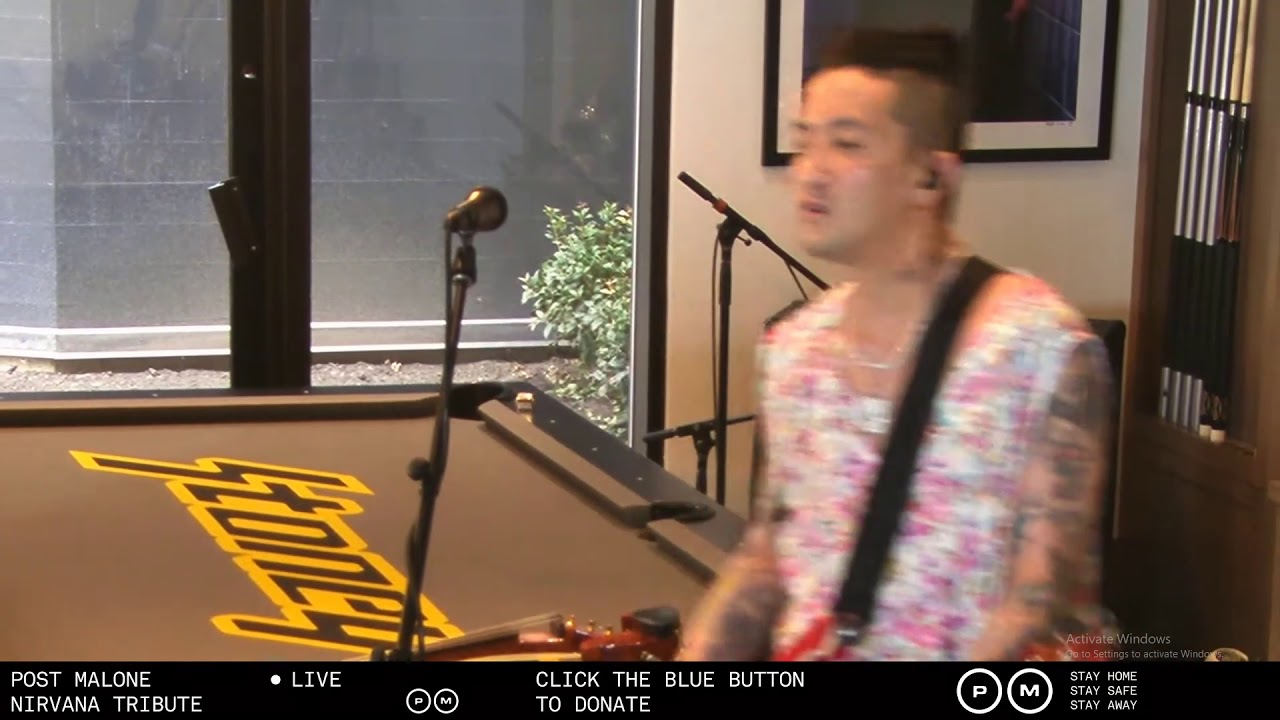 By opener “Frances Farmer”, Post proved he could handle the soft-loud dynamic that made Cobain so invigorating (even if he the late singer admitted to cribbing it all from the Pixies). “Drain You” capitalizes on that exchange, and the rasp is sugary sweet coming from Post’s lips. They also just fucking nail that breakdown and comeback towards the back half.

There’s nothing worse than hearing some drunk bastard butcher this song during karaoke. That chorus is just a true pitfall to anyone not up for the job, and has devastated many a person. Fortunately for Post, he was more than ready, and you can tell in the way he seamlessly slides right into the wailing. There’s no pause. He just goes. That’s some talent, and likely impressed Novoselic, who apparently had logged on right before.

01. “Frances Farmer Will Have Her Revenge on Seattle”

For starters, major kudos to Post for tackling this one. “Frances Farmer…” is one of the more underrated gems off of In Utero, and so often forgotten by even the most die-hard Nirvana fans. The fact that he opened with the track says two things: 1.) He also feels the same way and 2.) He probably knows he sounds best on this.

Covering Nirvana is always dicey at best, and he knew he’d have to win over the pessimists right out the gate. Needless to say, as the dollars and cents prove, he succeeded. That delivery of “I miss the comfort of being said” just drips with all the necessary angst, putting every naysayer in their seat with the utmost intrigue.

It’d be great if he played this live when all this is over.

It should be noted that the United Nations Foundation’s COVID-19 Solidarity Response Fund for The World Health Organization (WHO) are still taking donations as of publishing. If you’ve got something to give, head on over here.