Later this month brings the star-studded Grammys tribute to Prince. In anticipation, The Prince Estate and Legacy Recordings have released a rare live EP onto streaming platforms for the first time.

Live at the Aladdin Las Vegas Sampler features four songs recorded in December 2002 during the funk legend’s residency at the Aladdin Theatre for the Performing Arts. The tracklist includes “Pop Life”, “Gotta Broken Heart Again”, “Strange Relationship”, and “Sometimes It Snows in April”.

The sampler was sent to US radio stations the following summer in order to promote Prince’s Live at the Aladdin Las Vegas DVD, but is now being made available for everyone to hear. Listen to the entire EP below.

The full Live at the Aladdin Las Vegas DVD, which has been long-out-of-print, is being reissued on May 29th as part of the five-disc collection Up All Nite with Prince. That larger release also includes The Purple One’s first two live albums, One Nite Alone… Live! and One Nite Alone: The Aftershow… It Ain’t Over!. The pair of live records will also be pressed on vinyl individually for the first time. Find pre-order information for all of the upcoming reissues here.

“Let’s Go Crazy: The Grammy Salute to Prince” will air Tuesday, April 21st at 9 p.m. ET — the fourth anniversary of the musician’s death. The lineup boasts everyone from Beck and Foo Fighters to St. Vincent and Earth Wind & Fire. 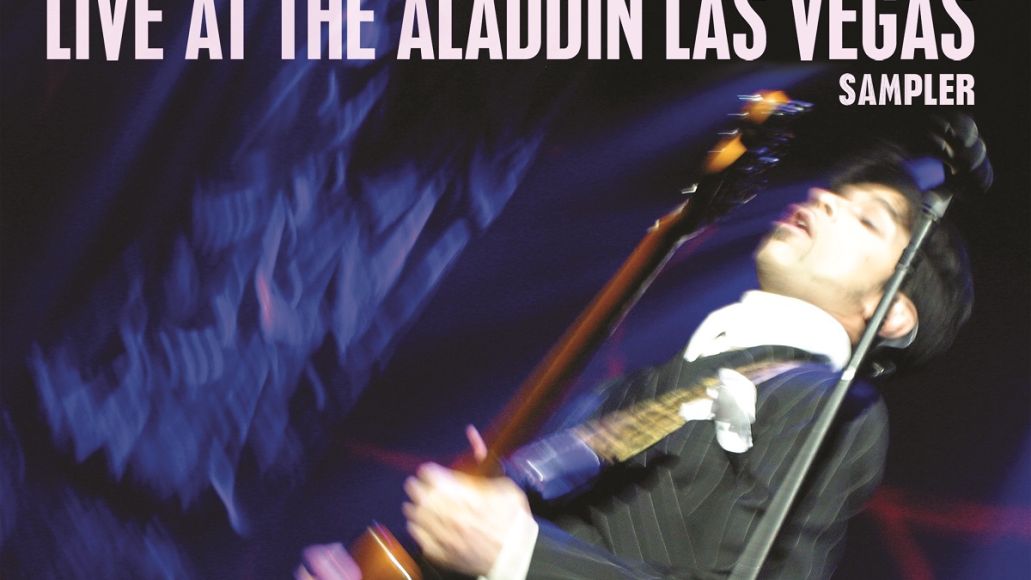 Sheila E. discussed her time working with Prince during a recent appearance on Kyle Meredith With…. Revisit the episode below.