There’s a certain something about jazz fusion. It slaps you hotly in the face with a single note, the sting spreading almost instantaneously. Before you know it, you’re spinning out — floating in a sonic whirlpool at the mercy of the maestro behind the beat.

I don’t remember how I met jazz, funk, or fusion. But I do remember that suddenly, they were everywhere — strewn across everything and impossible to scrub out. I was hopelessly hooked and always convinced that whoever was behind the sound was the coolest motherf*cker in any room.

And that’s exactly how I feel tonight pressing play on Thundercat’s new record, It Is What It Is. Sitting crisscross on the floor of a nearly empty new apartment, nursing a glass of whiskey, I close my eyes and Stephen Bruner calls out against the subtle atmospherics of “Lost in Space/Great Scott/22-26”: “Hi, hello/ Is anybody there?/ Let me know if you can hear me/ It feels so cold/ And so alone.” It’s the perfect introduction to the darkness that awaits listeners on Thundercat’s diaristic new disc, a perfectly timed kamayamaya to a gal holed up in a brand-new city, isolating with millions she’ll never meet or speak to as a pandemic ravages the globe (hey, It Is What It Is). 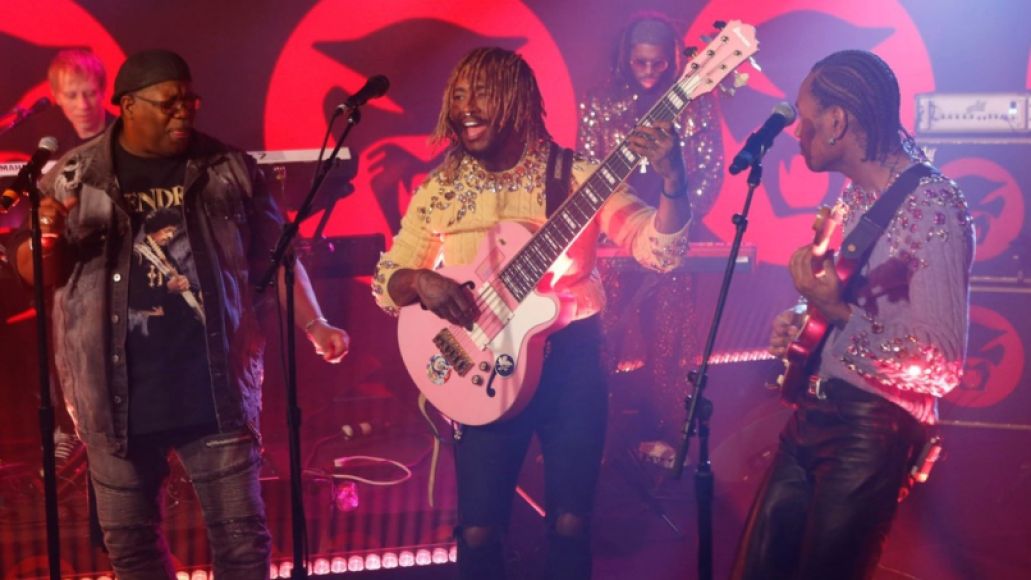 Above all else, it’s a crystalline example of Thundercat’s encapsulation of the ethos of funk music: finding the balance to being musically adept, conceptually wacky, and fiercely cognizant of the world around you — and the central pillar of jazz current day: freedom from convention. Thundercat starts when he wants to, ends when he wants to, is never compelled to rhyme because you think he should, or to fit into your traditional understanding of how a song should look or sound. It’s a beautifully constructed and haunting 38 minutes of tracks dealing with loss, fear, heartbreak, and acceptance that bleed into and all over each other.

Listening to a Thundercat record feels a lot like floating in a deep-space stream of magical realism on that Toonami ship from my childhood. You know the one. The sentiment goes beyond Bruner’s outspoken affection for anime. In so many ways, jazz and anime are cut from the same cloth, sailing along the same trajectory, bound to be stretched and skewed in the 21st century. When we sit down to listen to Thundercat, or when we turn on an episode of our favorite anime, we suspend our own realities and plant ourselves firmly in a fantasy world of sound or image with, if we’re lucky, just the right amount of cutting criticism of our own day to day. In the same way that the genres Thundercat embodies have pushed forward into a shrugging off of convention in the mainstream, so too has anime.

And, of course, anime has been preoccupied with jazz music for some time now. Some of it is batshit, but most of it is downright stirring. From being woven into the literal fabric of shows like Cowboy Bebop, to giving fans some of the best OSTs in series like Kids on the Slope, mainstream anime music has become so much more than the dizzying hits played out across dramatic fight scenes. At their very best, anime and jazz act as spirit guns for those of just looking for a little clarity and escape.

So, whether you’re looking to edify yourself in two genres with origins on opposite ends of the world but with more in common than you may have previously thought (there’s a metaphor here somewhere), or just in need of new ways to spend your time in quarantine, here’s a list of anime series that go hand in hand with Thundercat’s latest collection.

Six Perfect Anime Pairings for Thundercat's It Is What It Is