Prince Paul Atreides has arrived. This morning, Vanity Fair unleashed the first photo of Timothee Chalamet in Denis Villeneuve’s forthcoming adaption of Frank Herbert’s Dune. The photo is part of an extensive first look that the publication will run on Tuesday. Update: More photos and details from Dune have been revealed.

Not gonna lie: Chalamet looks rather illustrious as the royal hero. According to a caption, he’s currently leaving the oceanic comforts of his home on Caladan for the much more desolate and dangerous Arrakis. You can see the transports above him.

“The immediately appealing thing about Paul was the fact that in a story of such detail and scale and world-building, the protagonist is on an anti-hero’s-journey of sorts,” Chalamet told Vanity Fair. “He thinks he’s going to be sort of a young general studying his father and his leadership of a fighting force before he comes of age, hopefully a decade later, or something like that.” 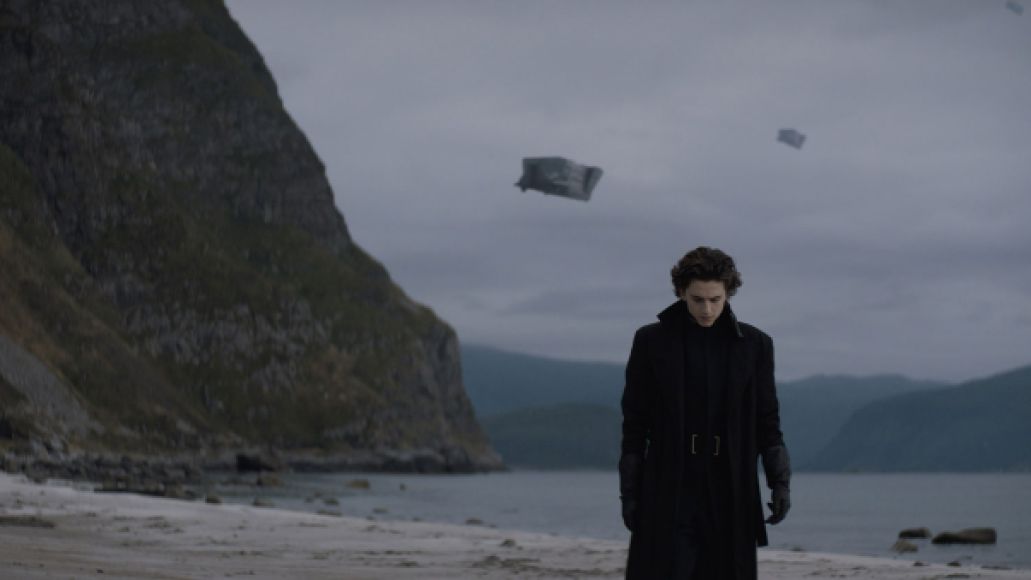 Here’s the official synopsis, as based on a screenplay by Villeneuve, Eric Roth, and Jon Spaihts.:

A mythic and emotionally charged hero’s journey, Dune tells the story of Paul Atreides, a brilliant and gifted young man born into a great destiny beyond his understanding, who must travel to the most dangerous planet in the universe to ensure the future of his family and his people. As malevolent forces explode into conflict over the planet’s exclusive supply of the most precious resource in existence—a commodity capable of unlocking humanity’s greatest potential—only those who can conquer their fear will survive.

The logo for Denis Villeneuve’s ‘DUNE’ has been officially revealed. (Source: @dunemovie) pic.twitter.com/Lgaow4oRHa

Here's Your First Look at Timothée Chalamet In Dune